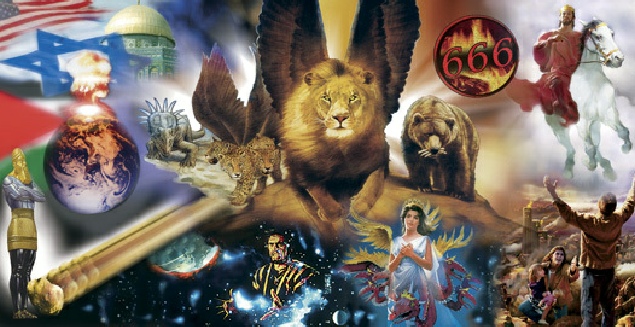 Once the hold -your -breath waiting period for the end of the world went by, it became evident that instead of going out with a bang, the world was going to thrash around for awhile and possibly die a long, slow death from mortal wounds. This has obligated the dooms day prophets to switch their morbid chant from immediate shut-down to End of Days.

There is some merit to the fervent prophecies of the Bible wielders. As a secular society, we have a tendency to leave religion out of the equation when we polish our banners for war, yet in every way, the war in the Mideast is a convergence of religions. Broken into the simplest language, we have the power struggle between the Sunni and the Shiite; both Muslim, both with their share of extremists. But that’s not all! We have a Jewish nation that has not been getting along very well with its neighbors and we have Christian nations pushing up out of Africa and adding their voices as emerging countries.

When Politics and Religion Mix

It becomes even more complicated when religion and politics mix. Politically, many of the religious opposing forces are also the ones struggling to obtain or maintain government power. This is a little difficult for secular society, especially in the Western World, to wrap around. Politics have been politely refrained from religious classification, and neatly divided into such party labels as “socialist”, “democratic”, “republican”, “communist” with little thought as to battling it out with different religious sects.

However, the Western World is dominated by a Christianity that had its own religious split in the sixteenth century that lasted over a hundred years. What started as a disagreement among a handful of religious scholars and the Roman Catholic Church soon escalated into a political struggle as princes not only reject the Roman Catholic teaching, but seized Church land and outlawed the Roman Catholic faith. The 124 years of war that converged on Germany left the country in ruins. 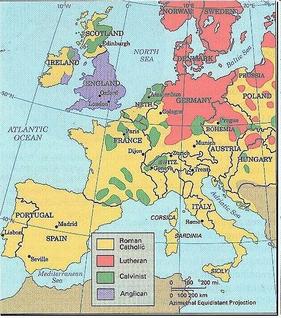 The battles became further complicated by the Peasant’s War of 1524-1525. Not only had they accepted Protestantism, they wanted some land reforms and more economic advantages. The princes straddled their fences; using Roman Civil Law in an attempt to control them, even though they had broken away from the Catholic Church. The result was wholesale slaughter of the peasants whose only back-up was the encouragement of Protestant religious leaders, some nobles and enlightened scholars.

The Break into Secularism

The bloodbath horrified enough people to begin contemplating a secular society where politics were carefully separated from religion. The majority of the thinkers who began shaping the ideals of religious freedom within a governing framework were not atheists, but Christians. Their intellectual labor lit that novel spark termed “the Age of Enlightenment”. The elegance and philosophic politics of that era laid the ground work for many of our Constitutional freedoms.

In the book, “The Next Christendom”, Phillip Jenkins takes a positive view of the emerging African Christian nations bordering the predominantly Mid-Eastern countries. He points out that Muslims and Christians have been living side by side in that region of the world for centuries and that culturally, they are very similar. Only their religion separates them. At the same time, he visualizes a rebirth in Christianity.

The new Christianity, he states, will be based on a far more spiritually grounded faith than the Christianity of a Western civilization that has by now, become so influenced by secular viewpoints as to have lost much of the early basis for its religious doctrine that had been established on miracles and supernatural activities. The New Christendom will be a people with strong beliefs in mysticism and spirituality.

Jenkins believes the Christianity rising up from the emerging countries will not only have a positive effect on Western religion, but will greatly influence developing global politics. Part of the change will be due the policy making of the Christian dominated southern hemisphere countries and part to the inevitable migration of Southern Christians into Western culture. Their decision making will be more closely related to the teachings of Jesus Christ, with an emphasis on compassion for the poor, resulting in better programs for coping with poverty and greater employment opportunities for the disadvantaged.

The Latin American communities, predominantly Roman Catholic, are an example of religious based political doctrine. Many of these countries, which had once experienced severe economic disparity, are now engaged in socialized programs which improve the educational base of their citizens, provide low-cost health care and seek to create a higher quality of life through improved living conditions, fair wages, benefits and laws that are friendly toward small and medium sized businesses. 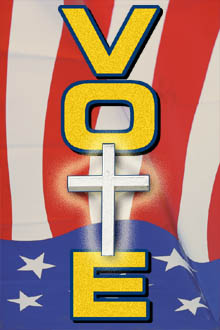 What Secular Society Could Lose

The Next Christendom could also move in another direction. Laws could become instituted that hamper a woman’s ability to work, make divorce difficult and limit the free expression of opposing religious viewpoints. This possible direction into law-making based on restrictive Christian doctrine is already reflected in some of the current political trends. At the same time that gay rights and the woman’s movement are gaining broad-based acceptance among voters and legislators, the voices of opposition are also increasing in their momentum. Military personnel complain of an inability to practice a non-Christian religion or no religion at all. Lobbyists campaign for creation theories to be taught in public schools as an earth science although many of the fundamental statements made by creation theorists are not supported by geological evidence, but by Biblical text alone.

When Morality Enters the Equation

Secular society has kept a balance between religion and politics for several hundred years in the Western world, as a developing awareness that moral choices are based on an inner ability to separate right from wrong, and not the dictations of a specific religion. However, when we look at modern morality, we begin to wonder how far we’ve pushed the boundaries. Beyond sexual permissiveness, we see a self-indulgent society with more interest in buying a second car than in whether or not poverty line children should receive free school lunches. We see a corporate machinery that has removed the human equation from its ledger and presented a spread sheet of ways to make the greatest amount of profit and increase company assets.

The moral factor that has struck rebellion in the emerging countries is the question of whether an elite group has the right to institute a government and make laws that favor the financial prospects of one sector of society only, creating an uneven distribution of wealth. Many of these countries have gone through a series revolutions over the last hundred to one hundred fifty years. Beginning first with the over-throw of colonialism and monarchies, they have suffered at the hands of wealthy dictators and ruthless tyrants. Financial assets and resources remained tied within the purse strings of a few. Their struggle has been one of finding a balance between stimulating their economy through industry and trade and spreading the prosperity it initiates among their people. 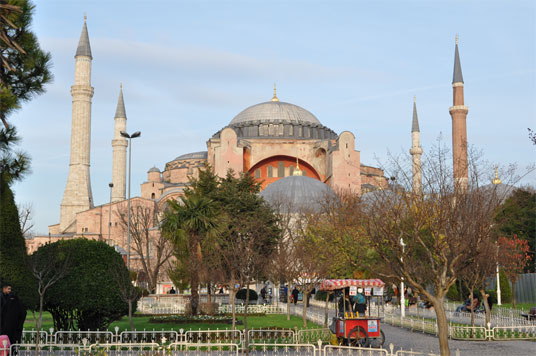 Many developing countries have chosen to nationalize their natural resources and limit corporate development. Anti-capitalist policies have not agreed well with the US Government since the Cold War. Although the argument for US intervention in global conflicts is the liberation of the citizens and the establishment of democracy, historically it has never placed itself in the middle of a revolution unless it looked like the guys that were going to win were fighting for a socialist government. It has benevolently supported a number of ruthless dictators, both within the Latin American countries and the Mideast, as long as they signed agreeable US trade agreements.

Moral questions grow steadily more urgent in the Mid Eastern countries. There has, in fact, been chemical weapons used in a number of instances, such as the invasion of Iraq into Iran during the eight year war the began in 1980. Yet retaliation has been the use of depleted uranium weapons and drone strikes. Religious factions struggling to gain the government seat are further split by political alliances and nationalism.

With Change on the Horizon

The Mideast has becoming a converging point for three of the world’s greatest religions and an arena of seething politics. What is settled in the Mideast will have a global impact. Western society with its Christian influence will be tested as to its true ability to share borders and advance equal consideration for Muslim nations. Christian religion itself, may change as the African and Latin American Christian nations spread their influence into a spiritually lacking Western Christian world. This influence could create a more restrictive society, or it could follow a more religion more closely related to the original text, with tolerance for all belief systems and a greater interest in humanitarian principles.

What is settled in the Mideast has no expiration date. It is an answer that will arise out of chaos, when the human condition can no longer bear the blood letting. What is settled will also be left to each of us individually. The conflicts in the Mid East are reflected in our own conflicting viewpoints. Power struggles to influence the shape of government politics result in name calling, finger-pointing, accusations, distrust and deliberate sabotage of the political process. The gap between fundamental Christians, traditional Christians, atheists and agnostics grows wider.

Neighbors turn against neighbors over party loyalties and irrelevant issues. Individual states rumble with threats of succession, random acts of violence explode in the streets, and the prisons swell from the growing numbers of those who are not in compliance with the law.

Opening Up to a New World

We have reached a stalemate in our ability to thrive as a democratic country and to stand by principles of natural liberties. We recognize the need for change, but the recognition has not yet been applied to listening to new ideas, mutual cooperation and adjusting our viewpoints to accommodate the views of others. We have not accepted that we do not know all the answers. In this Armageddon that spreads out its flames of anger and discord, there is no single entity, no particular belief system, no political ideal that will extinguish the fires of our scorched world.

The change must begin within us, individually, as we evaluate our moral and ethical considerations. We are a global society, connected by instant communications. Each day we learn new information. How we use that information will make a difference in the structure of the new world.

Each day brings us a new opportunity to learn tolerance and understanding of other races, cultures and religions. Each day gives us the opportunity to go past our differences and discover the delightful areas where we are the same.

We advance deeper into chaos as our various differences clash and collide in a contest of wills, yet in the gloomy setting of a world in conflict are the future thinkers, philosophers and revolutionary leaders. From out of the destruction of Mid Eastern conflict, there may arise, as it had in war-riddled sixteenth century Germany, a new enlightenment, a new ideal and a more equitable vision for the world.

Karla Fetrow: As we enter the twenty-first century, we must grapple with the problems facing a changing world where politics and religion collide. The wars in the Mideast are a reflection of the chaos that lies in every one of us.