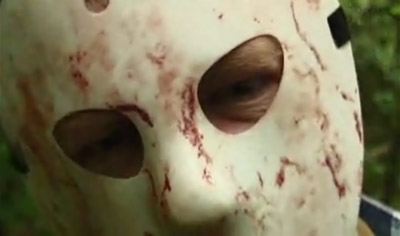 With the way psychopaths are so lazy and unimaginative today, you would think that people have forgotten the fine art of tormenting and stalking a victim right before the inevitable kill—which might come from bludgeoning a person to death ala The Walking Dead, or dropping bombs ala The Democratic United States. Tormenting the victim is what makes the kill worthwhile, as any movie serial killer from Frank Booth to Anton Chigurh to Norman Bates have demonstrated.

As for methods of death, I personally prefer the samurai sword, the 1960s Batman-esque grinder to the crotch, or perhaps the chemical killer mold that inevitably turns normal people into lizard people. That is to say, I prefer to suffer through them as a victim, rather than take a gunshot to the head, which is rather cliched nowadays. I am a non-violent person, and usually play the part of the death threat recipient, the threats usually stemming from the release or re-release of my book, “Attempted Rapture”.

Still, if I were to give advice to a serial killer, a one-crime psychopath, or drama queen pretending to be a killer just for a dopamine high, I would suggest these five tips on how to look and act the part of a genuine psychopath when you chase some poor soul (who probably deserved it) down the dark corridor. Remember that everything is show business, including the lowest points of your life you’d rather not think about—but which make great party conversations. (“Remember that time you tried to kill me? LOL Yeah, that was awkward, dude!”) If you really want to scare the bejesus out of somebody, take these five psycho killer tips to heart.

1. Talk About What’s Really Bothering You

We spend our entire lives trying to think of civil things to say to our friends and enemies. However, when you’re chasing someone down the hall with an axe in hand, it’s time to vent. Don’t be satisfied with just yelling out their name like that douchebag Skeletor, nor should you just stare like retarded Michael Myers or Jason Voorhees. Victims will misinterpret your lack of imaginative dialog as weakness and may try to bond with you, kill you, beg for their lives, or kick you in the crotch. Instead, rant and scream about something that happened way in the past…you know that one tiny detail that everyone else forgot about, but that you still obsess over every single day. (“Remember when I sent you a letter thanking you for the letter you sent me? And you didn’t write me back with another thank you?! Oh, I guess you figure it was UNDERSTOOD or something. That real MEN don’t acknowledge acknowledgements. Well, I FUCKING did acknowledge your letter! AND WHERE’S MY LETTER?! Where’s my letter, Jared?! Well, here’s a letter for you, bigshot. Here’s a letter that you’re going to open and you’re going to remember for this rest of your pathetic life! And there’s no need to thank me or write me back this time, Jared, because this time I think the letter is VERY understood…it’s going to be one of those assumptions that makes an ass out of you……..and me…..?”)

2. Alternate laughing, swearing and or crying at pivotal moments in the speech.

You notice how the conversation sort of spiraled into insanity, made picture-perfect by the last sentence, which could easily devolve into a sadistic laugh or a pathetic crying sound following by a raging hack to the arm of your victim. If you don’t have the acting ability to pull off a cry on cue or a maniacal laughter (we’re thinking Heath Ledger or Robert Deniro quality laugh, not Cary Elwis or Willem Dafoe style) then just start swearing in between important keywords. Notice, like “the FUCKING letter.” Using swear words for sense stress and emphasis helps to build fear and suspense. This works especially well if you’re a girl, because girls aren’t suppose to swear outside of sex…it unnerves men.

Ordinarily, I wouldn’t suggest smiling all the time because this does put you at risk of becoming a “Nicholas Cage” type supervillain that people typically laugh at in between running through corridors and abandoned shacks. However, it is SO important that your victim see that the chase gives you pleasure, gives you some sort of endorphinal catharsis. You can assume your victim is only going to see you about once every two or three minutes, since his/her attention will mostly be fixated on doorways, empty roads, oncoming car lights, and potential weapons. So you must make sure that when your victim sees you that you are in fact smiling. Otherwise, your victim is probably going to see you at the worst possible moment—you know, picking your nose, frowning because of impotence, looking confused at the large number of American Idol CDs you see lying around the abandoned shack…(meaning someone actually BUYS this shit, I know, mind-blowing) and so on. It’s better for you to over-smile than be caught making a stupid face. Otherwise, your victim will lose respect for you. If he/she catches you in a frown, then you’re probably going to get the big “Society didn’t love you enough…but I love you…there is still good in people, I know there is…” and all that emo stuff that will make your big psychopath moment really lame. So smile. A lot. Just to be safe.

This is a bit like a “showstopper” in show business speak, and it means you can only do it once. It won’t work a second time and you shouldn’t have two showstoppers in one evening. You notice serial killers and psychos rarely ever sing two different songs. One is enough to send a victim into a teary, beg-for-mercy bawl. Sing twice or three times, and your victim is probably going to think you’re auditioning for something, or worse yet, hitting on him or her and not trying to kill them, which really makes you look bad. The good news is, it really doesn’t matter what song you choose. As long as you sing it slowly, softly and with the voice of self-conscious teenager, it’s going to sound creepy. For example:

(Dark corridor. A maniac with an axe stalks a half-naked lady, who is hiding behind a series of counters in a science lab holding only a butter knife for protection)

Woman: Oooohhh! (She shrieks, realizing the maniac is getting closer)

Even if the song is stupid, at least the victim can see that you’re mentally ill enough to sing a song that has no relevance to the occasion. In fact, I would go so far as to say that choosing a song that PERFECTLY fits is not a great idea. Because then the victim might actually say to himself/herself, “Oh wow…that makes sense. I sort of deserve this. I’m kind of an asshole, aren’t I?” And any sort forgiveness or healing, well, that defeats the purpose of stalking someone mercilessly before you kill them, doesn’t it?

This works great, though it only seems to work when you’re a man tormenting another man. When you’re stalking someone who’s innocent, idealistic and confused, the last thing they want to hear is that they are going to turn into you—some bitter, horribly mean, violent psycho whose only kicks left in life are to torment people who remind him of himself when he was younger. So saying something psychologically profound like, “You’re like ME,” will throw the victim into a fearful peak, either causing him to scream in terror, adamantly and tearfully reject your simile, (saying something like, “I’ll never be like you!!!”) or cause him to shit his pants in terrified silence, as he realizes that the line between sane and insane is uncomfortably thin. Naturally, this will not work if you’re saying it to a woman. Because a woman’s first thought and response to a man will probably consist of, “How can that be? I’m a woman and you’re a man.” A woman’s first response to another woman would be, “Oh? In what way? Please, tell me.” All of which are horrible mood killers. Hence, why I said man-on-man only.

In closing, just remember that even if you plan on sparing the little bastard (speaking from experience as the little bastard who was spared), you must believe you want to kill him and torment him, if he’s supposed to take you seriously. Even if you’re going to let the victim live, you have to sell the role. I know, it kind of sucks to have all this pressure to act and impress society, even when you’re having a mental breakdown and just want to kill somebody. Alas, socializing in any vein is never easy, whether you’re helping people or seeking to harm them and cause severe pain. Suicide, on the other hand, is fairly easy because it only requires imagination in concept and doesn’t require much theatricality in execution. But if you’re that unimaginative that you can’t even come up with an original way to die, well, you should probably just kill yourself anyway.

With the way psychopaths are so lazy and unimaginative today, you would think that people have forgotten the fine art of tormenting and stalking a victim right before the inevitable kill. This article is satire…let’s see how many of you take it seriously.

The Revenge Of The Nerds