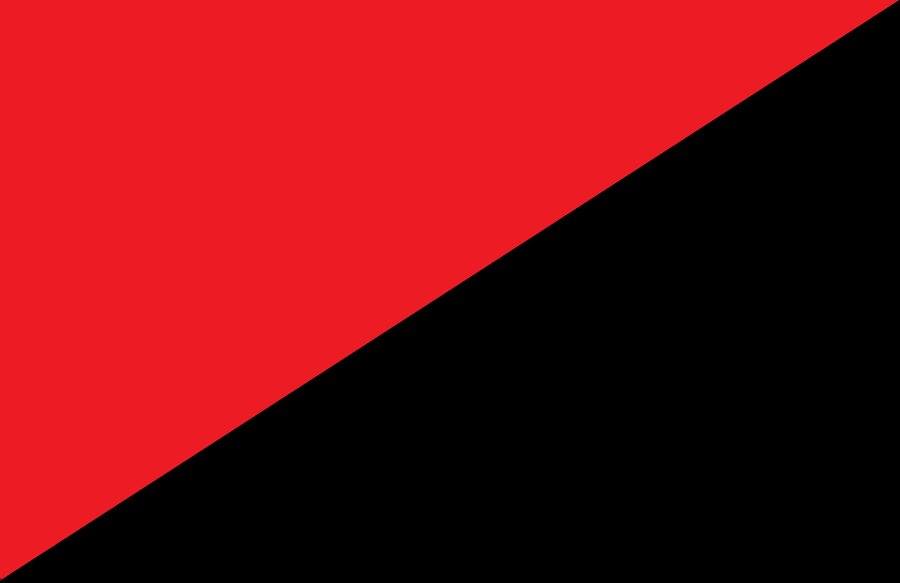 This article was submitted to us by Red Black and Left you can find out more @ https://www.facebook.com/redblackandleft

Plunged into the depths of an economic crisis, the likes of which this country hasn’t witnessed since the Great Depression, our generation suffers the consequences of our predecessors’ mistakes. Throughout years of unrest, the ruling class in our country has realized that the greatest threat to their prosperity is a population that questions the legitimacy of their authority. In order to discourage such a state of affairs our society has experienced the greatest cultural transformation in modern history. Together, we struggle in a system tailored to immobilize us. As technology has progressed, we have learned to live our lives completely alienated from experiences. The media industry has attempted to recreate every moment of pleasure in our lives onto cold lifeless screens. Every aspect of our existence has been reduced to a mere representation of itself. One can hardly imagine the psychological effect this has had on our generation. Every day of our lives we wake up surrounded by family members and friends consumed by trivial pop culture. We all know those who become lost when you ask them basic questions about world events, politics, or philosophy. But, when questioned about the lives of movie stars, lyrics of their favorite rapper, intricacies of video games, or their home team’s football record they answer without a pause. It would be foolish to expect a person so indoctrinated to do anything to improve the conditions of their society. Despite all of this, there are certain people that recognize the frivolity our culture. Unfortunately, upon this realization, so many of these people fall into a deep state of depression and apathy. And, who can blame them? Most of these people are intelligent enough to realize that most conventional attempts to change the system are futile. Our generation has fallen victim to a ruthless campaign attempting to distract, discourage, and pacify us.

Throughout our childhoods, we are suffocated by the relentless propaganda of the ruling class. This propaganda seeks to establish an insanely distorted vision of our reality. In 1983, around 50 companies produced the media in the US. Today six corporations control virtually the entire media apparatus. These six corporations are responsible for manufacturing our view of the world around us. Naturally, these corporations attempt to perpetuate views that benefit their own agendas. In the media, the US if often depicted as a beacon of freedom to the world, maintaining peace and order abroad and individual liberty at home. A basic understanding of modern history will entirely shatter this façade. Since the end of WWII, the United States has risen to be the primary imperialist power on the face of the planet. We possess the greatest military our species has ever witnessed. Today our country spends more on our military than the next 13 countries combined, including Russia and China. Responsible for killing tens of thousands in various military conflicts throughout the decades, our country has attempted to overthrown dozens of foreign governments via coups, direct military invasions, and various covert operations. The US currently has dozens of military bases around the world and military personal in over 150 countries. As the influence of US imperialism escalates so does our complete contempt and disregard for restrictions imposed on us by the international community. The United States regularly defies international law with its military actions around the world and rarely suffers any consequences. Leading intellectual Noam Chomsky claims that if prosecuted by the standards set forth in the Nuremburg trials, every US president since WWII would be hung for war crimes. Over much of the world, our military is recognized as a source of cruelty and terror. As Americans, we are raised to view a career in the military as a gateway to a brave and glorious future. This propaganda works to drum up support for campaigns of organized murder and despite the stories shown on the news; our “enemies” aren’t the only ones suffering at the hands of our empire. For the greed of the ruling class, our brothers and sisters in the armed forces are returning mentally and physically scarred at an alarming rate. When the politicians, oil companies, and military contractors send us into the path of bullets and explosives for their own profit, our class suffers the lost limbs, mutilated bodies, scarred minds, and shattered lives. With every bomb our government drops, every drone strike they carry out, and every bullet they fire, they endanger us and soldiers forced to fight the wars they’ve started!

As the death count climbs abroad, a war is raging on the domestic front country. In the shadow of the 2008 financial collapse, the gap between the incomes of the working and ruling classes are the greatest in our nation’s history. Despite the widespread struggle brought on by this crisis, the top executives of the corporations are reporting record profits. As foreclosures and layoffs thrust us into poverty, as the medical bills of sick relatives bankrupted us, as the stress of this disaster tore our families apart through divorces. As we suffered, the snakes that brought this hardship on our country disappeared into their mansions, drinking fine wine, eating gourmet food, and living like kings!

On television, in the movies, in the schools every day of our lives they tell us how lucky we are to live in the freest country on the planet. A more audacious lie is rarely spoken! One only needs to glance at the corners of any public building to see the evidence of our “freedom.” We’ve become so desensitized to the constant surveillance in this country that we passively accept the fact that we can’t escape the glass eyes documenting our every action. It seems that every few months a scandal another reveals the massive spying programs in effect in the US. It has become common knowledge that every text you send, every webpage you load, and every call you make might be documented by our government. Yet who is speaking out against it?! This sense of profound “freedom” could only be described as an optimistic delusion in a country that imprisons more people per capita than any other in the world.

History shows us that in times of crisis a desperate people cling to leaders promising to deliver them from hardship. Unfortunately this has been the case following the collapse of 2008. When the financial system failed us, a wave of activism and discontent gripped society. Understanding that the power structure in the country would be in jeopardy if a new leftist movement emerged, both the conservative and liberal establishments scrambled to offer the people an alternative to a drastic solution. When Obama was elected it seemed that overnight the radical conservative “Tea Party” sprang out of the grassroots to take back the political system from “socialist” control. Unfortunately, as often happens in the US, the dissatisfied working class in right wing states were being funded and manipulated by people members of the ruling class like the billionaire Koch brothers. In the name of traditional values, low taxes, and “small government” the right wing in this country continues to foster hatred for immigrants, minorities, homosexuals, women, and so on. It is a fundamental characteristic this conservative wing to pit the lower classes against each other and scapegoat vulnerable groups as the cause of the problems caused by the rich. With the majority of our country fearing a continuation of the very ideology that led us into this crisis, a charismatic leader rose promising to deliver our nation from its adversities. Depressingly, the entire world remains disappointed in the “change” brought about by the Obama administration. Guaranteeing an era of progress, the government of Obama continues to support the failed policies of previous regimes. The conservative establishment has obstructed nearly every policy promised by president Obama, giving the public little hope that change is possible by way of the American political system.

Our broken political system continues to deny the fundamental reality our lives. There can be no peace between classes in a country where 40% of the wealth is concentrated in the hands of the 1% while 60% of the population lays claim to only 2%. Our generation has been abandoned by this system and it has become our obligation to take our lives into our own hands. The party that claims to represent us is content to sit by passively as we suffer. They have cooperated with our enemies and surrendered to those that seek to destroy us. The time has come for us to open our eyes to the reality of our situation. A culture of resistance is mounting throughout our nation, a culture that no longer asks for permission to be heard but makes our voices clear through direct action. The cries of our new movement will alter the face of history in a way never before imagined. Turn off your TVs, stay informed, spread the word, and organize with your friends, coworkers, and classmates. The elite have done everything in their power to suppress the voice of the people. The responsibility to ensure a better world for our children lies directly on our shoulders. We have an opportunity that will not be afforded to those that come after us. We will not waste this moment. Inaction and apathy are longer an option!-Phoenix Solidarity Coalition

Plunged into the depths of an economic crisis, the likes of which this country hasn’t witnessed since the Great Depression, our generation suffers the consequences of our predecessors’ mistakes.

The Song Of The Obama Religionist

The Matriarchal, Libertarian Gospel of Jesus according to Ronald