The Revenge Of The Nerds 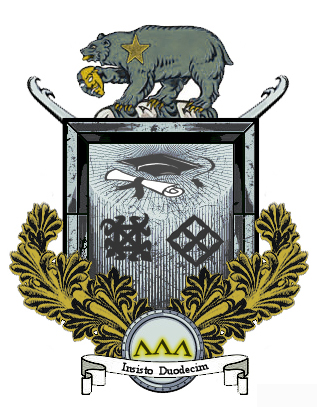 “This is not America –Lalalalala”-David Bowie

America, my how you have changed you rowdy teenager.  To my way of thinking you are just going through the natural courses of a country.  But in the fast paced, I want everything immediately and my way culture we live in. (which by the way is very adolescent in nature) Americans aren’t able to see it.

Take for example this article written by contributors at AlterNet about a Coup d’état.  http://www.alternet.org/news-amp-politics/american-coup-detat?paging=off In which they start off by saying:

“The regime ruling in Washington today lacks constitutional and legal legitimacy. Americans are ruled by usurpers who claim that the executive branch is above the law and that the US Constitution is a mere “scrap of paper.”

“The basis of the regime in Washington is nothing but usurped power. The Obama Regime, like the Bush/Cheney Regime, has no legitimacy. Americans are oppressed by an illegitimate government ruling, not by law and the Constitution, but by lies and naked force. Those in government see the US Constitution as a “chain that binds our hands.”

Excuse me if I missed something but didn’t everyone vote and weren’t those votes double counted due to the whole Al Gore thing?  And by the way, I picture Al Gore in a padded room in some asylum like American Horror story screaming “I told you so.”   That’s likely just a room in his manse that he goes to in order to relax but still, it’s how I see him.

The article goes on to state a bunch of stuff out of medieval times about serfdom, imprisonment, hot pokers, etc. and then there’s this gem:

What we’re really seeing here is every D&D Nerd gamer’s dream come to life.  Do you not understand that we they dream of living in a medieval dreamscape/nightmare in which everyone could possibly be tortured for “information” yes, but also you may just get to have fire balls and secret combinations to throw at people?

The “news” of today both left and right being written by highly intelligent people/puppets  (Who may want to become real boys someday through magic) unlike the article you are currently reading, clearly.  However what did all the super nerds you remember do in school? Play fantasy games and save up for LARP and SCA games right?  They want you to believe this is happening and they are making it so in your minds.

Game of Thrones, The Borgias and other less enticing offerings like DaVinci’s Demons are all a part of the plan.  It’s the plan y’all.  They want us to believe Obama is Pope Alexander VI, plotting to put his kids in power after him.  I bet they are pissed as hell his kids are legitimate because it doesn’t make a good story arc.

My prediction is next we will see both headlines and possibly a series based on the Change Series by S.M.Stirling because total downfall of society and the rise of a LARP based government is delicious and everyone loves Oregon right?  Even Oregonians would get on board with that.  Start calling Obama the “Lord Protector” and the game is almost won.

But in case you aren’t convinced here are some more popular literature/cinematic themes finding their way into real life news. 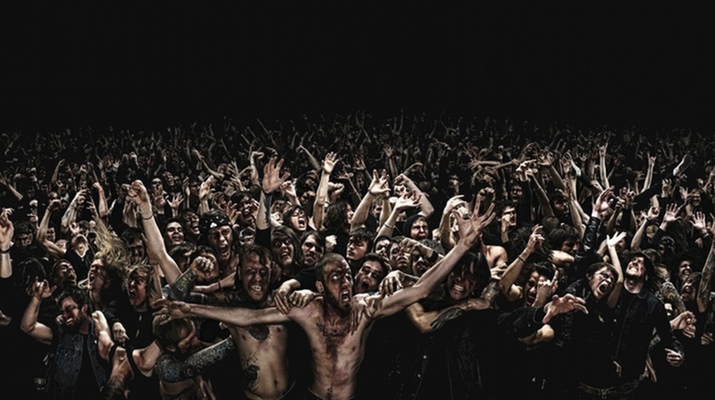 When Brad Pitt bankrolls a movie about Zombie apocalypse and makes it seem possible for someone to survive simply by running around and causing havoc, you know nerds everywhere are cheering.  In reality the trilogy of books the movie WWZ was “based on” was much more in depth and indeed Nerdist-centric, implying that if you only prepare, you could either be King of the Zombies through psychokinetic power or you could learn skills as you go through sheer determination, two things hard working Comic-con fans have in common.

But, we aren’t only seeing this in our literature, film and television offerings.  News is heavily slanted towards stories of humans doing typically awful human things but using the excuse of Zombieism to do it.  We are all aware of the face and other flesh eating bath salt crazies in Florida.  However, now every unexplainable virus is linked to possible world shattering outbreak. One of Subversify’s highest ranked stories included zombies and even the actual CDC crashed their own site by giving out Zombie tips in 2011 and also called into NPR to talk about Zombies and if in fact there could be an outbreak.  It was supposed to be a joke, but still, the CDC people took the afternoon off to entertain the possibility that a mash-up of George Romero shufflers and Umbrella Corp. superfreaks could happen.

This broadcast made everyone giddy and was one of their highest re-listened to broadcasts of the year. 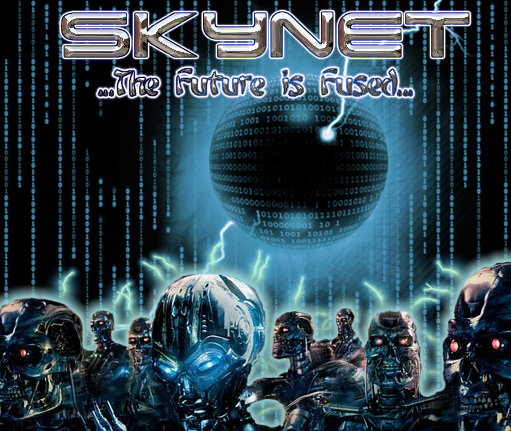 Speaking of Umbrella Corp. which is likely a given, right?  I mean we have the evil Monsanto to point to; there is also news full of terrifying worry about robots.  And by terrifying worry, I mean articles making us feel happy to give control over to the robots because they will save humanity, right?  Right?

Every nerdist was giddy when Hal got turned on in the space station. People regularly slow down the interwebs watching the Mars rover and then there’s this recent article on robobees. What are the robobees being used for besides likely collecting information on what kind of herbs you have in your garden?  Pollinating Monsanto crops because…of course they are.

The people who grew up on Terminator and Skynet weren’t afraid of that future you see, they want it.  They want the Matrix like a sweet drug because they believe they are smarter than fiction writers.  Maybe they are but is everyone else?

Ignorance is bliss.  And this is what super brained people believe most people want.  It’s what most people do in fact do want but that’s beside the point, the point here is the Nerds are winning.

You knew we were going to get here right?  Because how can I write this article without talking about Matt Damon?  Everyone loves Matt Damon, he’s Jason Bourne a brain washed super hero-like spy machine whose only kryptonite is some headaches. Everyone gets those, hence our desire for the Matrix, so we want to be waterboaded and brain washed and made into a super stud like Jason Bourne.

I expect after this summer we will also want to be made into some sort of Robocop machine thanks to his new movie Elysium, which screenwriters claim is based on Greek mythology but I believe is based on the texts stolen from Philip K. Dick (Who’s the Nerd now?) Also, just a tip, anytime you are told something is based on a Greek myth it means the Uber-Geeks who are selling it to you know you never read anything and only watched Disney’s version of  Heracles.

But the heading was X-men and Matt Damon doesn’t really have anything to do with X-men (yet) the point is movies like the two listed above make us want to line up for genetic restructuring.  Why on earth would we want to be stuck in our degenerating bodies if we could modify ourselves and our resultant progeny to do super awesome mutant like things?  We don’t want to be on earth, we want to be in Elysium. 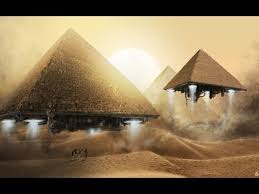 Aliens are the go-to for everything unexplainable.  It’s like pseudo-science’s exchange for God.  If you can’t explain it and you don’t believe in the almighty- Aliens.  And really, it’s not that hard to believe, we know there is so much more out there in the universe, how can there not be any other beings?  Why couldn’t they have been responsible for the Round sculptures in Costa Rica, Atlantis and The Clan of The Cavebear Chick.

All of us but especially the Nerds amongst us want them to be there.  We want a fish sticks and custard eating Doctor; we want Mulder to find his sister.  It’s the whole reason for the X-files.  Except for the story arc in which Mulder is insane and the whole thing is in his head and he’s really in the Asylum from American Horror Story which would also work I guess because there are aliens there too.

But, real money and scientific might is being put into beaming messages into space, and hoping that another race understands us because we want to believe.  We also don’t want to be alone. 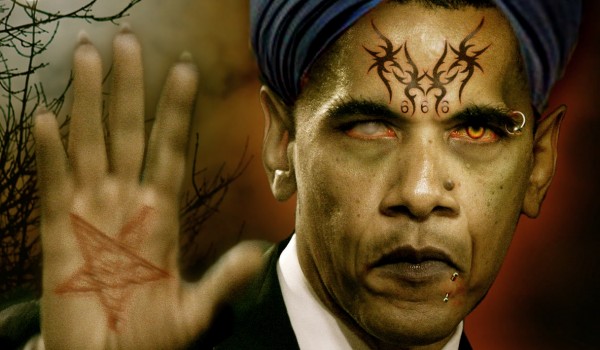 When all else fails to distract us from the systematic take-over of the world by Lambda Lambda Lambda we are always distracted by evil.  Evil lurks everywhere and please let me know if you have gone one week without having the evil of warlords, pirate, oil barons, grocery stores, unpasteurized milk or Kardashians pointed out to you by news outlets, politicians and “scientists” .

Worried about what’s in your kids’ food at school?  Nerdist Bill Nye the Science guy will distract you from that by reminding you you’re an evil bastard for teaching your kids religious traditions.  Even mild mannered Ed Begley Jr.will go all high and mighty on what’s evil to scare you into riding your bike to make toast.  I believe he learned this from Jeff Goldblum aka The Fly; which btw is also about mutating yourself through science.

But it’s also interesting that the same people who wanted so badly to “paint the White House black” are now consistently pointing out how evil Obama is.  The Right has moved on and are likely planning which Tri-Lamb will be running for office next because it’s their turn and everything.  So of course the Leftist nerds need to distract us by daily throwing holy water on President Obama and hoping it catches fire.

The point is, everything has been planned down to the smallest detail, in somebody’s mom’s basement and the whole time you were playing football and going on dates you had no clue.  This is the time of the Nerds.  Why else would it be so hard to get into and afford college?  There are only so many spoils to go around. 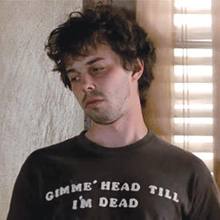 The Future is being written by the Nerds of the world.

The Boon or Slap in the Face of the Nicaraguan Canal