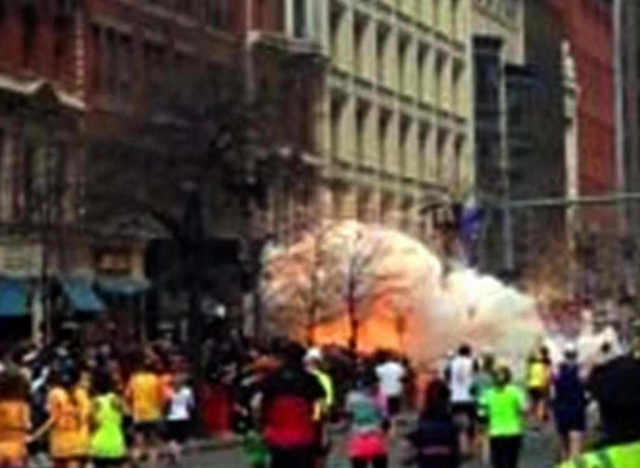 Another late April blood bath has soaked the American consciousness like a hot spring bath. It seems that it is now becoming a rite of spring to become glued to the television to discover the latest tidbit of, often wrong, information. Apparently it’s crucial to review the visuals a hundred times with all of our morbid soul mates in what seems to be a post human version of the Roman Circus. In the privacy of our homes we present our thumbs up or down, as to how we view the victims.

In Boston we shook in horror at the “senseless” destruction of lives. In West, Texas, hours later, another blast, far more devastating, occurred. It seemed to get short shrift on coverage, probably because it is hardly a major market. The constant barrage of news media desperately hoping that the person was a member of the “Tea Party” was the real “senseless act” of the event. The circus atmosphere of the leaked, incorrect, information made for a good representation of the theatre of the absurd.

The brief report of the connection to a Saudi national that was questioned and promptly reported, brought memories of the Bin Laden family streaking across our skies on 9/12- 9/13/2001, at a time when no American citizen could. We were supposed to believe that neither they nor he could add to the information needed to solve the case. The quick deportation and the calling of the Saudi Ambassador sub rosa to the White House may put that in question. Perhaps there was no connection between the Saudi and the bombers, or perhaps he did not fit into an agenda and needed to disappear.

As with all such events, the scream of the conspiracy theorists was deafening. The cascade of “False Flag” accusations reverberated across the internet, with hardly a peep out the main stream media. There are some that would ask why, if true, the answer would be impossible to accept. The only object would be control and fear is the greatest motivating force in giving up your rights for safety. It is a very cynical point of view, but only if you assume the benevolent nature of government. Altruism has never been a natural function of any government. Power and control are always the natural function of government.

But evidence is there, the government uses the carnage to push an agenda, one that serves the needs of government more than those of the people. The Patriot Act that created the T.S.A. for our protection. In the end, does the groping of our genitals serve our safety or to remind us that we are at the mercy of the government? Can you leave the line if you feel that the groping is invasive? No, you could end up in jail for such defiance of your subservience.

So the carnage creates a window of opportunity to create new and restrictive laws that impede personal freedom. A window in which people taught to fear instead of challenge, cower in the corner praying for the Great Government to protect them with new laws, in spite of the fact that the laws on the books could not stop the carnage and nothing in the new bill will truly take us to the secure Eden of our dreams.

Perhaps, after the carnage, we should ponder the fact that life is not fair and bad things happen to good people. Perhaps we should look at our dwindling freedoms and, for once, say that it is time to protect myself and let the government wither away. The fact that there are new and more potent events on the horizon should give us pause. Yep, it could happen to you, however it is not at all likely. A person is still much more likely to get struck by lightning than blown up by a deranged gunman. Still, we do not ban golf, swimming, or picnics. Some sanity must be brought to this lemming-like rush to shed our rights and personal privileges.

Mourn for the lost and damaged people from these events, but do not rush head first into the corral the government prepares for your “security.” Instead, focus on what is truly the problem. All of the descriptions of gunman or terrorists begin with “deranged”. From now on, it may be time to start looking at how we can deny people of that descriptive access to hurt us instead of denying our own rights first.

What is “deranged” and how to restrict their activities is for another conversation. As for now, how to stop the encroachment of government into areas that would have been unimaginable 10 years ago would seem a prudent place to start.

Carnage creates a window of opportunity to create new and restrictive laws that impede personal freedom.

At the UN, anguished SOS for JOURNALISTS TO STOP the KILLINGS of in MEXICO