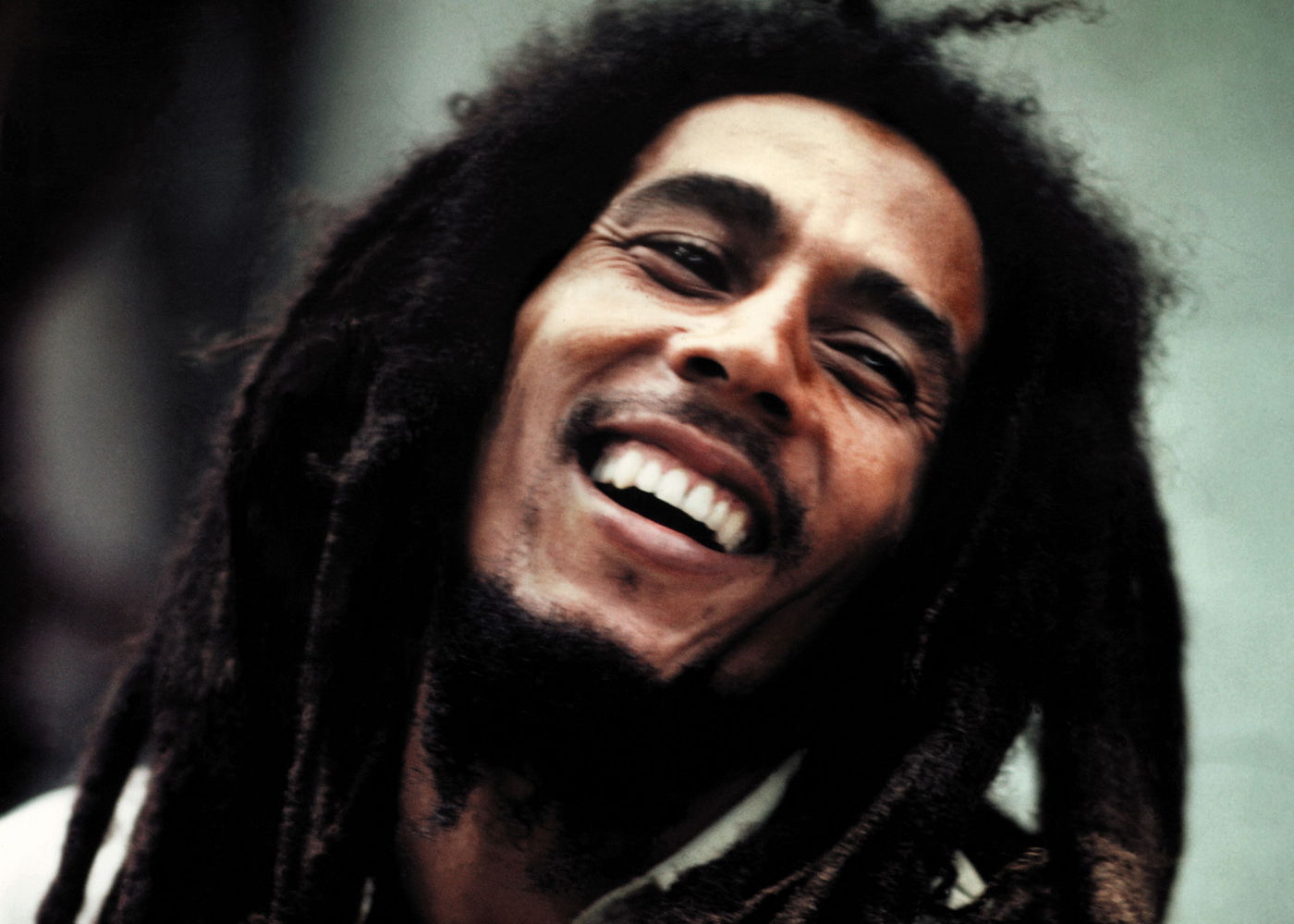 The Various Deaths of Bob Marley

Every little thing was supposed to be alright. This was the contention of the early flower children turned reggae followers, who changed their rapid four/four dancing feet to controlled back and forth swaying. Rock and roll was struggling between a classical rendition that threatened to become the new Bach of musical expression, and the rising sound of punk and hard metal. Disco was on the upswing and rock and roll shuffled off quietly into a corner of long-term favorites, the comforts of their familiar sound, and a faint nostalgia.

Reggae was the new sound to fill the void of faltering creativity. Bob Marley began as a cult for the knowledgeable globe trotter, and as an exciting new dimension for rock music fans craving something fresh and original. Marley made you believe we could all get together.

Those were unusual days; post Vietnam, a feeling that love could endure, but with Latin American conflicts murmuring ever-louder on the horizon. Bob Marley didn’t bring the conflict home in his music. His message was one of history, of pride in his people, and of simplicity in its purest and most modest form. But the conflict came to him.

The accounts of how Marley died are so varied and confusing, it’s become difficult to state, “this is the absolute truth.” One of the earliest accounts began circulating in 1979, when reggae enthusiasts were told he had been assassinated in Africa while giving a concert. 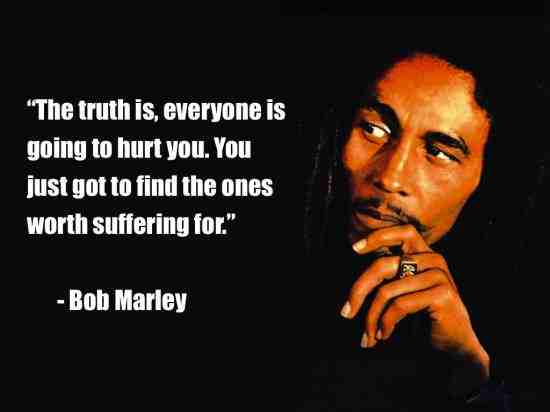 Later accounts give a far different story. According to the official story, an assassination attempt was made on his life in 1976. A 2006 Guardian report stated that he had become vulnerable in Jamaica where the opposing political parties saw his internationally known face as an important lever for their own popularity, if they could get Marley to endorse them.

Marley’s politics, however, had very little to do with political powers endeavoring to overcome each other at gunpoint. In his words and his deeds, his preferences shifted toward a socialist ideal. He used his home as a safe-house for youth caught up in the turmoil of the warring factions. He was generous in assisting the poor.

The modern account is that Marley was attacked at his home in Kingston, but survived. Three men burst into the room where Bob Marley was relaxing and preparing for a concert, and opened fire on the occupants. One bullet lodged in Marley’s upper arm, and was never removed, another lodged just below his heart. His manager, Don Taylor, took several shots, as he was standing next to Marley at the time, including one in the spine. His wife was shot in the back of the head while covering the children, and a close friend stated to have been shot but wasn’t sure where. All survived the shooting.

It’s possible an assassination attempt morphed into rumors of a genuine assassination by 1979. While Bob Marley was Internationally known, it wasn’t as though he was a household word like the Beatles, Elvis Presley or Mick Jagger. He had by-passed the mainstream media, making his appeal to primarily the bright dancing colors of an idealistic, youthful crowd; multi-ethnic, multi-cultural, Internationally aware, but at a cultural instead of political level.

It wasn’t until 1979 that his popularity had begun to explode, but by then, the rumors had begun that Marley was dead. The official version is that he died in May of 1981 of cancer; or a brain aneurism, depending on which version you read. The more conspiratorial theorists state Marley was deliberately given cancer, and the major culprit behind the misdeeds against Marley for both the assassination attempt and the cancer is the C.I.A.

The aneurism is the most official account given by the Jamaican press. It was blamed on one of two reasons. Either the press declared it was triggered by a brain tumor, or that it was because of the copious amounts of marijuana he freely admitted to inhaling. Either way, it was one of the only accounts that didn’t blame CIA involvement. 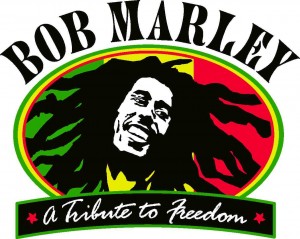 Trying to separate the rumors from the facts is like trying to determine the entire truth behind the assassination of J.F. Kennedy. The murmuring voices whispering of intrigue continue in the air long after the search for evidence has been abandoned. We are left only with our suspicions.

Marley’s dream had always been to go to Africa. Here was his ancestral home, the source of his music’s plaintiff messages. Marley’s arrival in Africa came at a time when Zimbabwe, then known as Rhodesia, was struggling for independence. Marley supported the Zimbabwe independence movement, performing a concert in Boston to raise money for the liberation fighters. Zimbabwe gained its independence in 1980.

His supposed death in Zimbabwe was also blamed on the C.I.A. His time spent there was as a champion of the African people, fighting apartheid and encouraging the solidarity of a Pan-African movement. The apparent simplicity of his music was a rallying force to thousands of revolutionaries the world over, and most noticeably to the country that was about to state its freedom and establish a new government.

Unknown to him, Marley’s first Zimbabwe concert was to have been played before an elite audience of political dignitaries and the media. Pandemonium broke loose as crowds surged at the gates of the Rufaro Sports Stadium and broke through. As tear gas filled the arena, the Wailers left the stage, but Marley stayed, returning to play his cover song, “Zimbabwe”. The following evening, Bob Marley and the Wailers gave a free performance to nearly 80,000 fans.

Considering the heightened tension surrounding his political activism, it’s not really surprising rumors of his death began circulating two years before the official announcement of his passage. Bob Marley was an inconvenience for the orderly progress of a society that legitimized cultural differences only by wearing it over white clothing first.

By 1978, his music had begun seeping into mainstream audiences, who were more enthusiastic about his dreadlocks, colorful clothing and open marijuana habit, than they were about the message of his music. Bob Marley was cool. A wave of media moguls rode on his coolness, pretending they had exclusive, intimate knowledge of the man behind the songs.

The first rumors weren’t clairvoyance. They were that unconscious knowledge in Bob Marley followers that Marley had been targeted and Marley had to go.

The CIA in Central America 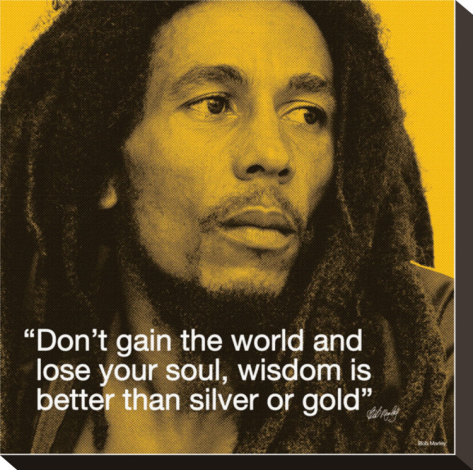 It wasn’t unusual for the CIA to tamper with Central American politics. American mercenaries assisted the Nicaragua governments in its attempts to stave off rebel attacks. The CIA, which sponsored American involvement, was liberally assisted by Manuel Noriega, who set up listening posts in Panama for spying on Nicaragua’s revolutionary army. Noriega, incidentally, has since been tried and convicted of drug trafficking, money laundering and in absentia murder.

Nor were their hands very clean in the El Salvadorian conflict. Despite a brutal government that had massacred thousands of civilians, murdered Archbishop Oscar Romero, along with four American nuns and a lay woman, the CIA felt it was best to allow the tyranny of the Junta Revolucionaria de Gobierno to continue ruling the war-torn region than to allow it to swing left. By 1990, over sixty percent of the El Salvadorean citizens had been dispossessed and entire towns had been destroyed. The CIA assisted with the reign of terror every step of the way.

How much the CIA was involved with the assassination attempt of Bob Marley is still open to debate. It had motive and opportunity, but the identities of the would-be assassins have never been revealed.

The question of whether or not the CIA was able to induce cancer in Marley is also wide open, despite what would have amounted to a very elaborate scheme. According to the conspiracy theory, Carl Colby, son of ex-CIA Director, William Colby, gave Bob Marley a new pair of boots. When Marley tried them on, his toe was immediately punctured by a piece of copper wire sticking up from inside the sole. The toe healed, but two years later, it was diagnosed as cancerous.

Theorists claim the wire sticking through the sole of the boot had been treated with a carcinogenic toxin. When two years later, he injured the same toe playing soccer, he was treated by an unknown physician who gave him an injection of an undefined medication. By 1980, melanoma, one of the most virulent and deadliest of cancers, had spread throughout his body. The cancer originated from the previously infected toe.

Central Americans do not dismiss the possibility that the United States is able to induce and in fact, has deliberately induced cancer in popular, left-leaning celebrities. When Hugo Chavez, Venezuela’s socialist leader, was diagnosed with cancer, he began to speculate on a series of strange co-incidences involving other Latin American leaders. Christina Fernandez of Argentina, Fernando Lugo of Paraguay, Dilma Rousself of Brazil had all been diagnosed with cancer. They are all leftist presidents.

The death of Bob Marley did not stop the popularity of his music. It continued to explode throughout the 1980’s, the Rastafarian sound passing on generationally. Today, Bob Marley is a house-hold word and few people are unfamiliar with “One Love/ People Get Ready” or “get Up, Stand Up”. He continues, however, to be a source of misunderstanding. The light, upbeat tunes appeal to the celebration of feeling good all over, without much examination of such lines as, “driven from the mainland to the heart of the Caribbean” or “we’re moving out of Babylon and we’re going to our father’s land”.

The media continues to pretend exclusive insight into a man who had very little tolerance for enlightened opinions that had never experienced hardship, poverty or discrimination. It presents a man who was simple and direct, not a man of burning intelligence using simplicity to communicate his messages.

His life was complex. He chose the roads least traveled, finding more delight among villagers in Ethiopia than he did in mingling with society’s elite. He distributed his wealth generously among the needy, and used fund raising concerts to support an end to apartheid. It seems almost fitting that the death of the man should be cloaked under as many layers of mystery as his own persona. We may never find out the absolute truth about how Bob Marley died. The text books will record his death as cancer, although his fans will always insist the CIA deliberately plotted his death, attempted to assassinate him at least once, and finally succeeded through a nefarious plot to make it look like natural causes.

The irony is that for those who found his stand on socialized enterprise disagreeable, his death has been as inconvenient as his life. His music helped changed the face and politics of both African and Latin American nations, and continues to be an inspiration. Suspicions as to what caused Marley’s death will never be removed. Bob Marley has passed physically from our earthy existence, but his messages live on and will never be forgotten.

Karla Fetrow: Was Bob Marley assassinated? The accounts of his death are as varied and puzzling as the conspiracy theory surrounding JFK.