Leviathans On The Loose 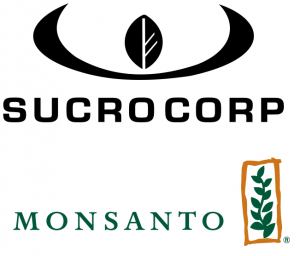 Recently, I was taking in reruns of Supernatural.  Now, amongst my favorite seasons is season 7 in which the unleashed Leviathans of Purgatory begin to reign supreme in domination over pretty much everything.  They are so very clever these Leviathans, they hide amongst us and herd us as cattle, even completing genetic modification on our favorite foods in order to control the human herd.

Their first try is sooo, yummy! Turduken Slammers, just what every red-blooded American wants. They look like this: 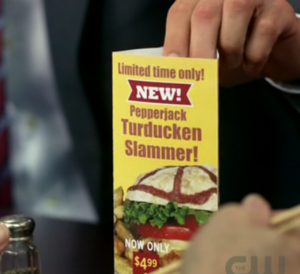 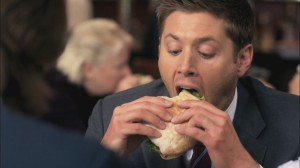 And when you pause to look at it, it looks like this: 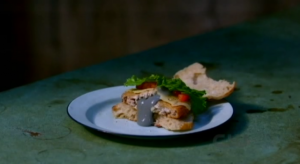 Humans eat it and become happy stoned satisfied food that looks mostly like this: 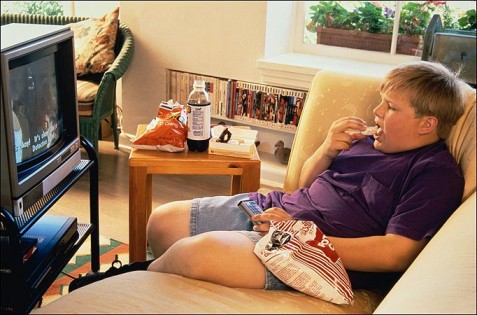 And when they are hungry, politicians and heads of corporations turn into this to eat you: 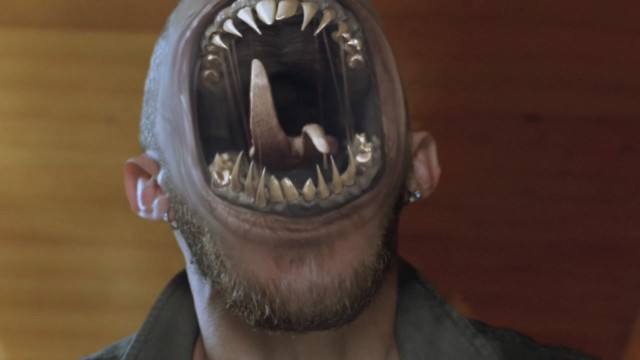 Oh yeah, and you can’t kill them.

However, there’s always a problem with pure fast food, you know healthy eating is important to monsters too.  They want a complacent herd, not a fat one, so they splice up corn and put corn syrup into literally everything, after which humans become great workers who are also happy to be food.

Beginning to sound less like sci-fi/fantasy and more like reality?   Sadly even if you are being very careful about your food intake you are falling prey to monsters just as corrupt and evil as the Leviathans of Purgatory.  They go by the name of Monsanto right now.  They have politicians working for them too.

Last week President Obama signed a rider allowing Monsanto to continue killing…well exactly everything.  Why on earth this wasn’t stopped more than twenty years ago is mind boggling.  But it is clear that Monsanto has had help at every turn from every government in the world as well as major backers and management corporations.

And yet, according to Jeffery Smith (author of Seeds of Deception) in an interview with Truthout.org, “Monsanto has been voted the most hated or most evil company on earth for years and years – with stiff competition. Their stated goal is to genetically engineer 100 percent of all commercial seeds with their patented GMOs. They lied to us about the safety of PCB’s, DDT and Agent Orange, and we’ve caught them lying all over the world about GMO safety and performance.”

So how does it come to be that the world’s most hated company gets the backing they desire at every turn despite the very real effort put into opposing them from Farms, Consumers, Doctors, Health Advocates and Scientists all over the globe and very particularly here in the U.S.?

The answer is they are clearly running the show.  Jeffery Smith, in the same interview also stated, “This and previous administrations have been marching lockstep with Monsanto. According to WikiLeaks, the US ambassador to France asked Washington to draw up a retaliation list against European countries that resisted GMOs and wanted to “cause some pain” to them. The ambassador to Spain met with Monsanto’s regional director and then asked Washington to pressure Brussels on its GMO policy. That was during the Bush administration. It’s gotten worse under Obama, I’m sorry to say.

Roundup is now found in 60 percent to 100 percent of the air samples and rain samples in the Midwest. It is found in the water supply, in the urine of city dwellers in Germany, in the blood of pregnant women in Canada and in their unborn fetuses. It is creating a disaster on earth.

Roundup binds or chelates with minerals making them unavailable to plants, which become weak and sick. The livestock that consume the Roundup Ready crops also become nutrient deficient. We eat the weak and sick plants and animals, as well as residues of the Roundup in the food, which further binds with nutrients in our system.

Roundup does not biodegrade. In fact the longest recorded half-life in soil was 22 years. It promotes soil borne pathogens and has been blamed for promoting more than 40 plant diseases that are on the rise in the US. Its persistence in the soil also negatively influences the health of future crops”

And Monsanto’s evil spliced products pose so many problems to the entire world that it is likely not yet quantifiable.  However Jeffery Smith goes on to list some for us.

“JS: The American Academy of Environmental Medicine identifies the following categories of diseases and disorders as afflicting the lab animals fed genetically modified soy and corn: problems with the immune, gastrointestinal and reproductive systems, organ damage, accelerated aging and insulin and cholesterol issues. Thousands of doctors now prescribe non-GMO diets to their patients and report dramatic improvements in these same categories. Similarly, livestock that switch from GM feed to non-GM feed also show health improvements in these areas. We don’t think it’s a coincidence that these same disorders and diseases are on the rise in the US population since GMOs were introduced in 1996.

The characteristics of the two main types of GMOs help explain why they might cause health problems in these areas. The “Bt” corn, for example, produces a toxic insecticide (Bt-toxin) that has recently been found to create holes and leakage in human cells. Bt-toxin was also discovered in the blood of pregnant women and their unborn fetuses. Other studies show that it provokes immune and allergic-type responses. Taken together, the characteristics of the Bt-toxin alone may explain the rise of digestive disorders, immune system problems, organ damage, and leaky gut—which itself may promote allergies, auto-immune diseases, gluten intolerance, cancer, Alzheimer’s, and autism.

Most GMOs are “herbicide tolerant” and therefore have high amounts of herbicides such as Roundup, which is absorbed into the food. Roundup is directly toxic, linked with cancer, birth defects, endocrine disruption, Parkinson’s and other diseases. A study released last month showed that rats fed Roundup in their drinking water at levels considered safe suffered massive tumors, premature death and organ damage. Other lab animals showed severe reproductive failures, such as sterility, smaller and fewer offspring, infertile offspring, huge infant mortality and even hair growing in the mouths of hamsters. Roundup also kills beneficial gut bacteria, and can render trace minerals unusable by our system.”

By the way, Monsanto also has partners in crime namely PepsiCo.  (Who buys all their corn syrup from Monsanto grown corn) According to Natural News, “The Obama Administration has given its blessing to PepsiCo to continue utilizing the services of a company that produces flavor chemicals for the beverage giant using aborted human fetal tissue. LifeSiteNews.com reports that the Obama Security and Exchange Commission (SEC) has decided that PepsiCo’s arrangement with San Diego, Cal.-based Senomyx, which produces flavor enhancing chemicals for Pepsi using human embryonic kidney tissue, simply constitutes “ordinary business operations.”

To be fair, they aren’t yet (admitting) to putting fetal stem cells in PepsiCo products.  It seems according to the releases, that the stem cells “taste test” the products only.  To break that down, PepsiCo has basically created a slave race intelligent enough to give feedback to the computers to taste test your soda pop and tortilla chips.

Bloody Hell!  When real life starts to sound less believable than the plotline to an averagely written series about hunting Supernatural beasts we have a huge problem.  What’s next?  Brawndo to irrigate our crops? 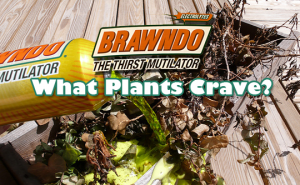 In the dire straits we and our elected leaders have put us into; it’s easy to completely give up.  I mean why worry about global warming when your food is going to kill you and exactly nobody gives a damn?  Do we begin to understand that there is no game plan for the planet that we are on?  Should we be thinking instead about protecting the rest of the universe from…Us?  Maybe we shouldn’t be cheering the Mars Rover, after all it will likely lead to more of Us out there screwing things up.

Perhaps the time has come when we need to grab up a bit of personal responsibility.  We cannot wait for “leaders” to do anything right by anybody we can only do right ourselves.  And, therein lies the problem…

We have eaten too much Turducken.  We are complacent.  Push the delicious meat roll sandwich aside and go dig some dandelions out of your back garden. (If you’re lucky, nobody in your neighborhood has been using Roundup)  In any case the time has come to care for yourselves and not rely on global leaders in anything to solve the problems of humanity.

They aren’t human, they are Leviathans.

Clearly, the people in charge of GMO are not human at all.