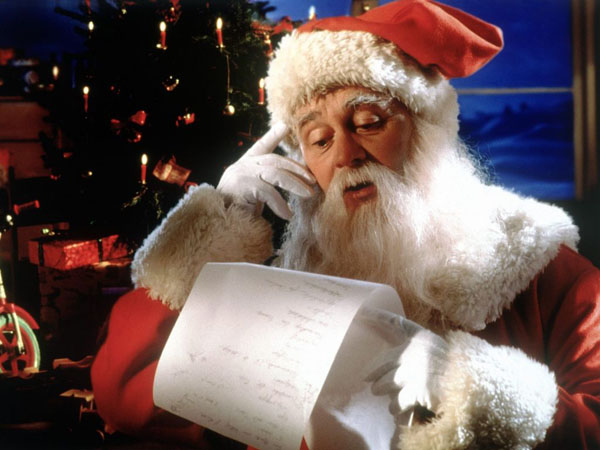 Alaskan State Troopers have just left the estate of Santa Claus, where it has been confirmed that the jolly old man is dead.  The deceased leaves one red and white striped pole, a large complex of igloos, a factory that has been shut-down until further notice, and a large bag of cookies that have been taken into evidence.

Santa Claus had been seeking psychiatric help for severe depression, resulting from unfavorable publicity over the last few years, and rumors of behavior unbecoming for an elderly gentleman.  While he had stated that unlike Tinkerbell, he won’t just fade away if nobody believes in him, his job had been affected by the current economic crisis and changes in policies among his work force.  The elves have been complaining that they labor in sweat shops, even though the temperature has been kept at a cool -20.  After filing a complaint with the Department of Labor, Santa Claus was fined with the inhumane practice of keeping three French hens, two turtledoves and a partridge in a pear tree.  His reindeer were confiscated and Rudolf was placed in a sanatorium for contagious respiratory diseases.

Madama Mama, of the Interstellar Diplomatic Services had been conducting counseling services through satellite communications from her home in Ursa Major, when the incident occurred.    Her exclusive live interview with Santa Claus may shed a little light on what transpired on the eve of his alleged suicide. Madama, are you ready to broadcast?

Madama: To begin with, I want you to know that I’m not overweight, so I’m actually slimcasting, although Santa pulled considerable weight in this area.  In fact, we were discussing his weight problem at the onset of this tragic turn of events, so I think it’s best to relay the transcripts from that point.

(Slight shuffling) Santa, from what I understand, the Association for Prevention of Cruelty to animals refuses to give your reindeer back unless you lose one hundred pounds.  Is that correct?

Santa: (slight sob) That is correct, Madama, although I’d like to point out that this is very unfair treatment.  The reindeer don’t actually feel any weight as the sled contains a lighter than air, star dust atomizer.  They only guide the sleigh.  Without them, the sleigh is nothing more than a hover craft without a steering mechanism.

Madama: Is this why your appearance has been severely limited this year?  Statistical reports indicate you skipped eighty percent of the gift expectancy list.

Santa: Actually, I was assisted this year by some drone caribou.  However, they had been programmed to ignore all requests from low-income housing.  Nor could I deliver presents to the homes that had exceeded their quota of gift allotments.  Of the remaining expectancy list, thirty percent were deemed as toys too educational to receive approval from the Society for Preventing Parents from Teaching Their Kids, twenty percent were for video games that did not meet the minimal requirements for violent episodes, and fifteen percent were determined to be too ethnic for the Patriotic American policy.  The remainder were vetoed for not supporting corporations. 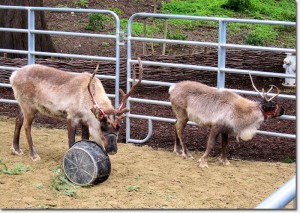 Madama: Is there any truth to the rumor that you committed a number of violations this year that will keep you tied up in court for the next 364 days?

Santa: That’s only for the expediency court.  There are still 5,684 class action civil lawsuits that attorneys say could take up to seven years to settle.

Madama: What happened, Santa?  I thought you were always on good terms with the Public Relations Department.

Santa: I’m not sure.  I was just doing the things I’ve done since St. Nicholas gave me the idea to give free presents to good boys and girls at Christmas.  It seems the issue began when a group of child behavior specialists got together and decided gifts should not be determined by how well a child has performed, but that there should be a uniform rewarding of one gift per child.  The gift should be determined by age and sex and should be the same gift for each category.  I rebelled.  I simply could not bring myself to pass out presents that weren’t on the wish list.  However, I did agree to give up the practice of determining which children were naughty or nice.

(Long pause.  When Santa speaks again, his voice sounds more depressed.)  But that was only the beginning of it.  A lot of new rules were imposed.  I could not allow children to sit on my lap.  I must not give them candy as it encourages taking candy from strangers.  The use of “ho, ho, ho” was censored as a derogatory term not fit to be heard in the presence of small children.  The politically correct note of jolliness is now, “hee, hee, hee.”    (Voice rises hysterically) When does a three hundred man say, “hee, hee, hee”?  It sounds like a horse whinny!

Madama: (trying to calm him) I know it must be difficult for a three hundred year old world citizen to adjust to keeping up with the pace of modern social change, but many of these laws were set in place to protect people’s sensitivities.  But Santa, to have 5,685 class action suits filed against you, you have to admit you must have done something wrong.  Maybe we can talk a few minutes about the mistakes you made so you can improve your performance in the future.

Santa: People’s sensitivities?  What about my sensitivities?  Have you ever tried to squeeze through the air ducts of natural gas fixtures?  What did I get for my pain?  Those class action suits are all for charges of breaking and entering.  I’ve also been charged with stealing cookies and milk.

Madama: I think you are into denial.  What about the federal charge of aiding and abetting a terrorist?

Santa: That was a set-up!  I received an e-mail from someone who said he was a twelve year old boy who wanted a remote control toy airplane with a camera built in so he could film what the plane was flying over.  When I delivered the toy, I was seized by federal agents who claimed I was trying to give spy technology to enemy agents.  I am now under surveillance, with strict orders not to communicate with whales, walruses or Polar Bears.  My toy making factory has been shut down and the elves sent to Guantanamo Bay.  I tell you.  I can’t take it anymore.  My life is in ruins.  Mrs. Klaus has run off to live with Adam Sandler.  They are making a movie together called, “Adam and the Real Klaus”.  All I have left is one lump of coal.  Wait.  It’s gone!  Someone has stolen my coal!”

Gunshots were clearly heard, then silence.  While nobody was there to witness this dreadful scene, troopers were quickly notified after Madama placed a 911 call.  No signs of foul play were found and the incident has been classified as suicide.

Since the death of Santa, a number of deities have applied for the job of taking over his yearly rounds.  Although a number of them have been disqualified for conflict of interest, as their antiquity pre-dates Santa Klaus functions, there have been a number of promising new candidates.  Among the leading contenders, we have:

Obama Claus: This streamlined Klaus promises prosperity through mandatory wealth insurance.  To accomplish this, he will begin by taking toys away from the children and giving them to the one percent, thereby allowing a trickle down effect.

The Tea Party Claus: Banning chocolate milk as an unhealthy treat for children, the Tea Party Klaus proposes to give everyone a cross and a sharp spike for holiday enjoyment.  Reindeer will no longer be used to pull a sleigh, but barbequed on a grill.

RepubliClaus: While somewhat fossilized, intelligence reports list him as a favorite for stimulating the economy with advanced fuel consumption.  He proposes to end climate change by shooting all eco-terrorists and dismantling the Environmental Protection Agency.  Republiklaus comes complete with a food trough for all supporters. 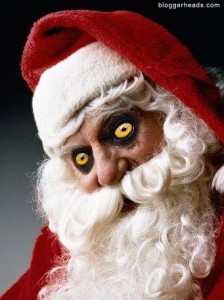 Old Fervert: Claims to have been waiting for the opportunity to prove himself as a capable Klaus for a long time.  His qualifications include a number of supporting roles in Tim Burton movies and a special guest appearance in “Devil’s Rejects”.  At an agreeable weight of 392 pounds, with a bald head and fangs, he feels he would be the best man for the job because he likes scaring children.

Applications will remain open until January 12, at which time it will be decided who should take the place of the Arctic citizen, once much revered, but who, in recent years has run afoul with government agencies.  You may vote for your Klaus of choice online or write in your favorite candidate.  While your vote will probably not be counted, you’ll set a good example for your children by participating in the democratic process.  It’s a new year, a new era, and we look forward to presenting a brand new holiday tradition and a fresh new face to take the place of Santa Klaus.