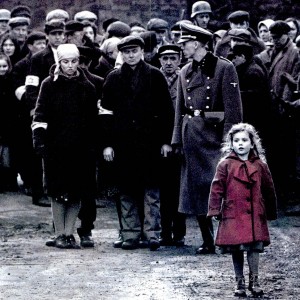 By: Miguel Barrero- Courtesy of Micmag.net

The scene reminded the reporter a few days ago and I think Pachi Poncela reflects well the unfortunate idea behind the times. There is a moment in  Schindler’s List in which the Nazis set out to make the first selection among prisoners established two major groups: those whose work could be helpful to the cause and that-age, disability or whatever-they could not contribute anything  productive(the cursilla mine) to the new social order that Hitler sought to introduce puppies. Amid this panorama, the camera lingers on a particular prisoner: an elderly gentleman who, unable to resign themselves to the cruel fate that awaits, just enough to whisper: “What am not essential? But if I teach history and play the flute, how can I be critical? ”

Some might say that the example is extreme, but I think it’s time to start calling things by their name, and if anything is clear after reading or hearing statements that periodically performs dangerous Wert minister, is that all that awaits us just around the corner looks really bad. The strategy is transparent in terms of culture: minimize it until you reach a point where it is no longer worth anything to proceed, at that moment, to sell off the remains of four pigs hard. Libraries have no budget to buy new books, aid to the theater or cinema ride ridiculous margins and museums go on the warpath both cuts in their budgets and by the gradual loss of prestige to which undergoing fare. With education starts spending more of the same, with the added difficulty that it usually means the beginning of the road to the culture and the assumption of certain moral values ​​that many of us are indispensable. But in this way you will begin to get many traps and soon end up not driving anywhere. In institutes no longer teach economics, but initiation of business (whatever that is); philosophy becomes something secondary and but perfectly avoidable Art History, Literature, Latin and Greek begin to be under minimum (it is not that they would walk very buoyant), and everything that smacks of reflection and critical thinking, or you can relate minimally to the forging of a unique personality, is cast aside in favor of those disciplines that supposedly were routed to facilitate the incorporation of new generations to a labor market which, today, is in the bones.

One thought that in this life, it was important to be a good person and not be ignorant. In that order. Not now. Now the important thing is to memorize English technicalities that are useless, like a parrot repeating the new neoliberal doctrines and avoid taking the search for a sales pitch to avoid being inappropriately own away from the herd. Because that is what they want to become: a large herd under whose orders we graze (Rajoy made ​​it very clear the other day, in his unfortunate speech to the troops), a shapeless mass of individuals stripped of all power reasoning and unable to take on their own initiative any. Despunten only allow those who articulate their life around servile speeches and empty (do not know if you have seen the video where that kid of 35 walks for a halt enrollment in ruins while releasing banalities and absurdities taste very neocon: I refer to the same thing) and put their efforts and illusions at the power without demanding anything in return, willing to settle for any poor prebend that satisfies, in one way or another, their rotten egos.

Why read books, watch good movies or waste time listening to music? What good is knowing who wrote the  Book of Good Love , enjoy the  Heroic or purposely reflect the myth of the cave? What we are interested in the ideas that guided existentialism, nihilism and to surrealism? Who cares that we do not know who they were Stanley Kubrick, Stravinsky, or Strabo Pirandello? None of that we need to move through life like they want us to move. To plegarnos entirely to his will. To stop being human beings and citizens become essential.

Libraries have no budget to buy new books, aid to the theater or cinema ride ridiculous margins. In this way you will begin to get many traps and soon end up not driving anywhere.

Those Loud-Assed Sirens of L.A.