Perspective of Israel in Real Travel 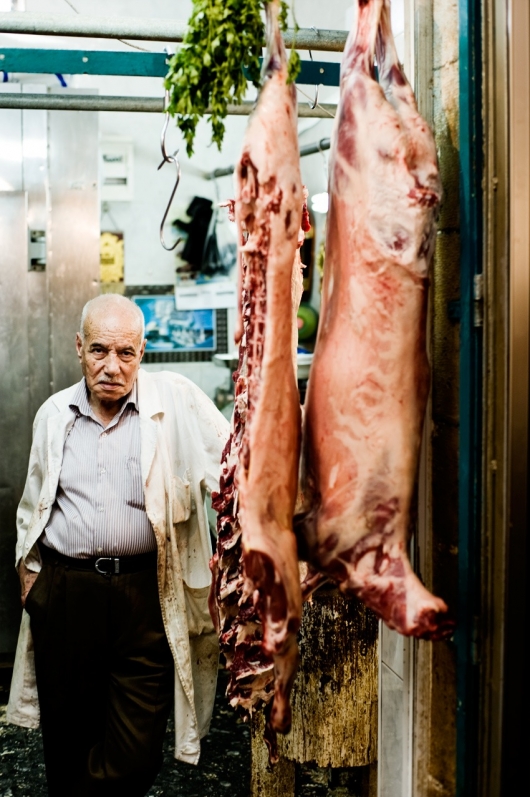 Israel is known for its war against Palestine, the Jewish culture and its problems with Iran. But let’s not forget that in the first place, it is a country of history, fostering many monumental and religious sites. Michael Wagener is a photographer who travels around the world.

Since June I am back in Germany and in the last two weeks I had visited a friend in Jerusalem, Israel. It was the first travel after my world trip and it was set on a regular Holiday period. Only two weeks in Israel! I thought before leaving: ‘’Will it be enough time to make experiences?’’ ‘’Do I really need new experiences after my long trip, with all these images that are still traveling through my mind?’’

But the beach of Tel Aviv was a relaxed start. I was then wondering why there had been no troubles at the customs, when I arrived with all my stamps in my passport..?

Tel Aviv is a crazy place for party people and I think it’s a good introduction to the Israeli world. It’s modern and European-like. During my days I had the pleasure to see the Tel Aviv Photofestival with the works of Antoine D’Agata and a lot of young upcoming artists from the place. But I missed a critical point of view on Israel.

Is Israel not the country where there is still a war? Where are all the terrorists at? Any gunfire or bomb explosion?

Those were cut and dried opinions which I heard before leaving on my trip. As a German, it is not very easy to write about the country of the Jews. Still the history of my own country makes me feel sad and guilty to speak about Jewish people. But Israel is more than a country known for the war against Palestinian land, Jewish culture and Iranian conflicts. In the first place, it is a country of history, fostering many monumental and religious sites.

To see stunning Masada and realize the power to build this place in the desert is amazing. To realize how strong religion can be when visiting the Church of Holy Sepulchre, and this beside emotional tourists from Russia, leaves you awestricken.

In the era of casting show heroes, it is truly amazing to see the power of the religious story of Jesus Christ or Mohammed still living in Jerusalem. Israel seems to be a melting pot of different cultures trying to live together. You see the Arabs bargain in the street of the Old Jerusalem around Orthodox Jews, Ethiopian priests or Franciscan monks. But then you travel through Bethlehem in an old Mercedes-Benz with a nice Palestinian guide named Yamin and a beautiful female EU Attaché from Spain, and the discussion during the trip brings up the problems of this nation: You see the wall that separates Palestine from Israel and you still think about the mistakes that happened in your own home country.

“As a German, I could not understand why people- in this case, the Jewish- make such a big mistake again.”

So it would seem like, that the victims of former times are now the offenders. I saw the young Israeli soldiers: kids with machine guns who, deep down, just wanted to play. During an interview with a teacher in Tel Aviv, I realized the problem to grow up knowing that you will be a soldier with 18 years of age and a gun in your hand, and the responsibility on other human beings’ lives. A day trip in Bethlehem introduced me in the world of the other side of the wall. Abd Al Rabbeh lives in a cave to protect his own land for the expansion of Israel. Rabbeh wrote a letter to Obama, asking him to visit him in his home and to see the problems from his point of view. He is in his late forties and one of the last holdouts of the former al-Walaja village.

Ethnically cleansed around 1948 by Israeli forces, most of the al-Walaja village now remains a smattering of stone house ruins. Rabbeh still lives there, watching the bulldozers building the wall. And this reminds me of all the problems I saw and it made me angry about the ignorance of the cultures of the world.

Two weeks is time enough to travel, to get experiences… maybe better than to stay at home and see as far as the next hill.

Michael Wagener- From Israel: ‘‘As a German It Is not easy to Write About the Country of the Jewish”

Adventure in the Badlands