A fascist state or police state used to be defined by lingo that we each understood.  Americans had no lack of clarity on what these concepts were, because we valued our freedom.  They were the same reign of terror associated with Hitler or Mussolini:

The obliteration of all democratic rights.
So let’s explore some other oppressive regimes that worked upon the principle of a police state as accepted by U.S. scholars, before we accepted some of these practices and redefined the term, ‘police state.’

The case of Augusto Pinochet

Chile was ruled by a dictatorship headed by General Augusto Pinochet from 1973 when Salvador Allende was overthrown in a coup d’etat until 1990 when the transition to democracy began. Pinochet’s 17-year regime was characterized by systematic suppression of political parties and the persecution of dissidents to an extent that was unprecedented in the history of Chile.

The military government of Chile is considered an example of a police state by scholars.

The military exercised a great influence on politics through deterrence.  Before relinquishing power, an amnesty law was passed, which prevented most members of the military from being prosecuted by the subsequent regime (Source:  Military government of Chile (1973–1990)

Now, let’s explore the practices used in the U.S. today.

In the article above, there is mention of the military influencing politics through something called deterrence.

What exactly is deterrence?

According to the Free Dictionary, deterrence is:

A theory that criminal laws are passed with well-defined punishments to discourage individual criminal defendants from becoming repeat offenders and to discourage others in society from engaging in similar criminal activity.

Is a military strategy under which one power uses the threat of reprisal effectively to preclude an attack from an adversary power?
This is interesting, but it leaves me with a question.  Tell me…how do the citizens of the U.S. become an adversary power to our own government?

And when did that happen?

Is this why some feel it is now necessary to arrest witnesses for recording police actions?

A Lesson on Perception 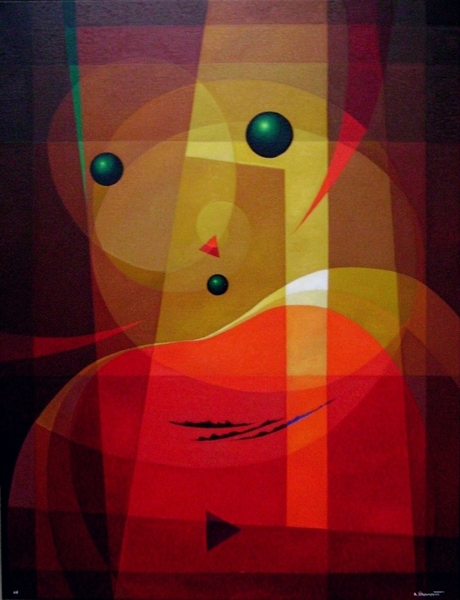 In a luncheon address called Counter-Proliferation Counter-Terrorism Briefing IIIgiven by Peter Huessy — President of Geostrategic Analysis in Potomac, Maryland; some of this was demonstrated.

If one slides, views of the Soviet Union in a slide entitled, NSDD-75 they get an interesting understanding of what many conservatives feel is a terrorist threat.  Let’s see if you agree:

The U.S. must rebuild the credibility of its commitment to resist Soviet encroachment on U.S. interests and those of its allies and friends, and to support effectively those Third World states that are willing to resist Soviet pressures or oppose Soviet initiatives hostile to the United States, or are special targets of Soviet policy.

That sounds well and good, if you considered the Soviet Union to be a key threat to the U.S.  Some countries didn’t and it seems that there were no dire consequences for their views; but let’s go with the idea that the Soviet Union was a huge threat to us…even though they no longer exist and we do.

Our commitment to resist ‘Soviet pressures’ included use of the following as ways to influence:

And terrorism, just like in the Cold War, is the most convenient weapon for governments precisely because it breaks the string of attribution that would otherwise make retaliation and deterrence.

In the previous slides, they have noted as terrorists:

That’s an interesting list of terrorists, in my opinion.  I mean, after all…diplomacy?  THAT is what sends shivers down the spines of conservatives? 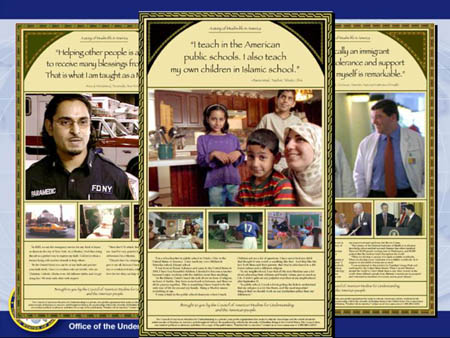 Does anyone recall these ads?  They were called the Shared Values Initiative.

They were designed to convince Muslims all over the world that U.S. Muslims were not experiencing persecution — which we later acknowledged was not true.

The videos featured “Real Muslim Americans,” participating in their daily activities, all the while providing a soundtrack intended to evoke a certain emotion in the viewer that establishes credibility for a skeptical Muslim audience.  $5 million of commercial airtime was purchased with the consent of the government in carefully considered Middle Eastern and Asian countries during Ramadan. Other phases of the Shared Values Initiative included speaking tour.  (Source:  http://en.wikipedia.org/wiki/Shared_values_initiative)

As you can imagine, they were so condescending and presumptuous that they hardly resulted in changing the opinions of Muslims.  In fact, in many cases, they had the exact opposite effect.

But this is an example of the type of propaganda used to develop cooperation in a police state.  As a matter of fact, there has been a correlation between accepting certain and working towards steps to become a police state.

In the article, Final Steps to a US Police Step – “Federalize” Local Law Enforcement, this is outlined:

Undermine a Nations Morality. Remove any relevant sections of the U.S. Constitution, protecting a citizen’s right to human rights and moral freedoms.

Is it safe to assume that water boarding and other practices of torture accepted by our CIA has done this?  I would say so, since previously, we were a country opposed to such practices.

Install a government controlled”fiat monetary system” and “fractional reserve banking” in order to create an ever-increasing class within society that becomes dependent on the government.

It might be noted that not only have we done this with the Federal Reserve; but we have also moved beyond this, creating feudalism associated with our latest power structure…the world’s credit kings who escape prosecution when they knowingly commit felonies while padding their portfolios; but change laws to protect themselves while doing it.

Control the masses with “bread and circuses” by controlling the media.

The latest form of circus media has taken over.  Today’s Conservative ideology has become the foundation of media coverage, elevating idiots like Ann Coulter, Rush Limbaugh, Sean Hannity, Glenn Beck and Fox News as the Republican Noise Machine corrupts democracy and replaces it with fascism.  No longer do you have unbiased coverage.  Today’s news has been fractioned into left vs. right due to arrival of hate rhetoric.  And the large dollars of the right has begun to control the media to the point that they are dripping their shit all over the place without any abandon.

While 90% of the country is distracted with bread and circuses (sports, work, church, etc) legislate the Police State in the name of a prominent Boogy Man of the day.

Can you say corporate personhood, anyone?  This is a fine example of distracting the masses while inflicting laws to regulate issues the right wishes to control.  Another fine example lies in the upcoming Proposition 32 coming down the California initiative pipelines — an initiative set up to give additional controls by Superpacs and corporate entities, while attempting to fool the little people of America.
Fifth Step:

”Federalize” local police. Arm them to the hilt with the money that was supposed to go towards “fixing” the economy via federal grants.
Can anyone say Homeland Security and the TSA?  Hellooooo!!! We even boost support for these policing agencies by making programs about them, aimed at generating sympathy for their policy making and enforcement.

Wait for (or create) “THE emergency” capable of starting widespread panic.
Coming to a city near you, soon!

I’m often reminded of the 1950s when I listen to people today.  I was a bit young to understand much of what was going on then; but riding on my father’s shoulders as he boycotted certain personalities, Ispie do have some strong recollections of certain names he used over and over; and with great antipathy.

It’s what led me to research those names when I was old enough to question my father’s views.  And I remember something else that many people my son’s age don’t recall…

Spying and prosecution of spies

These are things that kids my son’s age have limited understanding of.  Some of our soldiers have come home with ideas of some of this.  But I wonder how many realize how serious these things were in my generation.

Jennifer Lawson Zepeda – A fascist state or police state used to be defined by lingo that we each understood. Americans had no lack of clarity on what these concepts were, because we valued our freedom.