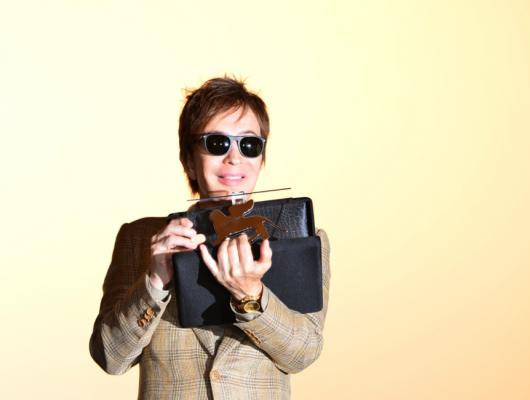 August 30, Michael Cimino, great American director, screenwriter and producer, was given the Persol 2012 award of the Venice International Film Festival, which aims to celebrate a legend of international film making. Following the award ceremony, Cimino’s masterpiece Heaven’s Gate (1980, 219’) was screened in the new Criterion edition, digitally restored under the supervision of the filmmaker, at the Sala Perla (Palazzo del Casinò), as part of the Venezia Classici section of the 69th Film Festival.

It is not a restored movie, as he said, but a recreation. A milestone date for Michael who, after having worked tirelessly to give the movie a new life, saw it for the first time on a large screen together with us all, the privileged public.

“Michael suffered one of the most atrocious situations for a genius”

Describing the movie is just impossible: the history of the US, the world, politics, love stories and stories of hatred, power and blood, with a journey into Cinematic history. Endlessly beautiful cameos: Fellini, Visconti, but also epic directors from the past. Everyone is in a movie, which should be seen by everyone who deserves to be called a human being.  I told Michael he should hold a Master Class on Heaven’s Gate and he laughed and said that it would take him 4 days to describe the making of this movie. Let’s film it then, I said.

Michael was moved at the end of the screening, everyone in the packed house applauded for long and happy minutes. Later he said to me that he never got such a sincere and warm round of applause from an audience, not even at the Academy Awards or at the Grammy. And he was right: there are moments when people blend and the applause is just a single, wonderful and heartfelt language that touches the heart and soul of everyone. A standing ovation of over a quarter of an hour was a well-deserved compensation for the commitment, the stamina and the faith that Michael put not only into this movie but also his strength in having faced and coped with rejection for so many years.

Everything has been said about Heaven’s Gate and Michael suffered one of the most atrocious situations for a genius: having to stand the many attempts to annihilate a masterpiece. Years ago, the movie was cut to an extent that it was no longer what the Maestro wanted it to be, and then he himself was marginalized and indicted as if he were a criminal. Well, as I said it to him yesterday, what does not kill makes one stronger and Michael is stronger than ever. “Heaven’s Gate” deserves a place in the history of Cinema. No special effects, no tricks, everything carefully devised, Michael told me that the costumes were designed for each single person who acted in the movie even the extras were photographed one by one and the costume designer created something special for everyone of them, and one can tell.

“I grew surrounded by music, I once fell in love with a flamenco dancer”

Some of the scenes could be taken from one of Brueghel’s paintings or from Michelangelo’s Pietà or again from the Masters of impressionism. He was telling me how moved he was when Franco Tosi – the great costume designer – once gave him a watercolour of Delon’s horse-riding costume which he wore in the Gattopardo. One can tell how much Michel loves Visconti when watching the scenes of the waltz and the beautiful skating scene. The Blue Danube is like a fil rouge that connects this long and fascinating trip into life and death.

“My Mum used to love dancing, he says to me, and I grew surrounded by music, I once fell in love with a flamenco dancer who used to take me into the Spanish grocery stores in Manhattan. She would walk all the way down the alley of the store and show me, at the very bottom of it, a small room where there were piles of records of fantastic music. I wanted to learn to play the guitar and she took me to a Maestro who could only spoke Spanish. No words between the two of us, just the musical score and exercises to do that should be repeated if not exactly played on the following week when I had my class. Eventually, I bought a guitar made of orangewood which I still keep at home. There isn’t a single scratch or creep on it. A beautiful object which I love watching. For some reasons I broke up with the flamenco dancer”.

Michael looks into the horizon and the fine line between the sea and the sky before him and smiles,

“But this is Michael’s private life”, he says smiling to me, “You, know, people need to tell stories. We all live on stories and the History of the US has all too often been neglected, we haven’t as yet scratched its surface, I mean the true history of America”.

Michael tells me all about his research work,  the note that Nate wrote before being killed and the order that the President issued, both of them true.

This movie, like all masterpieces, becomes more beautiful with time. Light and photography make it real but t is also a dream, like our lives, that we may live facing reality or just pretending to believe what is just a dream.

What remains to know is who was the couple in the silver frame that keeps appearing all along the movie.

His Mum loved music, he does it too, and when we said good bye, he smiled and said: “keep dancing”! We’ll dance together Michael

Thank you for having taken us all through the Gate of Heaven!

Double standards in America: Benefiting you but not me…