The Frankenstorm that Rose from the Deep 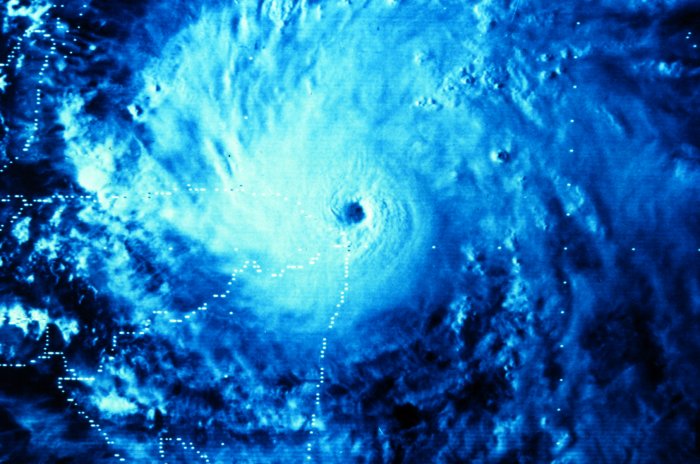 Hear No Warnings: See No Change

The “frankenstorm” was aptly named. A monster rose out of the deep, powered by the clashes of warm water currents colliding with cold air disturbances; a monster whose fury has sent the brave scattering and environmentalists crying, “now do you believe in climate change”? The remnants of nay sayers, cynics and skeptics are quick to point out humans do not create hurricanes. They do not initiate nature’s cyclic events. This is true. However, human failure to balance industry and technology with environmental controls have exacerbated the conditions in which natural cyclic events take place.

A 1997 research article put out by the Ecological Society of America, stated:

Global climate change is expected to affect temperature and precipitation patterns, oceanic and atmospheric circulation, rate of rising sea level, and the frequency, intensity, timing, and distribution of hurricanes and tropical storms. The magnitude of these projected physical changes and their subsequent impacts on coastal wetlands will vary regionally. Coastal wetlands in the southeastern United States have naturally evolved under a regime of rising sea level and specific patterns of hurricane frequency, intensity, and timing. A review of known ecological effects of tropical storms and hurricanes indicates that storm timing, frequency, and intensity can alter coastal wetland hydrology, geomorphology, biotic structure, energetics, and nutrient cycling.

Climate change involves the shifting of the fresh cold water currents on the ocean floor, pushing it higher and closer to both the Arctic and Antarctic regions. This, in turn, affects the fast moving ribbon of air that governs weather patterns, known as the jet stream. Archer and Caldeira note that “These changes in jet stream latitude, altitude, and strength have likely affected, and perhaps will continue to affect, the formation and evolution of storms in the mid-latitudes and of hurricanes in the sub-tropical regions.”

The ice cap in Greenland is melting at such an accelerated pace, that the land underneath it is rising at an approximate level of one inch per year. Under current conditions, this pace could increase to two inches per year by 2025. The same process is affecting the islands of Iceland and Svalbard, which also have ice caps.

The altered jet stream is not only melting the ice caps at an unprecedented pace and increasing the intensity of hurricanes, it has altered seasonal climatic changes world wide. Weather systems, whether cold, dry or wet, are slow to move in and slow to move out. This results in a “blocking” event, in which the weather front remains in one area for a prolonged time, slowing down changes in weather patterns elsewhere, effectively creating a “traffic jam”.

We have seen the effects of this blocking pattern world wide over the last year. The Arctic and sub-Arctic regions of Alaska and Siberia began their winter with a -20 to -45 degree cold front that lasted two months, eventually culminating in snow storms that brought some areas up to fourteen feet of snow.

London experienced one of their worst summers on record, with freak storms, flash floods, relentless rains that gave them more than twice their average rain fall in the notoriously rainy city. Weather forecasters blamed the jet stream. Stated Michael Lawrence at the London Met Office, “These areas of low pressure are hitting the UK as a whole instead of giving us the glancing blows you would usually expect in summer.”

Russia cut their forecast for grain harvest after two of their regions in Ural and Siberia were affected by severe drought conditions. India experienced its fourth drought in twelve years this summer, with a monsoon season so weak, their crops were nearly completely devastated. At the same time, parts of China were drenched with such massive rain falls and flooding, even a portion of their Great Wall crumbled.

A 1999 study on the impact of climate change pointed to an alteration in the growth of sea grasses. According to the scholarly work of “Aquatic Botany”:

“The distribution of seagrasses will shift as a result of increased temperature stress and changes in the patterns of sexual reproduction. Indirect temperature effects may include plant community changes as a result of increased eutrophication and changes in the frequency and intensity of extreme weather events. The direct effects of sea level rise on the coastal oceans will be to increase water depths, change tidal variation (both mean tide level and tidal prism), alter water movement, and increase seawater intrusion into estuaries and rivers. A major impact of all these changes on seagrasses and tidal freshwater plants will be a redistribution of existing habitats. The intrusion of ocean water into formerly fresh or brackish water areas will directly affect estuarine plant distribution by changing conditions at specific locations, causing some plants to relocate in order to stay within their tolerance zones and allowing others to expand their distribution inland.”

Climate change has effected the coral reefs, mangroves and sea grass meadows that house and feed many species of fish. Reefs have already become endangered by human causes, such as pollution and over-harvesting. Mangroves are a breeding ground for many fish and crustaceans, such as crab.

Warming sea waters directly effect oxygen solubility in ocean habitats. Oxygen rates decline by six percent with each degree of temperature rise. The low oxygen concentration has rendered compartments of the world’s oceans inhabitable for marine life. According to “Marine Biology”, the growth, size, resistance and resilience of whole populations may be altered with advancing climate change.
This summer, Alaska and Canada experienced the lowest King Salmon runs on record, causing fish management to withdraw King Salmon fishing rights. There were a lot of hard feelings, with Canada accusing Alaska of allowing less of the run to enter Canadian waters, and subsistence fishermen blaming commercial fisheries for driving down the numbers.

The analysis by “Marine Biology” stated a decline in Northern Atlantic stock was driven by climate change. They state, The claim that “climate findings let fishermen off the hook” does not, however, tell the whole story, and excessive fishing will certainly not assist ecosystems stressed by climate change. There is growing acceptance of the requirement for an ecosystem approach to marine fisheries and environment management: this approach should take account of the whole gamut of anthropogenic and natural threats to ecosystems, including climate change.”
It has become impossible to state that climate change doesn’t exist. The past year has witnessed extreme weather conditions on a global scale. Nor is it possible to advert the changes already taking place, but it is possible to finally admit human error has contributed to wide spread environmental imbalance. Only by admitting our actions have been at fault can we begin to make the changes necessary for preventing future major catastrophes, or at least, begin making preparations for the inevitable effects of the changes already taking place.

Karla Fetrow: Only by admitting to climate change and the man made forces behind it can we begin to prepare for the future.

Two Visions of the Future; an Oily Slope or a Green Tomorrow