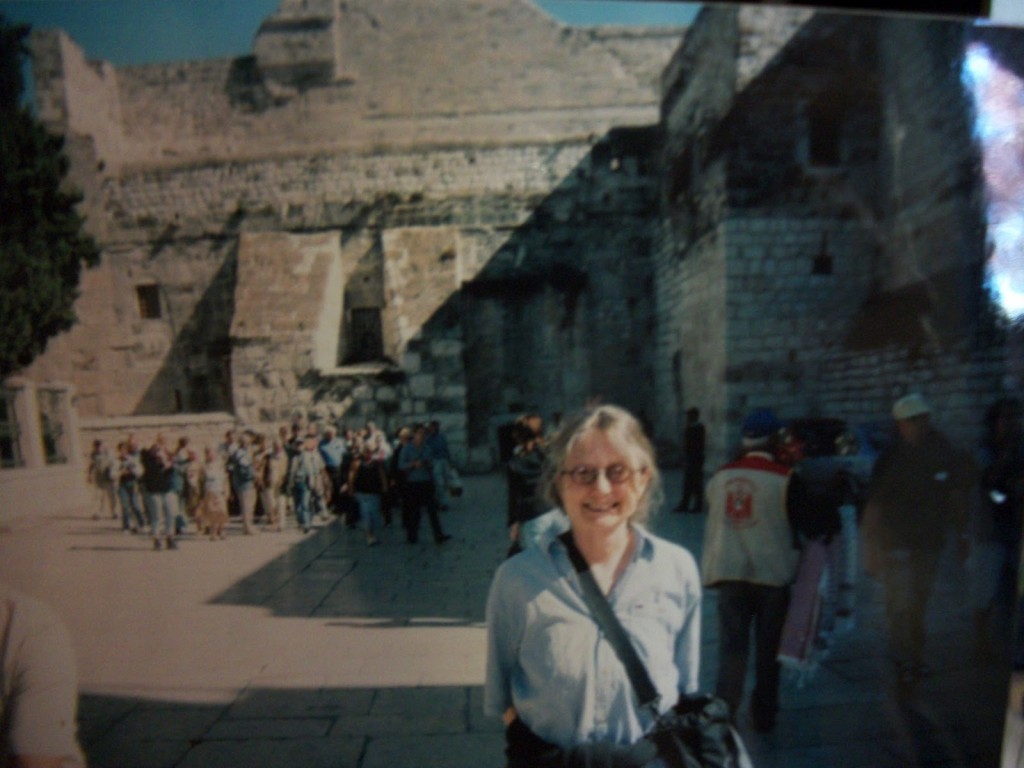 My head is currently all filled with lists of things that I will need to do in order to get myself to Cleveland to attend a convention for murder-mystery writers and readers http://bouchercon2012.com/.  But that doesn’t mean that I’m deaf, dumb and blind to what else is going on in the rest of the world.  It seems that Benjamin Netanyahu is still just as busy trying to drum up a war with Iran as George Bush used to be back when he was trying to get us to bomb the heck out of Iraq.

According to Middle East expert Ira Chernus, “Israeli Prime Minister Benjamin Netanyahu, addressing the UN General Assembly, ‘warned that by next summer Iran could have weapons-grade nuclear material.’  Then came a clip of Netanyahu, trying to sound chilling:  ‘At stake is the future of the world.  Nothing could imperil our common future more than the arming of Iran with nuclear weapons.’  Nothing? I wondered.  Not even the melting of the polar ice caps, or a huge spike in global food prices, or an accidental launch of one of the many nukes that the U.S. and Russia still keep on hair-trigger alert?” http://www.smirkingchimp.com/thread/ira-chernus/45781/israel-versus-iran-netanyahu-s-cartoon-version

So here is another big murder-mystery.  Why in the world would B-Net want to unilaterally attack Iran?  Why is he currently shouting from the rooftops that Iran is such a big danger?  Since its inception back in the 1970s, modern Iran has never preemptively attacked any other country — so why should it start now?  Iran doesn’t even have to attack anyone.  It’s already got absolute oodles and bunches of oil so there’s no need for it to go on the offensive.  There is, however, lots of need for Iran to go on the defensive — against all those greedy types out there who are lusting after its oil.

What is in this for the NetBoy?  How would he benefit from an attack on Iran?  He would benefit in the same way that GWB benefited from his attack on Iraq — money, power, fame, etc.  I get that.

But what is in it for Israel?  Nothing.  Let me repeat that.  Nothing.  All Israelis will win from a war on Iran will be death and fear and two generations’ worth of work at building its version of Tel Aviv from a few shabby immigrant kibbutzes into a city famous for its nightclubs, parties and beaches.  All that hard work will be down the drain and turned into rubble.

A war on Iran will not be a win-win situation for both Israel and Nettie.   It will be a win-lose situation, one where the Yahu himself wins big, goes off to New York City and lives like an exiled prince after the dust has settled on Jerusalem — but Israel itself loses big-time.

Or perhaps Benny will just go join Dubya and they both can hang out in the upscale malls of Dallas, reliving their glory days for anyone who will listen.

“But Jane,” you might say, “perhaps there won’t even BE a war on Iran.”  Not if our Netele can help it.  If it is up to him — and it appears to be — there will be nothing but Net.

Benjamin Netanyahu needs to step back, take a deep breath and remember that, “Life is a competition and the winners are the ones who do the most good deeds” — not the ones who callously cause the senseless deaths of hundreds, thousands or possibly millions of living human beings.

PS:  What the freak is there to do in Cleveland these days?  I mean besides go to the convention, visit the Rock and Roll Hall of Fame and sit around in my hotel room watching tons of mendacious and slimy Republican election attack ads paid for by the Koch brothers and Citizens United and Karl Rove?

Netanyahu for president of the U.S.?

I bet that the Republicans are literally kicking themselves right now because they are stuck with Ryan and Romney for their presidential candidates when they could have had the REAL neo-con goods:  Benjamin Netanyahu!

“But he wasn’t born in America and neither of his parents are Americans either,” you might say.  No problem.  Have facts ever stopped the GOP before?

Just think how the Repubs’ bosses would droll at the thought.  War with Iran within 24 hours after inauguration?  What’s not to like about that!  Especially if you are a weapons manufacturer or an oil company.

“But what about Israel?” you might ask.  “Won’t it be bombed to toast in the process?”

“Who cares about Israel,” our Netl would tell David Letterman and Meet the Press.  “America is now my own, my native land.”  But then the NetBoy never really cared much for Israel or Jews in the first place.  He always did have bigger fish to fry.

But, wait, it’s not too late for the Republican 1%!  Romney and Ryan are clearly on the skids right now — so they could be easily be dumped and no one would care.  And although they could still steal the election for Romney and Ryan with a little help from vote-tampering in the nine most important swing states, wouldn’t it be truly better for Wall Street and War Street if there was “Nothing but Net” in the White House come January?

******
What next? Now I’m trying to go to a six-day voodoo ceremony in a cave somewhere in Haiti. Please donate toward my trip expenses here:https://www.wepay.com/xh8kekc
Also my son Joe is trying to raise money to film a documentary on this event. Check out his video of the voodoo master here — a truly heavy-duty dude:
https://www.wepay.com/donations/suzandoc

Jane Stillwater-It seems that Benjamin Netanyahu is still just as busy trying to drum up a war with Iran as George Bush used to be back when he was trying to get us to bomb the heck out of Iraq.