Double standards in America: Benefiting you but not me… 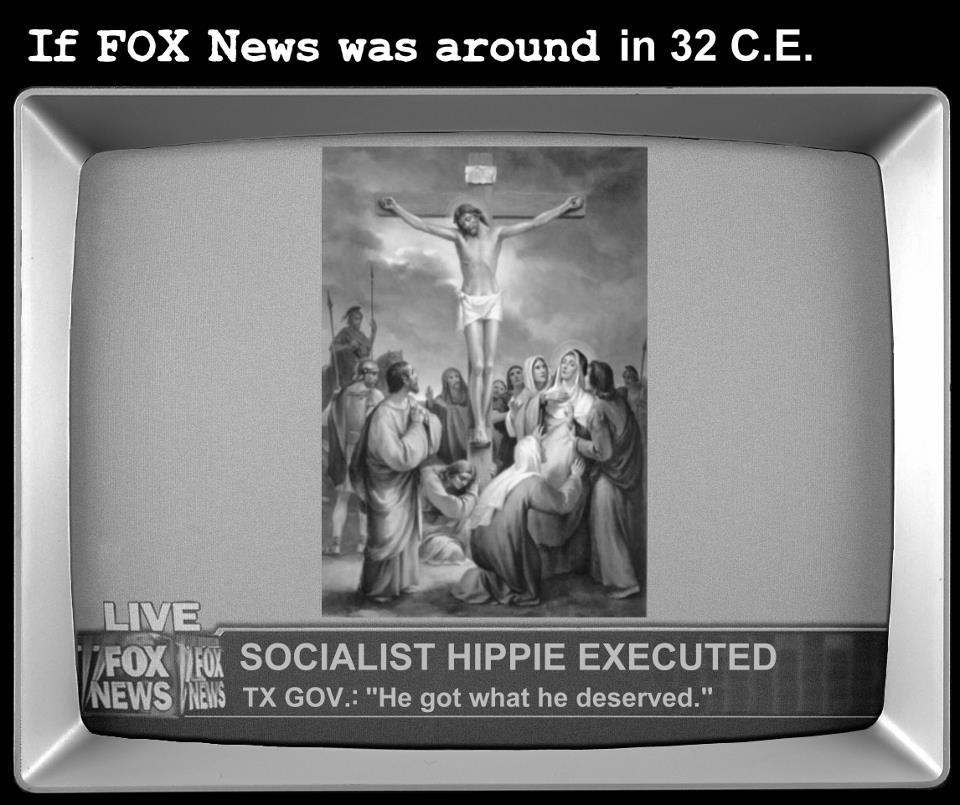 Everywhere I look these days, I see hypocrisy and double standards being used by Americans — locally, nationally and internationally.

Locally, for instance, a neighbor of mine recently intimidated and bullied her landlord into giving her all kinds of favors and perks.  However, when this same landlord attempted to do something that would have benefited all of his tenants, she suddenly threatened to take him to court.  “More stuff for me, less stuff foryou,” seemed to be the argument that she plans to present to the judge.

And another neighbor of mine claims to be a devoutChristian yet supports war (any war!) bigtime.  Jesus would never do that.

And our city’s current mayor, a developer himself, always seems to favor other developers and to go out of his way to twist, bend and chew up city procedures if this could possibly get yet another unnecessary highrise built downtown by his developer friends.  And yet our mayor screams bloody murder when city procedures might actually benefit just some Average Joe like you and me. http://www.berkeleydailyplanet.com/issue/2012-06-15/article/39859?headline=Tom-Bates-and-the-Secret-Government-of-Berkeley–Excerpt-1–By-John-Curl

Vote for Kriss Worthington for mayor of Berkeley onNovember 6 instead — and/or donate to his campaign here:  http://www.krissworthington.com/home/

On the national level, Willard “Mitt” Romney wants to take from the poor and give to the rich — and he’s really really good at this too.  Fine.  He’s rich.  This policy benefits him.  I understand that.  But then he talks to the rest of us poor schmucks like he’s gonna be our savior too — when this is actually the farthest thing from his mind?  Hypocrisy?  Absolutely.

Obama claims to represent America’s grassroots community.  But who gets the most benefits from his largess?  Wall Street.  And War Street.  And “health insurance” companies.  Of course he’s better atbenefiting you and me than Mitt is — but not by all that much.  Saint Obama he is not.

And during this current election cycle, Americans all seem to be bitching and moaning about the direction that their country is going in — yet no one will vote for a viable candidate with good ideas such as Dr. Jill Stein of the Green Party (who just got arrested for having the gall to ask for her rightful place at the last presidential debate).  Or even Roseanne Barr.  Trust me.  Roseanne Barr has a lot more good ideas than Romney and Obama combined.  But Americans would rather just bitch and whine and “vote for the lesser of two evils”.  Hypocrisy.

There are two excellent films out right now, entitled “We’re Not Broke” http://werenotbrokemovie.com/and “Story of Broke”http://www.storyofstuff.org/movies-all/story-of-broke/.  Both movies clearly demonstrate that we have more than enough money in our treasury to benefit the 99% wonderfully — but are benefiting the greedy 1% instead.  That’s just wrong.

And here is a link to a film about Monsanto — how it is systematically killing off as many human beings aspossible for fun and profit, both in America and abroad.  Perhaps Monsanto has mistaken us humans for weeds? http://www.commondreams.org/view/2012/09/23-5

And on the international scene, we can see the most hypocrisy of all.  Global corporate interests with American ties have caused the deaths of over ten million people in the Congo in the last three decades — and then these same enormous conglomerates actually have the NERVE to say they are just representing free enterprise.  Since when did Adam Smith ever tell us that capitalists need to take their market advantages from the barrel of a gun?  Or from welfare subsidies from the USA, the IMF and the UN?

America’s corporate-owned government bleats constantly that it is representing democracy abroad — despite all the election fraud, jailing of demonstrators, free speech suppression, media control, indefinite detention and phone-tapping going on here — which makes our “democratic” leaders on the international level the biggest hypocrites of all.

And then there’s Al Qaeda — bad guys when you need a boogieman in America, but good guys when you need boogiemen in Libya and Syria.  And Israel?  It’s a heroic Jewish state when War Street needs topropagandize it — but an anti-Semite down-and-dirty commandment-breaker and disrespecter of Torah in real life whenever War Street needs a land-grab in the Middle East http://truth-out.org/opinion/item/12009-a-rabbis-path-to-palestinian-solidarity.

So.  Selfishness and hypocrisy have become the new American morality — both locally and nationally.  And internationally too.  Everyone in America seems to expect everyone else to play by the rules — except for themselves.  ‘What’s mine is mine — and what’s yours in mine too!” should be solemnly engraved on every single American coin and should definitely replace “E Pluribus Unum” on all dollars.

Either that, or Americans might actually consider going back to attempting to do things cooperatively so that everyone benefits — not just for benefiting you at a very high price to me.

Nah.  That will never happen.  Too late.

PS:  On Monday October 22, me and my daughter Ashley are taking a road trip to Reno to attend a Democratic fundraiser featuring Harry Reid and Al Franken http://www.washoedems.org/.  See you there?

Jane Stillwater-Everywhere I look these days, I see hypocrisy and double standards being used by Americans — locally, nationally and internationally.