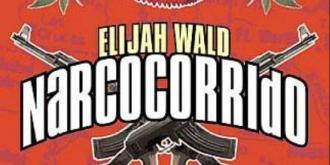 Cheerful melodies, tunes trumpet and accordion to close the polka rhythm, are misleading. The lyrics of “Narcocorridos “(read” drug ballads “), are the image of the prevailing climate of violence in Mexico for several years: cruel and gruesome.

Touting drug traffickers, who wreaked havoc in several parts of the country, “Narcocorridos “are increasingly popular. Worrying sign they are now part of the Mexican culture, like traffic and violence were already integrated customs of a people.

“The Zetas  or Sinaloas , often aided by corrupt police. “

47 500. It is, according to Mexican authorities, the number of victims whose death is directly related to drug trafficking. It is therefore not surprising that ” Narcocorridos“, including some relating to these tragic deaths have acquired such notoriety in recent years.

Despite this dismal record, it was only last week that the Mexican government, President Calderon in his head, once a promoter repressive logic conducted in conjunction with the United States, has come to accept the idea that the issue of legalization, or at least to control the drug trade, would be put on the table to finish quickly with these massacres.

This discourse echoes the joint statement of the presidents of Guatemala and El Salvador, Mauricio Funes and Otto Pérez, Monday, February 13, 2012, calling for open debate as soon as possible.

The situation is critical. The scourge continues to expand and the army is struggling to cope with armed groups such as the ” Zetas “  or ” Sinaloas “ , often assisted by local police largely corrupt.

Sergio “El Shaka” Vega was murdered last June, is one of eight singers killed since 2007.

The “Narcocorridos”, together with the traffickers.

While some are singing, others just sing to the glory of the different “bands” that fund their own career musicians. To Elijah Wald, musician and writer of drug trafficking in Latin America, ” it is [a phenomenon] comparable to what has been the jazz band in Chicago for Al Capone [in the 1920s] . ”

Some musicians can not begin without the support of financial drug traffickers in exchange for these benefits to pass messages to rival gangs or just to show their power. Plus a group of ” Narcoccoridos “is known, the more” band “which he praised his growing reputation and is able to impose its law in a particular part of Mexico.

But the other side of the coin, it is a risky activity. Past three years, 13 artists were killed on the pretext that they were disseminating demeaning against rival gangs.Komander El, one of the most famous singers of this movement, decided to take precautions: now his musicians never rise on stage without their flak jacket.

Valentin Elizalde was killed after he posted his video clip ” A set enemigos “(To my enemies).

These songs are becoming increasingly popular, especially among Latinos on the West Coast of the United States (some videos have been viewed over a million times on sites like YouTube).

More affluent groups also go on tour with their northern neighbor. The “Narcocorridos “Latinos are a little to that gangsta rap was to American blacks in the 1990s. A way for young people to identify with a culture of their own, extolling the virtues of violence and honor in a corrupt system in which they say they have grown.

For drug traffickers, it is primarily a means of propaganda to spread their influence, mainly cultural, in the U.S., the largest consumer of drugs from South America and transiting through Mexico.

The prohibition of these concerts by the authorities only amplifies the problem.Rather than tackle this form of musical expression, the United States would do well to try to end the chaos Mexican agreeing on regulatory policy with its southern neighbors, notably advocated by former Secretary-General Kofi Annan.

Tristan Brossa-The “Narcocorridos” or “narco ballads” music and singers who sing the praises of Mexican drug traffickers. A genre that appeals to a country in a pseudo war clans.