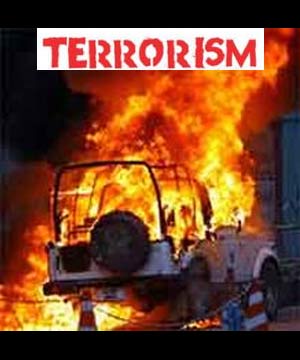 This week the FBI finally took action against Nakoula-Basseley Nakoula, who defines the basic ideas behind two concepts of thought:  Freedom of Speech and Terrorist Hate Speech.

What exactly is terrorism?  And who controls how much terrorism is allowed inside of the U.S.?

Terrorism has been described as:

a tactic and strategy

a crime and a holy duty

a reaction to oppression and inexcusable abomination.

There are many definitions of terrorism, all generated to suit who ever is arguing that terrorism is being used.  But what are the standard definitions?  Here’s a few:

The United States Department of Defense defines terrorism as:

Within this definition, there are three key elements—violence, fear, and intimidation—and each element produces terror in its victims.

The FBI defines terrorism as:

“Terrorism is the unlawful use of force and violence against persons or property to intimidate or coerce a government, the civilian population, or any segment thereof, in furtherance of political or social objectives.”

The U.S. Department of State defines “terrorism” as:

The United Nations produced this definition in 1992, which gets more to the development of terrorism:

“An anxiety-inspiring method of repeated violent action, employed by (semi-) clandestine individual, group or state actors, for idiosyncratic, criminal or political reasons, whereby – in contrast to assassination – the direct targets of violence are not the main targets.

How is terrorism developed?

One way is through influencing an audience, as in films, literature, art and many other ways.

For instance, the anti-Islamic movie inflaming protests across the Middle East , ‘Innocence of Muslims‘ would be aperfect definition of developing and using media to influence an audience to dislike Muslims under the following definition:

Terrorism is a criminal act that influences an audience beyond the immediate victim.

The strategy of terrorists is to commit acts of violence that draws the attention of the local populace, the government, and the world to their cause. The terrorists plan their attack to obtain the greatest publicity, choosing targets that symbolize what they oppose.

The effectiveness of the terrorist act lies not in the act itself, but in the public’s or government’s reaction to the act. For example, in 1972 at the Munich Olympics, the Black September Organization killed 11 Israelis. The Israelis were the immediate victims. But the true target was the estimated 1 billion people watching the televised event.

So, one wonders why the creator of this film wasn’t arrested until a few days ago?  Especially, since this film generated so much animosity and potential danger towards the U.S.

Who should be held accountable for holding off this arrest?  After all, this was what most of us would call a ‘no-brainer’ under the new definitions of “terrorist threat.”

Not only that, but the idiot who created this film had other reasons to be questioned, LONNNGGGG ago.

Let’s get right to the point!  Nakoula-Basseley Nakoula was a convicted felon for bank fraud charges who was on parole.  And part of the conditions of his parole were that he was banned from using computers or the Internet as part of his sentence.  And yet, The Innocence of Muslims showed up on YouTube.com.  Another condition of his parole was that he was forbidden from using pseudonyms.  And yet, Nakoula-Basseley Nakoula was using the pseudonym of Sam Bacile, to create this anti-Islamic film.

Boom!   This shouldn’t even be a question.  You break the conditions of your parole…you go back to jail.

So…the logical question is…Why has this man been allowed to remain free for so long?

After all, it took time to create this film, no? Are we to believe that his parole officer never took the time to question what this man was doing?

And if so, what the fuck do we have parole officers for?  And who is being held accountable for the four deaths created by this film and the attacks on numerous American Embassies?

How many times do we hear about people being arrested for making ‘terrorist threats’ against others?  And do these threats only apply when they aren’t made against people we fear?

Three adults and two juveniles were arrested Wednesday for allegedly terrorizing a Jewish camp in Pennsylvania. 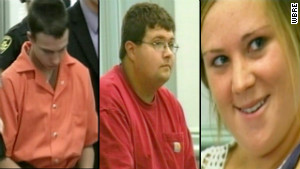 Exactly what does it take for Homeland Security to determine someone is making a terrorist threat?

Does it have to do with racist assumptions?

Is it only when its offensive tosome religions?

Do some get a free pass?

For instance, let’s explore a few arrests for terrorist threats:

Is this one of those ‘gray areas,’ where they can determine, willy-nilly, who is making a terrorist threat, depending upon their feelings about the material and their own prejudices?

After all, Homeland Security has been set up as a fairly autonomous agency.

So is there ANY policy that defIines when and if they should act upon a terrorist threat?

Because, if there is…why on earth wouldn’t a film that had the potential to spark world hate and threats of violence against the U.S. be considered actionable?

Franky, as sick as I am of the people like people like this self described ‘coptic Christian’ Nakoula Basseley Nakoula, who spreads hate propaganda; I’m actually intrigued with this case for so many other reasons.  Why?  Because it exposes the hypocrisy of our ‘terrorist threat’ statute and how it is applied.

After all…we have manufactured an environment where it is acceptable to hate Muslims ever since the 2001 event of 911.  And sadly, none of the innocent Islamic – American victims who have suffered endless persecution, including the loss of jobs after being harrased, have been compensated or even asked for compensation.  That’s why this wasn’t handled by Homeland Security or any of the other agencies that are supposed to protect our country.
For more from Jennifer Lawson-Zepeda visit her blog @ http://lawsonzepeda.blogspot.com/

Jennifer Lawson-Zepeda- Do you know what terrorism looks like?

Getting High in the Egyptian Pyramids