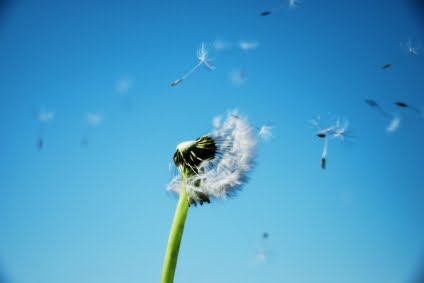 The single most often broached argument that Liberty Movement writers, analysts, and strategists are confronted with by skeptics alongside well meaning but cynical newcomers is the assertion that while we happen to be very effective at pointing out the dangers of globalism and centralization, we rarely seem to take the initiative to offer “solutions” to the problem.

This same argument is also used by establishment shills as a way to distract the public’s attentions from the very real despotic enterprises of their elitist employers. It is an often used disinformation tactic; demand that those who expose the truth of a criminal enterprise also offer an all encompassing solution to the complex dilemma. When the truth-tellers cannot present a neatly packaged miracle on a gold plated platter, the shills claim that their exposures of wrongdoing are meaningless, because they can do nothing about it anyway. And thus, the cycle continues…

In reality, the contention that the Liberty Movement offers no solutions is entirely false. We have constructed many. The problem is that these solutions are not the kind that the general American public wants to entertain. The average person desires a “silver bullet” answer to every crisis. They want quick, they want easy, and most of all, they want to sit back and relax while this silver bullet is set in motion by someone other than themselves.

The best and most practical solutions are almost never easy. They require time, overwhelming effort, and painful sacrifice. It is a law of nature; the weight of an obstacle must be met with equal or greater energy to be removed. The greater the enemy, the greater the cost. There is no such thing as a “silver bullet” or an easy way out. Yes, the Liberty Movement offers answers, but many people refuse to hear them.
When it comes to violent centralization and collectivism in the form of totalitarian rule, our options are indeed limited. The masses often pursue politics first, because it is much easier to hand one’s responsibility and vigilance over to a leader instead of taking on the monster alone. It is much easier to “hope” for “change”, rather than take matters into our own hands and struggle through the mire and pitch of our thoroughly corrupt system. Of course, politics is a game, a game that can be controlled by the very same despicable men we wish to dethrone.

Next is civil disobedience, which is useful to a point, as long as the offending government deems it necessary to APPEAR fair and just. When the oligarchy no longer needs to play good cop, simple protest and activism falls apart. In the face of unrelenting malice and destructive subjugation, waving signs and chanting phrases is utterly senseless.

In the year of 2012, America is on the very cusp of such tyranny. The legal and political framework has been put into place through bills and presidential directives like the Patriot Act, the FISA domestic surveillance bill, Presidential Directive 51 (the martial law and continuity of government EO established by George W. Bush that not even members of Congress are allowed to read), the National Defense Authorization Act of 2012, the National Defense Resource Preparedness EO, etc. Simultaneously we have seen unprecedented special orders for ammunition by DHS and other government agencies (including the Social Security Administration) numbering in the realm of 1.4 billion rounds (such large orders that the DHS is now attempting to redact and hide these numbers from public record)!

The common debate theme from the establishment is “hey, these laws and directives exist, but they aren’t being implemented, so stop being paranoid”. First of all, many of these laws ARE being implemented, just not on a large scale yet. My response is; when has any government, especially one disposed to corruption, ever created a law it did not intend to use or assert a right of authority that it ever gave back? The fact is, our government fully plans to exercise their newfound powers of oppression. They only require a particular set of circumstances to give them the rationalization.

Economic disaster is the most imminent and obvious catalyst. When a population is hungry, desperate, and internally conflicted, almost any action on the part of leadership can be made “acceptable”. And, if it is not accepted immediately, they can simply rewrite the history books later.

With the announcement of the private Federal Reserve’s open ended (infinite) QE3 stimulus package, the European Central Banks print and buy bond scheme, along with Japan’s own QE initiative, what we are faced with is a spectacular global race to the bottom. A battle of currency devaluation is about to ensue, and the first casualties will be everyday citizens whose cost of living is soon to skyrocket even further than it already has in the past four years.

In the U.S. in particular, all that is required is for the dollar to lose its coveted world reserve status, which would destroy its credibility as a safe haven investment and annihilate its purchasing power in one fell swoop. This would cause an inflationary environment that many in this country are completely unequipped to handle.

The conditions today are ripe for disaster as well as dictatorship.

The bottom line is that there is little time left for top-down political fairytale dreams, and little utility left in standard street actions. The real solutions require blood, sweat, and tears, starting with a method I have discussed for quite some time: Decentralization.

In order for a Collectivist system to prevail, its controllers MUST convince the masses that people need the system to survive. Elitists deliberately deny or forcefully remove options and choices from the public view, until we are led to believe that there is only one way to live. Only one way to subsist. Only one path to security. Collectivists must condition the populace to believe that the machine is indispensible to their prosperity, even if that same machine is actually bringing about their downfall.

Decentralization is essentially any action which removes you from dependence on the establishment. Meaning, Americans must fight back by first being able to provide for themselves the necessities of economy and of life. Any counter-movement to tyranny that thinks it can combat the system while being completely dependent on the system is wholeheartedly fooling itself. There will be no infiltration and conversion, as the Ron Paul Movement can now attest.

The concept of decentralization is often confused with so-called “isolationism” by those heavily conditioned with globalist rhetoric. What they fail to grasp is that collectivist constructs are inherently flawed. As we have seen in regions such as the European Union as well as most of the economic world overall, interdependency, especially engineered interdependency, destroys redundancy. Globalization has made us WEAK, not strong. It has tied nations together artificially, not to make them safer, but to make them unsustainable and easily toppled. Centralization removes individual imperative. It causes cultures to sacrifice their ability to self-heal. It creates incontinent invalid alzheimers societies, incapable of standing on their own two feet.

People who promote globalism unknowingly (useful idiots) are often dumbstruck by the idea that anyone would actually want to walk away from the collective entirely. They have so embraced their servitude to the con of the “greater good” that they are incapable of imagining any other alternatives. They therefore see any person who separates from the hive in any way as an immediately outlandish threat; an “isolationist”, which is just another term for “selfish hoarder”.

One can form or be a part of a community that does not require him to cast aside his individualism or sovereignty. “Community” does NOT necessarily denote “communism” as long as it respects the pursuit of independence by its members. There is such a thing as voluntary compassion, charity, mutual aid, and industry. Societies have in the past functioned quite well without overt government administration and mandatory participation. The suggestion that mankind cannot survive without being told how by some faceless bureaucracy is absurd, not to mention historically inaccurate.

Decentralization and voluntary community go hand in hand. In order to defeat a collectivist system which seeks to dissolve individual liberties and focus social power, we must build communities outside of the mainstream that foster individual liberty and disperse social power. This begins with personal sustainability, or what some of us call “prepping”. Each and every Liberty Movement proponent can and should distance himself from the globalist construct. This takes time, and planning. It requires us to learn useful skills, to produce many of our own goods, and to eventually form legitimate face-to-face networks which localize businesses and services.

International corporate chains and banks siphon wealth away from communities in exchange for a limited number of low-wage service sector jobs. This trade is highly uneven. These entities will continue to hold sway over our towns and cities as long as we continue to give them all our business. Our first goal, then, should be to remove them from the picture. By forming our own markets, whether through barter or through alternative currencies (as long as those currencies are backed by something tangible), Americans can break the false paradigm of the consumerist cycle, and support themselves and each other while keeping wealth steadily flowing within a region.
The method here is obvious; make the corrupt system obsolete by building a better one ourselves. It is, however, not simple, or easy. I do not deny that the government as it exists now would use force to ensure that the public conforms to centralization. That is a given. But, I will say that decentralization makes resistance possible. The Founding Fathers of our nation took steps to decentralize economically from Great Britain long before they ever fired a shot against them. The advantage of walking away from the chessboard should be clear; when the enemy pulls out his gun in order to make you play the game, he loses all semblance of the moral high ground. Spectators who once sat on the fence finally discover the true nature of their rulers, and are forced by conscience to pick a side. The activists then control the pace and the tone of the conflict, rather than the elites. All honorable revolutions begin with decentralization.

Decentralization breeds redundancy and strength within local economies. It makes citizens more independent and able to cope with disaster. And, it forms real, meaningful community, an advantage that has been all but lost in this country for generations. Its most fantastic advantage, though, is that it removes any excuse the government could use to convince the public and the military that martial law and executive dominance is needed. If towns, counties, and states all over America are decentralized and self-sustaining, they will not need federal help regardless of the calamity. The argument for government intervention becomes moot.

The urgency of this situation cannot be misunderstood. Those who do not decentralize here in America right now will not survive. The scale of fiscal disaster on the horizon is immense. There is no question, no debate. There is only life, and death. Decentralization, or apathy and indecision. Either we decentralize, or, we cease to be.

Alt-Market is an organization designed to help you find like-minded activists and preppers in your local area so that you can network and construct communities for mutual aid and defense. Join Alt-Market.com today and learn what it means to step away from the system and build something better.

To contribute to the growth of the Safe Haven Project, and to help us help others in relocating, or to support the creation of barter networks across the country, visit our donate page here:
http://www.alt-market.com/donate

Brandon Smith-The contention that the Liberty Movement offers no solutions is entirely false.