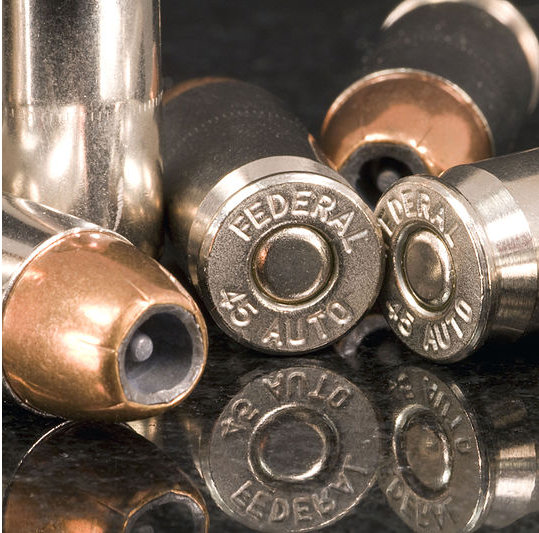 Reprinted with permission from Activist Post
Recent articles have been published, by this network and others, that detail the extraordinarily large purchases of ammunition by the United States Government. This ammunition has been of varying calibers, mainly .357 Sig and .40 S&W. However, they all have been what are known as “Hollow Point” rounds.

A hollow-point bullet is an expanding bullet that has a pit or hollowed out shape in its tip, often intended to cause the bullet to expand upon entering a target in order to decrease penetration and disrupt moretissue as it travels through the target. It is also used for controlled penetration, where over-penetration could cause collateral damage(such as on an aircraft). In target shooting, they are used for greater accuracy and reduction of smoke, fouling, and lead vapour exposure, as hollow point bullets have an enclosed base while traditional bullets have an exposed lead base. In essence, the hollow point bullet has several purposes: hollow points are designed to increase in diameter once within the target, thus maximizing tissue damage and blood loss or shock, and to remain inside the target, thereby transferring all of its kinetic energy to that target (some fraction would remain in the bullet if it passed through instead). Jacketed hollow points (JHPs) or plated hollow points are covered in a coating of harder metal (usually a copper alloy or copper coated steel) to increase bullet strength and to prevent fouling the barrel with lead stripped from the bullet. The term hollow-cavity bullet is used to describe a hollow point where the hollow is unusually large, sometimes dominating the volume of the bullet, and causes extreme expansion or fragmentation on impact.[1]

Many articles state that the hollow point round is banned in combat due to its brutal devastation it causes upon the human body. However, in reality, this is not the case.

Most people will wrongly state that their use is outlawed in the Geneva Convention. The ammunition’s forerunner was banned in 1899, and a portion of that ban is shown here:

Declaration on the Use of Bullets Which Expand or Flatten Easily in the Human Body” adopted at the First Hague Peace Conference of (29 July) 1899 which states:

The Undersigned, Plenipotentiaries of the Powers represented at the International Peace Conference at The Hague, duly authorized to that effect by their Governments,
Inspired by the sentiments which found expression in the Declaration of St. Petersburg of the 29th November (11th December), 1868,

The Contracting Parties agree to abstain from the use of bullets which expand or flatten easily in the human body, such as bullets with a hard envelope which does not entirely cover the core, or is pierced with incisions.

The present Declaration is only binding for the Contracting Powers in the case of a war between two or more of them.

It shall cease to be binding from the time when, in a war between the Contracting Parties, one of the belligerents is joined by a non-Contracting Power.

The United States only conceded to this, but did not sign. Where the U.S. did commit to was the Hague Convention IV of 1907, Article 23(e) of which Annex states:

…it is especially forbidden –

To employ arms, projectiles, or material{sic} calculated to cause unnecessary suffering;

The US’s observation of the Convention meant that ammunition used by troops would be solid ball ammunition. However, in 1985 the rules of combat changed with an opinion written by Judge Advocate General, written by Col W. Hays Parks, Chief of the JAG’s International Law Branch, for the signature of Major General Hugh R. Overholt, which stated:

…expanding point ammunition is legally permissible in counterterrorist operations not involving the engagement of the armed forces of another State.

In October of 1990, Col. Parks, at the at the request of the Commander of the United States Special Operations Command (USSOCOM) and coordinated with the Department of State, Army General Counsel, as well as the Offices of the Judge Advocates General of the Navy and Air Force wrote aMemorandum that concluded:

The purpose of the 7.62mm ‘open-tip’ MatchKing bullet is to provide maximum accuracy at very long range. … Bullet fragmentation is not a design characteristic, however, nor a purpose for use of the MatchKing by United States Army snipers. Wounds caused by MatchKing ammunition are similar to those caused by a fully jacketed military ball bullet, which is legal under the law of war, when compared at the same ranges and under the same conditions. (The Sierra #2200 BTHP) not only meets, but exceeds, the law of war obligations of the United States for use in combat.

And again in 1993, an opinion by Col Parks allowed the U.S. Special Operations Command to use a Winchester 230-grain JHP for issue with its H&K-manufactured Mk 23 Mod 0 pistol.

And the military is not alone with the use of hollow point rounds. Many police agencies use them as well and have gone toe-to-toe with civil liberty organizations. From the NY Times in 1997:

Studies on the issue are inconclusive. But civil libertarians have criticized the hollow point bullets, saying they are more deadly and increase the ability of police officers to maim and kill a suspect. ‘’The introduction of the hollow-point may very well exceed the bounds of reason and necessity, especially if massive internal injury is the risk,’ said Norman Siegel, executive director of the New York Civil Liberties Union.

Legal challenges in Los Angeles and elsewhere, however, have proved fruitless, since most big-city departments began adopting the ammunition in the 1970s and 1980s.

The city of Seattle also uses the hollow point rounds.

Civilian law enforcement and military use of such ammunition should not be of concern. What concerns people these days are the purchases by innocuous government agencies such as the Social Security Administration and National Oceanographic and Atmospheric Administration. While they may be going to strictly the investigative arms of these agencies, what needs to be looked at is the bottom line:

A good rule of thumb in all things commercial is: The fancier, the pricier. And ammunition is not alone in this. Below is a chart from a meta search engine, Ammo Engine.The search parameters were simple and selected from the results were only ammunition sold by the Federal Cartridge Company, a frequent awardee of ammunition in contracts put out by the Department of Homeland Security and the rounds selected were the .40 S&W that the DHS haspurchased hundreds of millions.

As you can see in the chart, the Jacket Hollow Point (JHP) is as much as five times more expensive that the standard Full Metal Jacket (FMJ) round.

But the price isn’t because the JHP is a “more powerful” round. Below is a comparison of the Federal .357 Sig JHP versus the FMJ.

Below is a video of the comparison between .40 S&W JHP and FMJ when it hits the human body, using ballistics gelatin which is used as a human flesh analog.

And lastly, a visual explanation on the damage of the hollow point.

A bullet will travel in pretty much a straight line. Once the round strikes the body, the physics of flight changes, causing the round to tumble and spin much like a gyroscope that is about to stop. This is what causes the damage to the body. 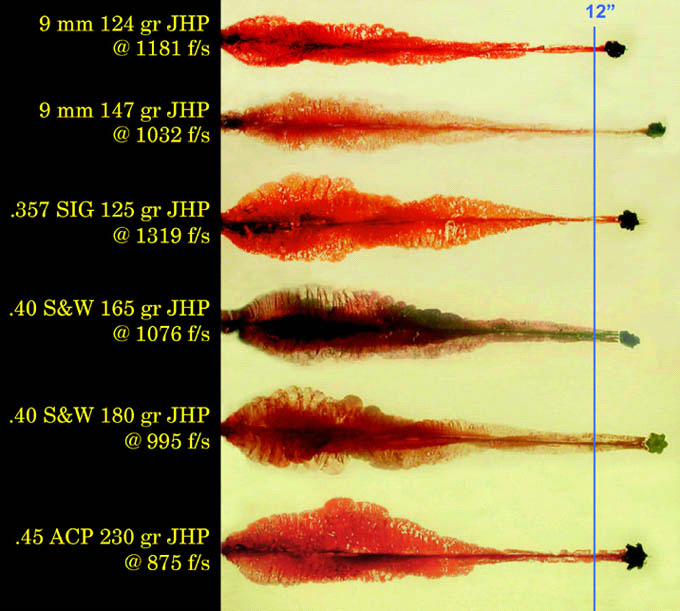 The odds of survival are minimal at best. And now you see why the recent purchase and requests by our government, unrestrained by law or morality, should scare the hell out of you.

And if you’re not scared, you’re either stupid or not paying attention, both conditions where the government wants to keep you.

You can support this information by voting on Reddit HERE

James is a father of four and grandfather to four. He and his wife of almost 30 years have been prepping since 2003. They live in a small town, with neighbors as close as 10 feet away and have raised chickens for 2 years covertly on less than 1/5 of an acre. He is a former corrections officer, insurance fraud investigator, and he served in the Navy for 6 years. He currently works for a corporation dealing with the disabled population and their benefits. He is the host of The Covert Prepper show and the Prepper Podcast Radio Network News, both heard on Blogtalk Radio.

James Smith of the Activist Post raises some important if frightening questions about why the Government is purchasing higher rates of Ammunition.

The Arab Holocaust: An Amazing Story of Western Chessboard Diplomacy in the Middle East