This is difficult to write.  This week, I saw a man lying in the street — naked, his face flattened and widened, and at least four torn areas where the anemic looking light blood was coagulating.  His face was torn along his brows and in the lower portion of his face.  Beneath his head was a pool of blood. 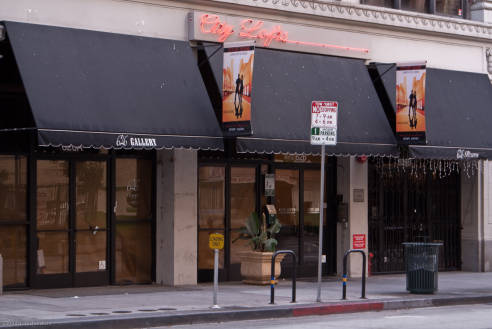 It was around 11:00 a.m. this morning on Spring Street, between 6th and 7th, around where the Spring Street Bar is located.

I’ve seen worse.  I am ashamed to admit that.

I hate that I’ve seen this and other things.  I was without these thoughts in my head at one time.  But because of what I’ve been through, I understand how people of war torn countries feel from seeing things such as this.

But this particular scene stayed with me to the point that I could not eat lunch or dinner and I was having some crazy flashbacks.  And that sounds cold, because a man lost his life this morning. 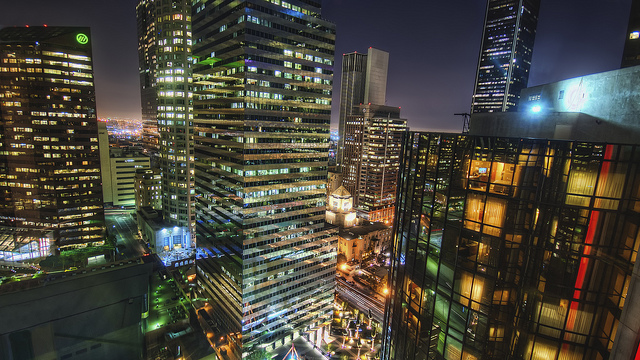 The building we live in has been designated as a historical, cultural monument.  I’m told that before they gentrified this neighborhood, many a person was thrown out of windows.  I’m told that they did this because of drugs.  And I can’t help but wonder about this naked man.

Back in 2009, there was a blog written about this.  It is called, Downtown’s Death Leaps by Eric Richardson.  It was published: Tuesday, August 11, 2009, before the renovations.

DOWNTOWN LOS ANGELES — The Downtown News this week writes about the six suicide jumps that have taken place thus far in 2009, asking whether there might be an underlying cause for the seemingly high number of cases.

Jumpers, though, are nothing new to Downtown. The archives of the L.A. Times are littered with stories about the cases, which the paper often referred to as “death leaps.”

The stories are all tragic, with attempts to explain the situations often trending toward money or relationship issues. Most Downtown structures of ten stories or more have had a leap at some point in their history.

Clusters of leaps aren’t new either. On July 21, 1956, the Times described how two men had leaped to death from different Downtown buildings “almost simultaneously” the day previous. Robert Speers, 48, took his life when he “plunged” from the 13th floor fire escape of the Mayfair Hotel in City West, while Henry Albert Ackerman, 33, jumped from 639 S. Spring.

Particularly fascinating is the regularity with which these leaper stories were accompanied by illustrations of the decedent’s downward path. Times illustrators drew in dotted paths to show the leaper’s take-off and landing points. (Source:  Downtowns death leaps)

What this blog doesn’t address is what many who have lived around here will tell you.

“They didn’t kill themselves, they were murdered over drug deals.”
I know that my place was remodeled.  It has a shiny new existence for such an old building.  Sometimes, one with an IKEA tone to it. 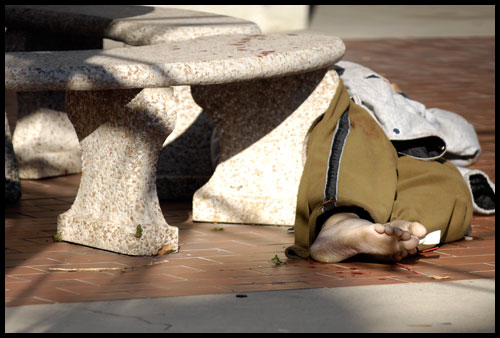 What life did he have at one time?  What led him to the place he was?  Why do they say he jumped out of a window when he was naked?

I can’t imagine anyone deciding to commit suicide and landing on the decision to strip down and jump to their death; but I heard that this man had jumped to his death.

I see his dark, ashy body, lying in the middle of the street, with his limbs contorted.  I see other bodies from other places in that same pose; because this man brings me back to some horrible memories.

It’s an odd pose and when you first see it you convince yourself that it’s a dummy.  A fake likeness of a human being that someone tossed on the street, to play a joke on society.

That is…until you see the blood and the ashy skin and the torn skin where the head opened from impact and the face that is so contorted that it looks as if a bus ran over the man’s head and smashed it into an odd shape.

I wonder what thoughts this man had as he was mid air.  I wonder who killed him.

The Reality of Things

I don’t believe he jumped to his death.  Someone threw this man out of a window.

You don’t land in the middle of a four lane street, if you jump.  You don’t jump naked.  And who the hell would leave their skin ashy if they were to do something as dramatic as jump?

You are drawn to look at these things because they are so odd.  And I wondered why the police didn’t even give this man his dignity by covering his naked body with a sheet.

I pray his soul rests in heaven.  I pray he has found peace in some way.  And because I saw this man’s horrible death, I will never believe he jumped.  How many others have been portrayed as “jumping” to avoid investigating the death of the unwanted?

Jennifer Lawson-Zepeda- This morning, I saw a man lying in the street; Beneath his head was a pool of blood.