To the Wild Willy’s; Wherever They May Roam 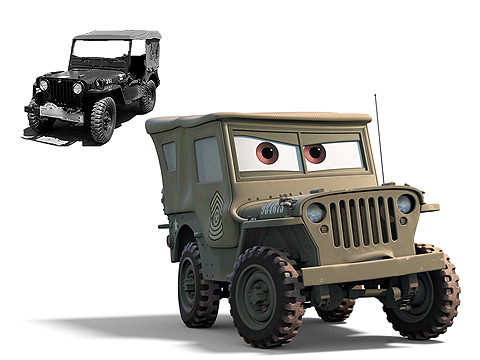 Back in the old days, and I’m talking about so old the mammoths still grazed on the tundra, the guy who was the envy of all his neighbors didn’t own a Cadillac or a Mercedes Benz, he owned an International jeep.  For all you youngsters listening to my stories, an International didn’t mean it was a jeep taking world wide tours.  It meant it was a jeep with parts that could be interchanged with the parts from other vehicle manufacturers, making it the back yard mechanic’s dream.  Basically, this jeep was a civilian scaled model of the jeeps used during World War II, the coveted, acclaimed “Willy”.  If you owned a Willy, you owned the next best thing to a bulldozer.

Roads were practically non-existent in those days.  We had one main highway, and most of the houses of the early settlers were crowded as close to the highway as they could get.  An off-road usually meant a barely defined path only known as such by the double row of tire grooves straddling hopeful clumps of struggling grass.  The off-roads were delightfully filled with dips and turns, mud holes, ditches that filled with water during every rain, and the polished, rounded intrusions of boulders that nobody wanted to remove because there might be a cavern underneath.  These off-roads were generally made by and could be traveled only by jeep.  If somebody wanted to investigate a piece for property for sell on an off-road, the guy who owned a Willy was called upon.  Picnics were arranged by lake shores, using jeeps to transport the picnickers who had grown tired of walking.  On dry days, sometimes people did risk the off-rounds to go bouncing off for a sight-seeing excursion, but when they got stuck, it was always a jeep to the rescue.
Those were the very early days, and after awhile, there were some transformations.  The dirt track back roads became gravel roads, and some were eventually paved.  Parks and recreation fixed up the picnic areas so people could drive in with their automobiles instead of making it an all-day excursion.  But they passed on their love of the jeep to the next generation.

We were a rather bold next generation in connection with our jeep escapades.  We would drive them out to the glaciers for a rock climbing adventure.  We would take them out to the rivers and find a low-ebb spot for making a crossing.  There was one rule we quickly learned.  Once you started crossing, don’t stop until you get to the other side.  It was a little harrowing at times when we misjudged the depth of a river and it slushed up to our floor boards, but if there were tracks on the other side, we knew a jeep had made it and so could we.

Mud bogging was one our favorite sports long before it became a national pastime.  The miles and miles of bootlegger clay on the inlet was just too great a temptation.  Waiting for the low tide, we spun out, rushing to bounce over the trickling streams and doing wheelies on the expanses of wide, slate colored clay.  If we didn’t come home with mud splattered all the way to the top of the vehicle, we had not been having a good day.

Another great aspect about those jeeps was, they could climb!  The Independence Mine claims on the Hatcher Pass were crisscrossed with old cart trails the miners had used to haul gold down from shafts.  While other sight-seers labored up the hills to poke around a bit in the abandoned mines, we let our jeeps do our labor for us, barreling up trails the caribou had used last and parking on the highest hill to look down like we were king of the mountain.

That’s not to say the old-timers were very approving of our jeep abuse.  For them, the jeep had been a useful tool.  For us, it was the ride of our lives.  They lectured us, telling us that you should never go any further with a four-wheel drive than you would with two-wheels, and to put it in four-wheel drive only when you got stuck.  We took that to mean, once you started spinning in two-wheel drive, put it into four-wheel and keep going!  We were perhaps fortunate that none of the dire things happened while we tested the stamina of our jeeps, but I think it goes without saying, if you raise your kids in the wilderness, you’ve gotta expect them to be wild.

I left my mountain home for a few years to live in Mexico.  While I was visiting some friends in Merida, one of the men asked me what I thought of a jeep.  That cracked my mouth wide open as I related my many jeep related stories.  I couldn’t stop praising this trust-worthy work horse of my past.  “Well,” he said slowly, “I was given an offer to buy a jeep for six hundred dollars.”

He took my advice.  The next day, a Willy, recently painted shiny white, was sitting in his yard.  I nearly fell all over myself scrambling into the back seat for a ride.  It didn’t seem all that impressive rolling through the flat, tame streets of Merida, but I assured him once he started driving cross-country, he was going to love it.

Well, to make a long story short, his idea of cross-country driving was barreling that jeep down the roads of Southern Mexico without ever checking the water gauge.  What I neglected to tell him, which I truthfully didn’t know, was that jeeps don’t take to hot climates that well, once the water in the radiator starts running low.  He eventually blew up the engine in the middle of the desert and blamed me for talking him into buying a jeep.

My feelings were hurt and my faith in the super muscles of the jeep were shattered until I returned home.  I discovered that while I was gone, a whole new generation of young people were falling in love with a whole new generation of jeeps.  The trusty old Willy was seldom seen anymore, but there were Broncos and Blazers, Ram Chargers and trucks, all fitted out with four-wheel drive and snarling through a still untamed country-side.

My first excursion was a return trip to Independence mine.  The old playground was exactly as it had always been, with formidable tracks digging into the sides of the mountains, gravel tumbling away and pot holes thirty feet long.  We started out in two-wheel drive, clinging with one hand to the door frame or ceiling to keep our heads from bouncing through the roof.  About half-way up, the wheels started to spin.  Our trusty driver slammed into four-wheel, and with a mighty groan, the jeep shot straight up the mountain, growling and throwing rocks from out of its way.  When we reached the top, I looked down, remembering all the adventures I’d had, when life was wild and good times were free.  I sent a prayer to the Willy that had died in the desert.  May his life be a wanderer out there in jeep heaven because my love affair with the jeep had returned.

Karla Fetrow- Back in the old days when mammoths ruled, the Willy was the only way to explore a back road.