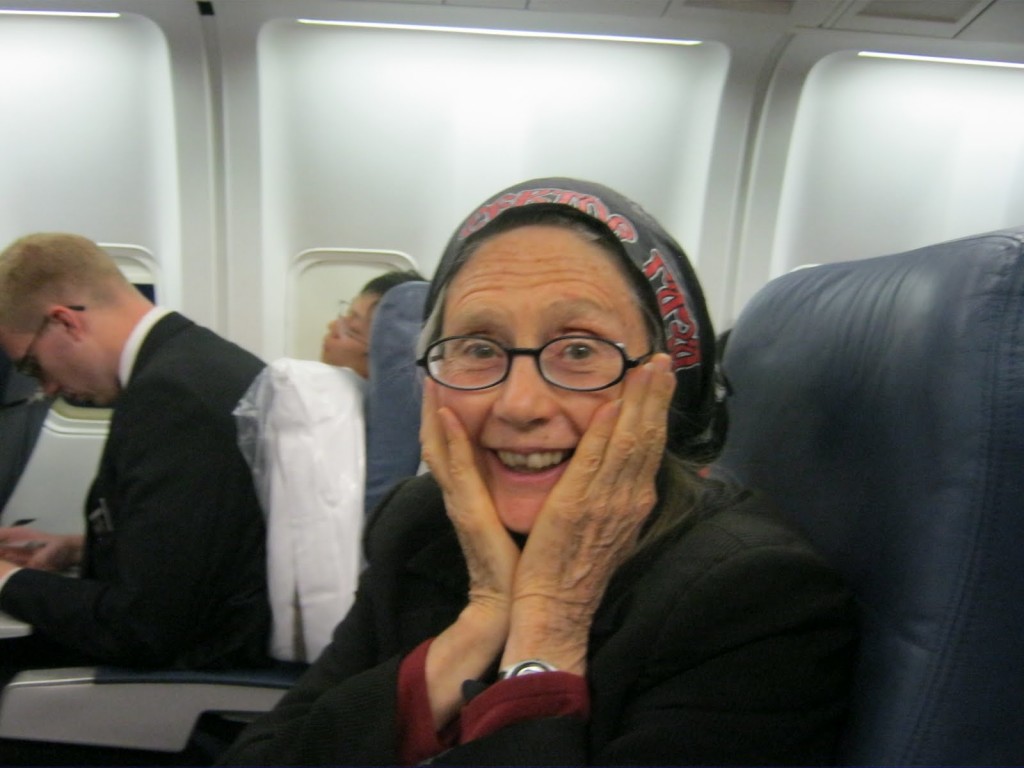 Another bucket-list item checked off: Circumnavigating the globe!

One thing that I’d always really wanted to do was to travel around the world, preferably at the equator, by walking, biking, hot-air ballooning or even by covered wagon or swimming if necessary — I didn’t care how. “What about doing it in an airplane?” Sure. Definitely easier on the knees.

First I lived on peanut butter and jelly sandwiches for two years to save up, and then borrowed or begged as many frequent flyer miles as I could. And then just did it! Another big item to check off of my bucket list.

“So how’d it go?” you might ask. About as well as you can expect — considering that in 21 days I spent 55.5 hours actually sitting in an airline chair, eating airline food and watching airline movies, and another 75 hours getting to airports, sitting around airports, sleeping at airports and getting back from airports. Plus going through 30 different security checks in nine different airports as well.

“So. What did you learn?” Nothing much — except that everywhere that I went, people were always very friendly and kind to me. And NOBODY I met ever deserved to be killed.

Of all the hundreds of people I met on my travels — perhaps even thousands — not one of them deserved to be blown up by a drone or irradiated by depleted uranium or run down by tanks or attacked by militarized police with tear gas or occupied “for their own good” or bombed by “peacekeeping” forces or any of that other stuff that America has now become famous for.

And what I have discovered after circumnavigating the entire globe, mostly at the equator, and going to or flying over so many different countries is this: That America used to be famous for our democracy and our “can do” attitude and our inventiveness. But not anymore. Now America is just famous for developing its whole new advanced unique and expensive technology for killing people. Sigh.

So now that I’ve actually circumnavigated the entire globe, do you want to know what the latest, most exciting, most fabulous, most creative item on my recently-updated bucket list is gonna be now? WORLD PEACE! And I’m not the only one who has this item on their bucket list either.

PS: Once back home in the good old U.S.A., what was one of the first things that I saw TV? Paul Ryan — channeling GWB. During his recent speech at Tampa, Ryan obviously looked and sounded just like George Bush’s clone — the exact same insincere smile, pseudo-populist bad acting, use of emotional tear-jerking “patriotic” sucker-punches and shameless making of empty promises that Ryan, like Bush, has NO intention of keeping.

Dubya himself may have been banned from the Republican convention, but his spirit — and his disastrous policies too — obviously still live on in the body of Paul Davis Ryan.

And apparently Tea Party members have been going around saying that Ann Romney looks like a REAL First Lady. What’s that supposed to mean? That Michelle Obama doesn’t have blonde hair? Maybe not. But Michelle does have courage, integrity, good taste and class — along the lines of Jackie O and Dolly Madison. Can you even begin to imagine Michelle allowing Mitt to “offshore” thousands of American jobs or strap a dog to the top of a car for 12 hours?

PPS: There was hardly any snow on Mt. Fuji as we flew by it.

PPPS: At all the duty-free shops around the planet, I got to sample Chanel #5 perfume, which used to be my mother’s favorite.

Jane Stillwater- On Circumnavigating the globe.

A Drop of the Hard Stuff…