A Drop of the Hard Stuff…

Irish Whiskey is not to everyone’s taste. I found it to be much rougher than Scotch. The word “whiskey” comes from the Gaelic “uisce” meaning water and the full Gaelic name for the spirit is “uisce beaha” meaning the “water of life”. Irish Whiskey always has the letter “e” in it whilst the Scottish variety does not. Considering I have not taken alcohol for over thirty years now, the memory of how ill whiskey used to make me still makes me quiver.

The first written record of Whiskey in Ireland is dated 1405. It is also mentioned in Scotland in 1496. However, it is likely to have originated centuries earlier, probably in the Middle East and brought to Ireland by the early Monks.

Home-made whiskey in Ireland is known as Poteen (Gaelic “little pot“and pronounced potcheen). Its smoothness and in fact its pureness depends on the number of times it is passed through the ‘still’. Before drinking it, a small amount should be placed on a metal spoon and lit. It should be allowed to burn until the spoon is dry. If you rub your finger on the spoon and get a show of carbon, it is not yet pure. Bad quality is said to turn you blind.

I would like to think that it was the Irish who took the recipe to the Americas where of course it is best known as Moonshine or White Lightning.

I have not seen or heard of poteen for many, many years but in my youth it was quite common. The basis then was that a potato mix and sugar made up the mixture (the wash) and was allowed to ferment for about two weeks, depending on the weather. Purists and those with the necessary finance used malted barley or other wheat as the basis for the wash. It was common to bury it in turf bogs whilst it fermented.

The warmer the weather, the sooner the wash was ready for distilling. It was then put into a sealed container (the still) which had a “worm” connected. This was invariably a copper tubular coiled pipe. The still with its contents were then brought to the boil and the alcohol was released through the worm in the form of steam. The worm may have been cooled with water but during cold weather that was not necessary. The liquid, the poteen, then dripped out the end of the worm into a container.  The liquid obtained was often returned to the still several times to improve purity.

It was usually made up the mountains and well away from any form of road network. Lookouts would be posted and sometimes an elaborate warning system was devised. Probably nowadays, if it is still being made (as I am sure it is), cell phones are likely all that is required.

The Revenue people make many raids to stop the production as do the Gardai (the Irish Police Service). Oddly enough, and I have no evidence whatsoever that the following is true, but it was said when I was young, that the best source for the best poteen was the local police Sergeant.

A wonderful story from the West of Ireland is that after a large seizure of poteen (top quality it is said), a senior officer from police headquarters attended the local police station to supervise its destruction. He watched it being poured down a drain. After he left, the local officers, ably assisted by some of the locals, lifted the drain cover and recovered the liquid, which had in fact gone straight into a large tub.

I well remember a woman police officer I worked with telling me a story about her parents who were Irish. It appears that they had the contacts for the stuff and were returning to England in their car on the car-ferry. They had ten two-litre lemonade bottles full of the stuff on the back seat of the car covered by a travelling rug. I should have mentioned that the liquid is always clear and unlike ˜normal” whiskey which is usually golden coloured.

At the port of entry they were signaled to stop by the Customs and Excise Officers and asked if they had anything to declare. They of course said that they did not so the officer asked what was under the rug on the back seat. As cool as a cucumber, the lady lifted the rug and said “Our radiator started leaking in Ireland and it was too expensive to have it fixed there; we keep topping it up with that water until we get back to London”. Needless to say they were waved through.

Finally, the odd thing is that Poteen has been made illegally in Ireland for centuries. About twenty years ago, someone had the bright idea of registering the various spelling of the word as brand names. You can now buy the stuff legally, duty paid but somehow I do not think that it has the same, how would you call it… “forbidden fruit” aspect to it. 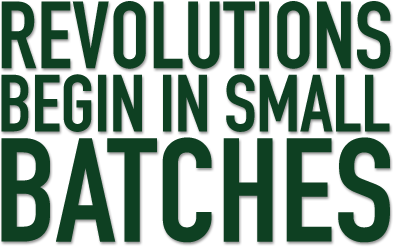 Mike- Would you fancy a bit of Uisce Beaha?