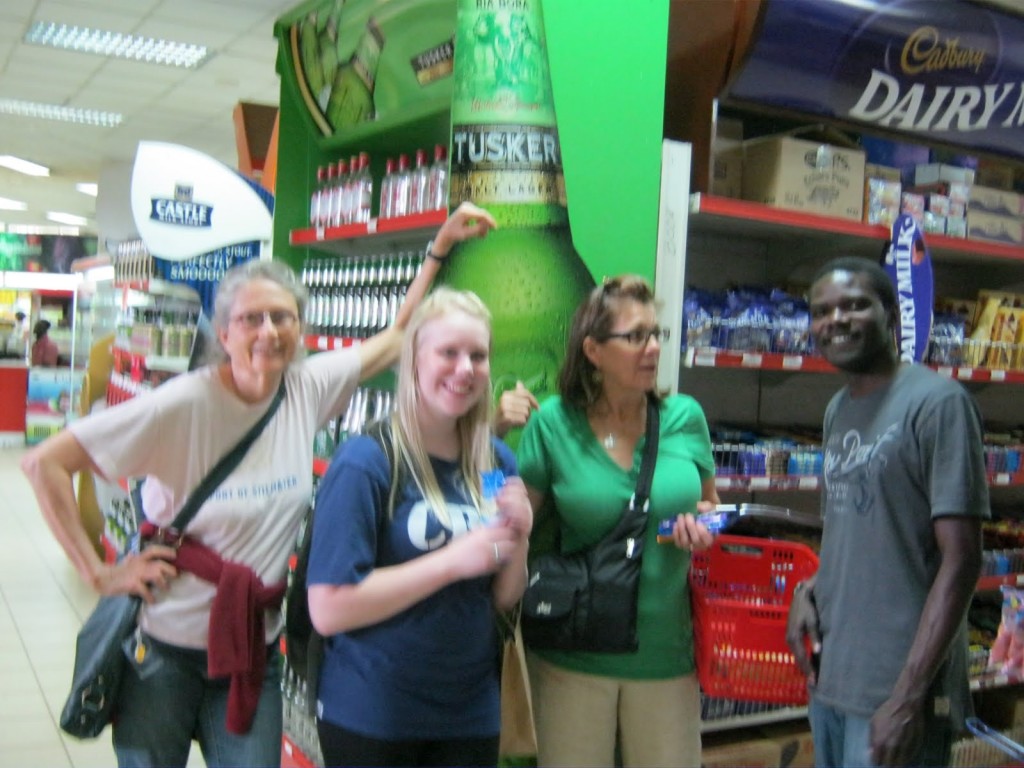 As we get older, we tend to start looking less and less forward to our next birthday.  And turning the big Seven-Zero seemed like more of a threat to me than a pleasure — so I did something about it and made sure that I was doing something so special on my 70th BD as to look really forward to it rather than dreading it.

So.  How did I spend my big day?  Sitting for hours in a plane on a runway in Cairo, waiting to fly off to Kampala, Uganda, in order to study the effects of human trafficking on that country.  Hey, how unique and memorable can I get?

Apparently all of east and central Africa has been in a state of flux since the bad old days of the Cold War, the CIA and the assassination of Patrice Lmumba by Eisenhower’s spook doo-doo-heads who never had a clue regarding which dominoes they were causing to fall — just like they also screwed up the Middle East, Latin America and China back then.

But we have now all learned the hard way that the idiots who have written American foreign policy for the last umpteen years never really had a clue as to what they were doing back then, and have been creating mess after mess throughout the world ever since.  And are still doing it now!  But I digress.

For whatever reason, there is a LOT of human trafficking now going on in this region of Africa. And all too many of those humans being bought and sold are children. 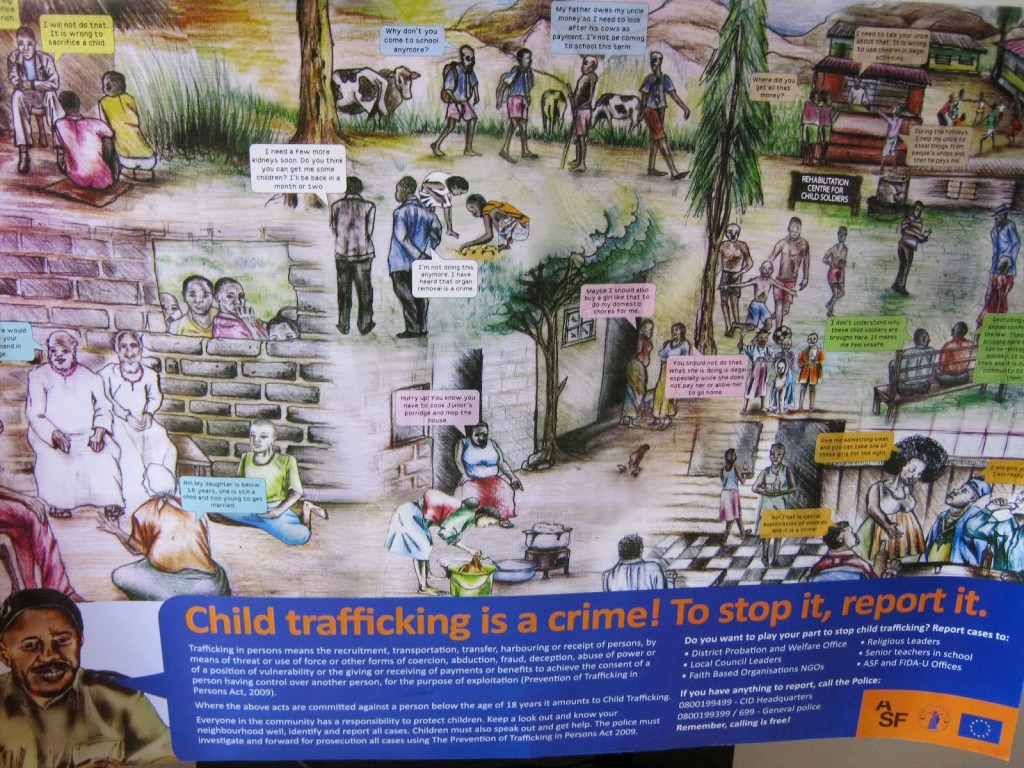 With a little help from Global Exchange, I got to interview people regarding that subject at the American Bar Association here in Kampala yesterday.  Yes, that ABA.  Back in 2009, when Uganda’s legislature passed an anti-trafficking law, everyone was all smug about this new law — until they realized that no one had a clue as to how to implement it.  So the ABA has been helping Ugandans by holding workshops on how to interpret and enforce this highly-needed new law.  Good on them.  My beloved Berkeley-Albany Bar Association would be proud of the ABA.

But waiting for the 2009 law to be implemented hasn’t been enough for many grassroots “boots on the ground” organizations here who have taken to the field and are actually out trying to stop this filthy practice and to give solace (and job training) to its victims.

One such organization is The African Network for the Prevention and Protection against Child Abuse and Neglect — because many of the humans being trafficked are children.

In these desperate times of poverty and conflict, traffickers arrive in villages and refugee camps and they promise the world to stressed and desperate parents.  “We’ll take care of your child and see that they go to school in the big city and get a chance that they would never get here.”

And then the children are sold to brothels and plantations and into harsh domestic service or made to beg on the streets of Kampala or Nairobi or the emirates or wherever.  Or worse.  They become involuntary organ donors or human sacrifices or child soldiers and are never heard from again.  And this is a common practice in east and central Africa.

So.  Here I am in Uganda.  And woke up and realized that it was the Fourth of July.   And I actually had a bag of “Yankee Doodle” peanuts for breakfast!  How patriotic is that!

And driving into Kampala, I passed the U.S. Embassy to Uganda.  It was like a freaking medieval fort.  Nothing but armed soldiers guarding a really long fortified wall.  “No stopping!  No photographs!” read the sign.  And this is the face that America shows to Uganda.

But Kampala seems to be an organized and peaceful and safe and hard-working city despite all the regional conflicts.  And the ghost of Idi Amin no longer haunts Uganda — living on only in Hollywood movies.  It’s like one anti-trafficking expert here said on that subject yesterday, “Amin is gone.  Only Forrest Whitiker remains  Get over it.  The rest of the world needs to move on.”

And the kids here are getting an education and there Is a future for them, even the ones who have been rescued from the brutal and deadly trafficking routes.  Good for the Ugandans. 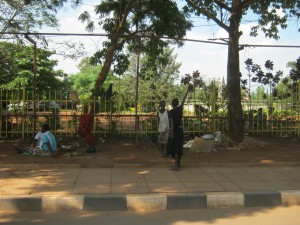 Next, I will be going up to the border with Kenya.  The border is very porous up there, somewhat like borders in the EU, and traffickers can do a lot of their dirty deeds in secret.

And if I actually should step foot into Kenya, I’ll let you know if I meet any Obamas (although when Mitt Romney’s papa ran for president, there was a court ruling that even though Pops was born in Mexico, he could still become president because at least one of his parents was a U.S. citizen.  So if even Mitt was born in Mexico, he could still get elected.  And Obama is also good to go no matter where he was born.)

*************************
Advertizements for myself: In these hard times of brutal (and illegal) corporatist economics, I am doing whatever I can to make a spare dollar. Here are some of my current alternate-economy schemes that never seem to work — but I keep hoping!

****
Am trying to go to Uganda in July on a Global Exchange fact-finding tour so I can report back on child soldiers and human trafficking there. Wanna help me pay for my plane ticket? Then donate through WePay at https://www.wepay.com/donations/plea-for-funds-help-me-to-get-to-uganda Thanks.

Jane Stillwater- In these desperate times of poverty and conflict, traffickers arrive in villages and refuge camps and they promise the world to stressed and desperate parents.