The Orange As A Metaphor In Palestine 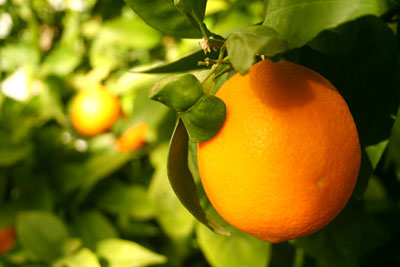 This week I had the chance to catch the film: Jaffa: The Orange’s Clockwork (2010) presented at our local Peace and Justice Center.  The announcement in the paper caught my eye when it stated:  “The Jaffa Orange of Palestine has become a symbol of the country’s escalating conflict with Israel.”

I had no idea.  I always thought the giant wall, the Israeli army and the actual conflict occurring on a daily basis were the symbols of the country’s escalating conflict.

The movie opens up with a song.  A song about Oranges.  It set the tone, so I wrote it down: 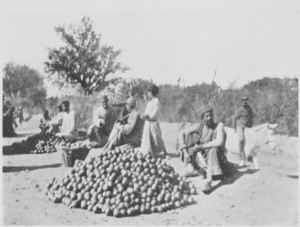 A vendor with nut-brown complexion

Sits on his mat of wicker

In the souls of old Jaffa.

Just now, his only worry

Is the client he sees.

And the smiles come for free.

Are the oranges of Jaffa.

Come buy the oranges from the angel-eyed little vendor,

The oranges of Jaffa.

A street song, simple and homey and setting the tone for how the oranges and Jaffa and Jewish-Arab-Christian integration started out.

The documentary begins in 1917 in British occupied Jaffa, although the story most likely begins much earlier. Tel Aviv at this time was surrounded by Orange groves.  It was a green and lush oasis, nothing at all like the pictures that would come later of a desert land which needed to be conquered and tamed by the returning Israelites.  At the time Jaffa exported around 5 Million boxes of oranges a year.  The quality of which was proclaimed far and wide for their juiciness and seedlessness.  Also, we must remember, oranges were much to be desired.  So much so, that they were given in other parts of the world as special gifts at holidays or for special thanks.  They were still somewhat rare to people.  My own family still has the tradition of putting oranges in stockings at Yule; it’s a homey hold-over from a time when oranges were a treasure.  And Jaffa had them. 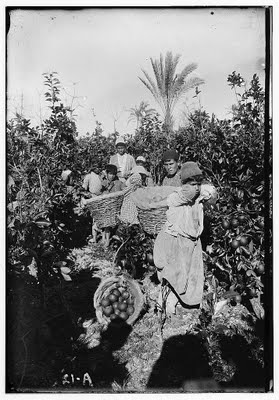 In the beginning, the narrators and experts and orchard workers tell us; Arab, Jew and Christian worked together in the orchards.  Much like the Native Americans in the U.S., the Palestinian people who mainly comprised Islamic and Christian Arabs were welcoming to incoming Jewish transplants.  They assert that they taught the Israelites how to plant, care for and harvest the precious golden apple, which is the Hebrew translation for orange- תפוז (tapuz), originating from Greek-χρυσόμηλον (chrysomelon).

According to Israeli historian Amnon Raz-Krakotzkin, the traditional story of the “Jews being driven out of their homeland does not originate with any Jewish stories.  They weren’t exiled, they left.”

This most likely had economic reasons.  Then, as with today, not everyone wants to work in agriculture or fishing.  In the middle ages, the economic centers and the places where arts, science-such as it were and medicine was flourishing were in Europe.

“The myth of displacement” Raz-Krakotzkin states, “Is Christian in origin.  The design of this myth is to create a Holy Land-proving it their (the Jews) birthright.”  And thereby also the Christians birthright, something worth fighting for.  Think: Crusades.

Beginning with the Zionist movement  towards the end of WWII, propaganda began appearing showing old farming by Arabs in desert looking conditions, juxtaposed against new technology supported farming in lush backgrounds by Jewish immigrants.  The message was: the Jewish settlers are better stewards.

But advertisers wishing to make money on imports didn’t put all their eggs in one basket, film reels and crate pictures also showed the Orange as something very Eastern and exotic.  The countries buying oranges were highly susceptible to Cecil B. Demille-like tactics, so making oranges exotic made people want them.  This in tandem with modern farming made them want to support the modern farmers more.

Also, to the western countries involved with trade like England and the United States Colonialism, even if in imagery, translated to a land redeemed after neglect.  And that is what they were shown.

Palestine gained its liberty in 1946, from British administration.  It has been argued that Britain never claimed it as a colony, but as they administered its government through a mandate established by legal commission and approved by the League of Nations in 1922, that argument seems moot.  The British had in fact been in Palestine somewhat earlier.

This Palestinian control of itself was to be short lived as in 1948 following WWII, this changed.  Much to the surprise of the Palestinians, the people they had welcomed freely wanted more.  They wanted the land.

The stage had been set earlier.  In 1936 a strike against Jaffa which left Jewish families fleeing for the safety of boat in the newly outfitted bay of Tel Aviv, was characterized as Arabs trying to force Jews into servitude.  As a result, a Jewish militia was established and defense of settlements set up.  Not to mention friction where before there was peace.

But, beginning in 1948 and supported by the U.N. the creation of a Jewish state, what we now call Israel occurred and with it, land appropriation and relocation of the former, Arab Palestinian residents.

Speaking again, Israeli Historian Amnon Raz-Krakotzkin states: “It is an absolute fact, Arabs did not oppose Jewish migration, but take-over.”

It was the take-over that surprised everyone and the rub was the orchards still needed to be worked so now Palestinian citizens were required to work orchards that had once belonged to their families for what they felt were substandard wages.

To make the world happy, with entry of Zionism, happy, pretty, dancing people came too.  In commercials and ads, the smiling faces of “saved” Israelites made the world happy to continue to buy Jaffa Oranges.

In fact these campaigns were so successful that in 1976 the brand, Jaffa Orange™ was second only to Coca-Cola ®.  Everyone who was anyone was in a Jaffa Orange™ commercial, including: Louie Armstrong.  Even Apple© teamed up with Jaffa Orange™ in this commercial:

Yes oranges from Jaffa are still a huge export from Israel.  In fact, it could be said, Israel is known for two things: Uzi’s and Jaffa Oranges™.  However, one should know ALL oranges coming from Israel are labeled “Jaffa” they no longer have to be actually from Jaffa. 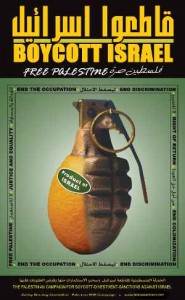 But why is all this important or even interesting?

To me it is a story.  One of the many small-to-medium stories that make up the true tale of what really happens or happened or will happen.

This fruit, the fourth best loved fruit in the world, helped welcome Jewish people into a country.  It at first bound Christians, Muslims, and Jews together in a common cause; or a common love.  Everyone loves the orange groves.  At first everyone was happy to teach each other, to share.

It also is a story of how commerce and control; greed and power changed the way people treated their friends and neighbors.

It is at the same time a story of hope and warning.

Jaffa Oranges, they have become a metaphor for so many things in the Holy Land

All in one deliciously juicy bright package.  Think of that, next time you peel your orange.

To watch the Documentary for yourself, which I recommend visit: http://www.linktv.org/programs/jaffa-the-oranges-clockwork

By the way, while you’re there checking out the film check out the entire linktv site.  It offers a platform for  programs that engage, educate and activate viewers to become involved in the world. These programs provide a unique perspective on international news, current events, and diverse cultures, presenting issues not often covered in the US media.