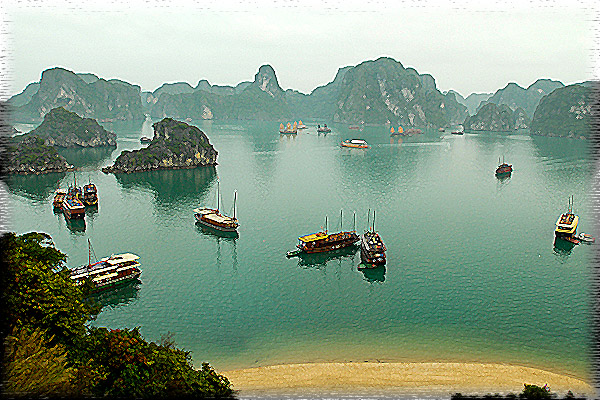 On a Boat from Vietnam…..

When the Viet Nam war ended 35 years ago with the fall of Saigon on 30 April 1975, the Communist led North Vietnamese Army took control of the South of the country. During the conflict which had lasted almost twenty years, three to four million Vietnamese from both sides lost their lives. That day, 35 years ago, also saw the end in the country of over one hundred years of war, conflict and occupation by foreign forces.

During the years that followed it is estimated that a further 165,000 people died in the new Republic of Vietnam’s re-education camps. Tens of thousands more were abused, tortured and badly treated.

The poverty and destruction of the country caused during the Vietnam War basically forced hundreds of thousands to flee the country by whatever means that were available. Vast numbers chose the open sea to escape. They became known as the ‘Boat People’….

Hong Kong, which was then still a British Protectorate, quickly became known as a ‘port of first entry’ and it was to here that most of the boats, containing as many as 400 people in each case, headed. Others found themselves by design or accident in other neighbouring countries. The long and perilous journey in boats, which in most cases were open to the elements and were in many cases not fit for such a voyage, was treacherous and full of danger.

Thousands sank and many lives were lost. Most of the refugees had sold all their possessions to pay for the voyage and in some cases to actually purchase the boats themselves. What money they had left was converted into gold which soon became the target of pirates, especially from neighbouring Thailand. 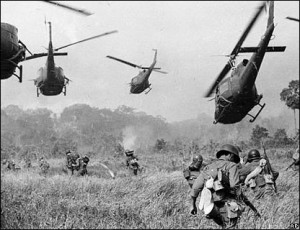 This is the story of one such individual whom I will call Tong …………….

Tong now lives on the outskirts of London. He is wealthy – in fact if all his assets were transferred into cash, he would easily be worth several million pounds. He is happy but it was not always so. Whenever he is in London proper on business he suffers from severe panic attacks whenever he smells the diesel fumes from trucks and the many taxis that ply their trade in the capital. You see, he still has nightmares about when the same diesel fumes almost choked him to death aboard the boat on which he and some friends were trying to escape from South Vietnam.

It was not long after the fall of Saigon in 1975 when the Communists from the North began arresting anyone thought to have been connected in any way with the American forces that had been in the country for many years. Tong as an eighteen year old trainee tailor had often made shirts and suits for the American soldiers. His father was a master tailor and taught Tong well.

The fact that the family were Catholics was also a major factor as the Communists treated them more harshly than others. They had heard that they had already begun to open what they called re-education camps where they would most likely be interned. The news of the abuse and torture coming from the camps told Tong’s parents that the only course of action was for their only son to escape and leave the country.

What little money the family had managed to save was given to Tong and early one morning, he and his friends made the long journey to the coast by foot. There they met some fishermen who would, for most of their money, take them to Hong Kong through international waters where they believed they would be welcomed as refugees. On the open sea they knew that the Captains of some passing freighters would pick them up if they were in danger of sinking and take them to a ‘friendly port’. Tong truly prayed more fervently than he had ever done before in his life.

There was talk about the hundreds if not thousands of boats that had sunk on the long voyage to Hong Kong and the death of tens of thousands of people but Tong believed that there was no alternative. He knew of the Thai pirates who plagued the boat people, stole any valuables they had then dumped the bodies in the sea. He also knew of the risk that they were taking if discovered by the Chinese Navy. They still considered the risk worthwhile and above all else, necessary.

The boat that they sailed on was totally unsuitable for the heavy seas that they encountered on their journey and the sudden squalls and storms that hit them caused the boat to flounder in the water. On several occasions the boat almost capsized.

During one particular storm which lasted three days all means of steering the craft failed and could not be repaired. The boat was tossed about, the diesel engine failed and the makeshift sails were torn to shreds. All those on board gave up all hope of being saved. Without means of steering all sense of direction was lost and the captain had no idea where they were or what direction they were now heading.

On the third day as the storm abated, a small naval ship approached through the mist. It was a Communist Chinese vessel. The refugees were made to hide in the bilges of the boat where they almost died from the fumes and foul air.

A tow-line was thrown and they were towed into a safe harbour where the Chinese did not appear to worry about the refugees. Tong and his friends sold everything of value they possessed to ensure that the repairs were carried out. They also purchased food and water and once again set to sea.

After several more days and more storms they reached Hong Kong where they were immediately placed in a refugee detention camp. The United Nations had managed a world-wide effort for countries throughout the world to accept in particular those considered and proven to be political refugees. Tong was given such status. He and the others waited patiently to be accepted by a foreign country. The welcomed news came in June 1980. 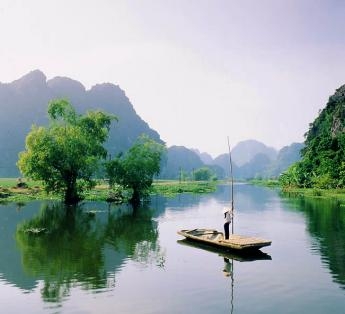 About six weeks later, he was flown to his ‘Designated Country’ and twenty hours later he found himself standing in the arrivals lounge at Heathrow Airport in London. He had absolutely nothing other than what he stood up in. He had managed however to hold on to a Vietnamese banknote. To his dismay, when he tried to change it to Sterling at the Bureau de Change he discovered that it was worth the princely sum of one pound. He had smoked only one cigarette from the time he left Viet Nam so made his way to a nearby shop on the concourse and bought a packet of cigarettes.

So – here we now have Tong, standing on British soil, unable to speak or understand the language – other than the two words Yes and No, with a packet of 19 cigarettes and thirty pence to his name. He knew no-one and knew only the name of his ‘designated city’ – Glasgow in Scotland.

Twenty-four hours later, he found himself housed in a Jewish hostel in the centre of Glasgow and not only could he not speak any English, but the Scottish accent made him believe that he was in fact no longer even in Britain.

An interpreter was used to learn Tong’s skills and with his tailoring trade he was offered employment by the owner of a Jewish clothing factory. His wage was to be ten pounds per week of which he would have to pay six pounds for lodging. He began working the following day. Within a week, it soon became obvious that the quality, let alone the quantity of Tong’s work, was far superior to that of the native Scottish workers. As he explained, his efforts were not to outshine them but that it was merely his father’s work ethics coming through.

It did not take long for Tong to notice that the toilet facilities at the factory were of a very low standard. He offered his employer his services stating that he would ensure that both male and female toilets would be spotlessly clean at all times. He was given an extra five pounds per week and literally within days he was true to his word. Even the other employees congratulated him. Little did they know that he was staying late, sometimes until midnight, to ensure that he kept his word on cleanliness for the following day.

Because of his working late each evening, his employer decided to give Tong a set of keys for the premises so quickly Tong ceased doing the late evening work. Instead he left his lodgings at five o’clock in the morning to do the cleaning. This gave his evenings back to him. Instead of working late he got himself a second job as a waiter in a local restaurant.

Not only did this give him extra finance, he also watched through his increasingly curious business eye the opportunities that were opening in the food business. Besides being paid for his work there, he also had enough take-away food to keep his appetite satisfied throughout the day and he was learning how to cook and run a restaurant business at the same time.

I think that by now you will have figured out how Tong has done for himself. He is a wealthy happily married man with a beautiful home and family in a very desirable area on the outskirts of London. He is the owner of a highly successful Vietnamese Restaurant. He has a very successful high class clothing company not only in this country but also back in Vietnam.

Above all else, he is happy and at peace with life. He returns to Vietnam on a regular basis and although most of his family live in America, he declines to join them. He is more English than the English themselves and fiercely proud of the fact.

On a personal note, I cannot help but compare the emigration and hardships of the Vietnamese Boat People with that of the Irish during and after the Great Famine of the 1840’s when three and a half million Irish men, women and children disappeared from the shores of Ireland. Some are buried at the sides of the byways and highways of Ireland whilst many sailed to a new life in distant lands. The hardships in both cases were indeed great but the Vietnamese suffered far greater considering the hazardous journeys endured and the detentions that were forced upon them on their arrival at their destinations.

I have no doubt whatsoever that the Vietnamese people, through their hard work ethics will bring greatness to the various countries of the world where they eventually settled. They are a generous, kind, mannerly and above all else, a hardworking and dedicated people.
Good luck to them………………….