On Social Fictions – Separating that which is Real and Imaginary 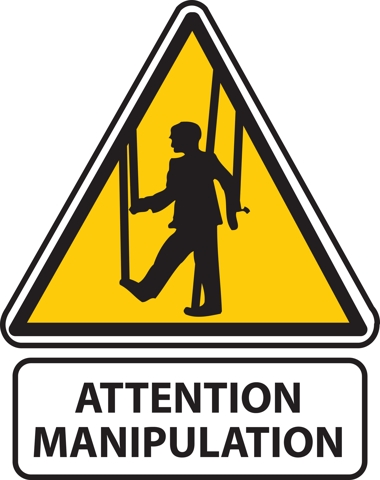 Since the beginning of human society our species has identified certain things as being indicators of power and success – as well as taboo.   Sometimes that which people focus on has actual merit (ex. access to necessities of life – food, water, shelter, weaponry, etc…) whilst at other times the focus shifts to the inconsequential (ex. a well-to-do individual concerning himself over how another well-to-do individual has more than him – the faster car, the bigger house, the mate that’s considered more attractive by society’s standards of beauty, etc…): the object of focus having much to do with what the culture around them tells them to value rather than any kind of functional utility those things might have for those that possess them.  Furthermore, people also focus on those things they want to avoid – once again some of them have merit (i.e. avoid starvation, thirst, physical pain, etc…), but also avoiding things that may very well be worth seeking out (ex. people seeking to avoid chaotic situations – often to the point of accepting tyranny so that order may be imposed).

But where do these behavior patterns come from?  Why do people seek to attain things that are irrational, yet try to avoid circumstances that may possibly enrich them as persons?

I think the answer to these questions is found in our most distant past – back when symbolic thought was still a radical notion and mystical thinking was the order of the day: when our ancestors first learned to express that which was observed in their reality as symbols (either in the form of words or images) the concept of manipulation of reality through them arose not long later – this was the cradle of superstition, religion, economics and many, many more institutions that our species has since created.

In short, I argue that somewhere in our past we (as a species) have come to confuse the symbols of our social interaction with the substance thereof.

Of course, this is the area where such thinking is most noticeable – every time some one rubs a lucky charm, goes through elaborate ceremonies to appease intangible beings or even mutters a prayer to whatever deity he claims, the process is the same: those who participate in such things are effectively engaging in sympathetic magic – hoping that through committing a symbolic act or uttering the proper word symbols they might alter the physical world in their favor.

Of course, such thinking is pure bullshit – the universe doesn’t conform to the symbols that we create and manipulate, the symbols only express that which is or that which we want to be: the existence of the thing precedes the idea of it formed in our minds, so trying to conceptualize something into being does not work.  Only a real, concrete action can produce a tangible result and arranging a bunch of symbols does nothing to affect final outcomes; at best, it just makes you feel like you’re being productive without actually producing anything.

But in many ways that’s exactly why faith is promoted in our modern culture – the society we live in doesn’t want people that take concrete actions not outlined for them (as such people are difficult to govern), so the social order has misdirected people who have the will to create lasting changes in society to refocus their energies to the inconsequential. Instead of the impoverished people of the heartland taking up their arms and expropriating the resources of the fat cats that exploit them, they instead bow down at the church pews and pray for Jesus to come deliver new jobs to them. Instead of the oppressed minorities expelling the oppressor, they instead hope that their “god” will protect them as they try to make nice with the system that’s slowly killing them. Instead of destroying the military/industrial complex, the pacifist waves signs and hopes that the spirit of love will somehow overcome hatred and on and on the insanity goes…

As long as people keep prostrating themselves before the symbols of things that aren’t real, they will be easy to kick around – as they will just keep trying to manipulate the symbols until reality changes (and it never does until real, unequivocal action is taken…).

When you get right down to it, all economic systems other than barter are based on exchange of abstract symbols – whether it takes the form of a pebble with scratches on it, pieces of metal, paper currency or electronic data transferred between computer systems, the result is the same: those involved in the trade end up swapping what amounts to IOUs – yet we are told that these things that have no value apart from the system that creates them are valuable.

Case in point, I’m sure by now that most of you are familiar with the push to buy physical assets (something which, in itself, is rational) and that the assets that are most popular right now are “precious” metals.  Of course, the commodities being most heavily advertised (gold and silver) have no real utility – there’s very little you can do with them besides making trinkets or electronics parts (if you have the means for it…), which makes much of the value ascribed to them to be a product of the human imagination.

We are told that these metals are a hedge against inflation as they will always have value – that even if there was a social breakdown people would still be trading in gold and silver.  Even a cursory glance at such thinking shows it to be fantasy.: In a place suffering from economic breakdown people aren’t going to run around looking to trade gold and silver – firstly there’s no baseline to determine their value apart from currency (which would be worthless in such a scenario) and secondly no one will want to part with actual goods for something with little or no actual utility.  When the breakdown comes, people will want things they can *use* – they want food, potable water, medicine, ammunition and other items that can help ensure survival in an uncivilized world!

Once again, people have confused the symbols of wealth for the real thing – there’s nothing special about mediums of exchange that guarantee material wealth (as these are just symbols that represent actual goods and services), but rather that the items people acquire with them are the *real* wealth: exchange mediums come and go but that which has utility will always have value in some one’s eyes.

Over and over again our society gives us the same old mantra – that we have the power and that the society we live in is created by the choices we make.  The political class wave the flag, makes big speeches filled with all manner of promises (many of which they don’t intend to keep…) and try to persuade us to get out to the polls. All these things are the symbols of democracy, yet they are completely devoid of any real substance – the flag is just a piece of cloth designed to elicit feelings of patriotism, the promises made are disingenuous and the vote is a sham as the “winners” of the election are picked out before regular people get to the ballot box (via bolstering of war chests, media smear campaigns and even outright fraud).

And that’s just the beginning of the obfuscation – people confuse the words written in a bunch of books for the actual “law” of the state (the real “law” is the will of the monopoly on force – the books are just language symbols to express the will of those in power…), pieces of metal on the chests of paramilitary troopers for actual protection and safety (the pigs don’t “protect and serve” regular people, but the state…), a guy in a black robe for an impartial third-party (judges are anything but impartial) and on and on the madness goes: the fact that the common man still continues to believe in these hollow symbols is a  testament to the quality of the social conditioning that the “citizens” (read: slaves) have been given.

When all is said and done, all symbols are only as meaningful as the substance behind them – the fact that the symbols of our modern political establishment are lacking anything substantial (other than lots of firepower and an “obey the state, or else…” attitude) is the most reasonable ground imaginable for their outright rejection: there’s no point in upholding that which is baseless and empty, so the rational thing to do is divorce oneself from this hypocritical society and break everything that can be broken – lash out against the icons and values of the “right” and “left” alike and allow the illusions to finally be shattered so that something else may rise from the ruins of the old order.

In summary, most every problem of society can be traced to the simple fact that we have forgotten what is real and instead cling to symbols that have no value whatsoever – accruing nothing but dead weight that prevents us from leaving behind the paradigms that we have been born and locked into.

The symbols of this baseless society need to be pushed aside and destroyed before any serious revaluations of its mores and values can be done – once they are out of the way, the destruction and recreation of society can at long last come into being…

Azazel- Somewhere in our past we (as a species) have come to confuse the symbols of our social interaction with the substance thereof.