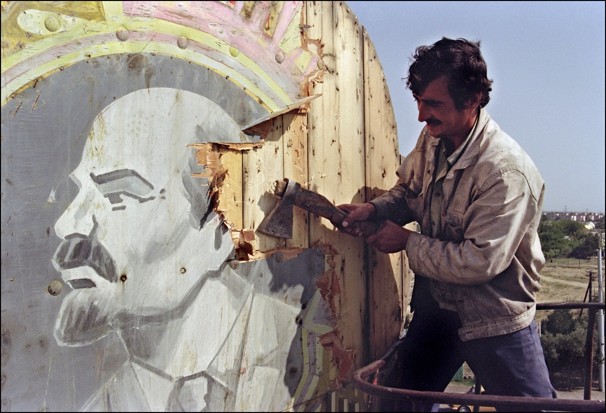 When the Berlin Wall came down back in 1989, we all breathed a big sigh of relief.  At last the evil Soviet Union had finally been defeated and destroyed.  But perhaps now, deep down inside, a lot of us are starting to wish that we could get it all back again — back to the good old days when our enemies would stand still in just one place so that we could take potshots at the old USSR with impunity and not constantly be afraid of shooting our own selves in the foot!

Back in the day, Americans worked for YEARS and spent BILLIONS of dollars trying to bring down the old Soviet Union.  And then it finally happened — and the Soviet Union went bust.  “But who can we have as an enemy now?” asked the Pentagon’s top brass and Wall Street corporatistas and weapons manufacturers everywhere.  “We still gotta have an enemy or else Americans will never be scared enough to pay for our bombs.”

So the big cheeses on Wall Street and K Street and in the Pentagon all looked around and decided that Islam should be our next major foe.

But it coulda been anyone. 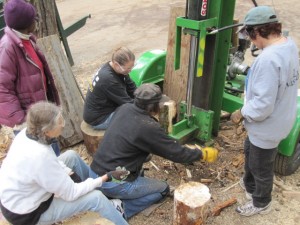 “Pentagon & Friends” could have declared war on just about anyone after the Soviet Union fell.  Liberals, for instance.  Or Mexicans.  Or gays.  Or unions.  Or medical cannabis users.  Or women.  Or cancer patients.  Or families.  Oops, they’ve already done that.  But “Pentagon Incorporated” picked Muslims as their first choice — because a lot of them had access to oil.

But then Muslims actually had the audacity to start fighting back.  And “Pentagon United,” mistakenly thinking that War is the ultimate consumer and that one can never have enough enemies, started growing its enemies’ list even longer as well — just to be on the safe side.  Now its list also contains the Occupy movement, “American Terrorists” (whatever they are) and the infamous 99% — as well as the usual suspects:  Women and gays and Mexicans and cancer patients and liberals and families and medical cannabis users and unions.  http://www.smirkingchimp.com/thread/donna-smith/43448/fighting-the-real-enemy-cancer-in-america

And now K Street and Wall Street and the Pentagon have inadvertently created yet another big problem.  Their ill-conceived plan to stage “Wars” on medical cannabis users and working people and cancer patients and women and (add a very long, long list here) has clearly backfired because now the “Pentagon Mafia” has added at least three to five billion more potential enemies to its list — both elsewhere in the world and right here at home; enemies who are now starting to get their ducks in a row in order to ready, willing and able to fight back. 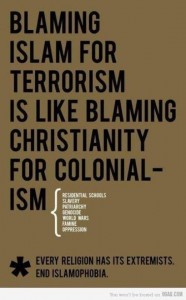 “Pentagon & Friends” is now in big trouble because instead of having just a small self-contained “enemy” virus like the USSR to contend with, it now has to deal with a huge free-floating viral epidemic of “enemies,” an unstoppable deadly contagion that “Pentagon Unplugged” itself has created; one that has spread and spread and spread all over the world and here at home too.

I bet that the Pentagon and its allies are now probably starting to truly, sincerely wish that they could magically return to the good old days when all they had to fight was the old Soviet Union!

Further, instead of only having to fight a few Islamic fundamentalists in far-away places that nobody has even heard of, “Pentagon United” has now managed to piss off over one billion middle-of-the-road and even modern Muslims.  That was a trick that was really hard to pull off — but “PentagonCon” somehow managed to do even that.

And then, of course, there are the additional three billion women, millions of liberals, a whole wide world of gays, all of Latin America and probably two billion Chinese and approximately  853,566,225 Africans that they managed to piss off as well.  And also some Greeks.

That really took some doing but “Pentagon Incorporated” has managed to do it.

And now, instead of just doing some old-skool hatin’ on the Soviets who were all safely isolated in one spot east of the Danube and hemmed in by an Iron Curtain and a seemingly endless supply of vodka, the Pentagon, K Street, Wall Street, etc. now have to go around suspecting almost four-fifths of the world’s population and peeking into EVERYBODY’S shorts.

Wasn’t life a lot easier when no wars were being declared on most of the world’s tighty-whities — only on Khrushchev’s?  Weren’t things far less confusing back in the day, when only the Kremlin was bad?

Bring back the old USSR?  Please!

PPS:  I just finished reading the spring issue of “Critical Muslim,” a nicely-bound periodical put out by some of the top modern Islamic thinkers in the world today.  Wanna know what Muslims are really thinking?  Check out the latest issue of CM at http://www.musliminstitute.org/critical-muslim.  You’ll be pleasantly surprised.   Unlike so many American hack journalists these days, a lot of Muslim writers really are actually thinking.

PPPS:  “The Pentagon Group” also appears to be missing the old Soviet Union so much that it is actually trying to recreate it right here in America.  And just exactly where does the money for all this group’s new militarized police forces, KGB-like surveillance operations, Stalinesque torture techniques, propaganda-mill news reports, Siberia-style prison gulags and Monsanto-run collective farms come from?  From you and me?  “Absolyutno, da!”

Jane Stillwater- “Pentagon & Friends” could have declared war on just about anyone after the Soviet Union fell.

Scholarships for Sale in America…Intelligence, Not so Much