By the Rivers of Babylon: More Netroots Nation reports 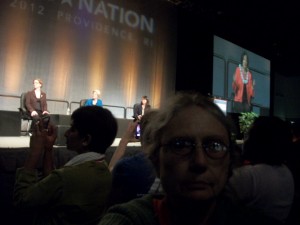 “And there we wept…when we remembered Zion.”

Today at the second day of Netroots Nation convention in Providence, Rhode Island, there were all kinds of panels to attend and films and presentations to watch — and they all seemed to have the same common theme: That Americans need to start working together instead of going for each others’ jugulars with red-white-and-blue tooth and claw.

During the American Transit Workers union’s presentation of a documentary on the Memphis sanitation workers’ strike that included video footage from the Lorraine Motel, with tears in my eyes; I remembered Dr. Martin Luther King Jr’s heroic bravery and wisdom.http://newsreel.org/video/AT-THE-RIVER-I-STAND

“We are facing a two-headed creature here,” King said. “He is a labor-union hater with one mouth and a civil-rights hater with the other.” The ATW also gave out free ice cream at the showing as well. Dove bars. Dulce de leche. And chocolate chip cookies. No kale chips? Huh? What is this world coming to? 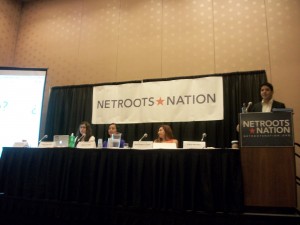 Then someone in the audience at a panel discussion on undocumented Americans stated that, “Sure, people of color have it hard these days — but we ALL have it hard. And we all need to unite in common cause to make sure that all of our voices are heard as we face the greatest challenges of our life; as the One Percent tries to drown out the American Dream for the rest of us — all the while trying to make us believe that they are on our side and are truly our friends.”

Uh, no, they are not. Make no mistake here. The One percent are NOT our friends. Never have been. Never will be.

“And the wicked carried us away…captivity.”

According to Massachusetts senatorial candidate Elizabeth Warren who also spoke today, the One Percent’s philosophy, in one sentence, is “I’ve got mine — but you are on your own.” Why would we want to give the rich and powerful even more power and more money? “We don’t run this country for corporations. We run it for people.”

And then another free lunch was offered to us conventioneers. I’m so there!

“On 9-11,” said one firefighters’ union rep at an afternoon panel presentation, “it wasn’t the bankers running up those stairs. It was government workers there saving lives.”

In my own personal opinion, stuff like Wall Street deregulation and the Koch brothers and ALEC and Citizens Untied are the worst things that have ever happened to America’s freedom. These oligarchs’ highly-planned and highly-coordinated attacks on our laws, freedoms and way of life have been far more disastrous, far scarier and far more EFFECTIVE than 9-11 ever was.

There are also many massive and coordinated attacks on unions these days. And on women. And on people of color. And response to these attacks has been for us to viciously begin fighting each other for crumbs falling off these rich men’s tables. How American is that!

So. How do we now unite together instead of fighting each other? “Let’s organize around universal similarities,” one panelist said. We all love our families (at least most of us do) and we all have to eat. We all have emotions. We all need to breathe clean air and send our kids to school. “So mix all that up and come out with some common denominators that we can all rally behind.” We all love a good free lunch. Would that do for a start?

Americans of all colors and shapes and sizes have so much more in common with each other than we do with those few oligarchs who are currently spending billions of dollars on trying to turn us against one another. Come on guys. Get a clue! Kumbayah here! Everyone — every one of us — wants the American Dream. So let’s work together to get it back. http://www.youtube.com/watch?v=H_i3ERPsLzY 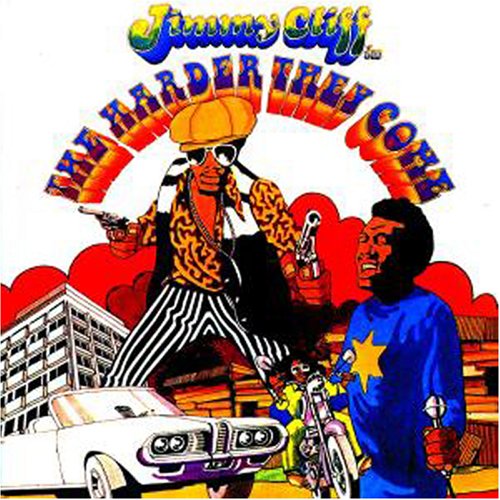 “Let the words of our mouth and the meditations in our hearts… WE’VE GOT TO SING TOGETHER!” Or the wicked will continue to “carry us away…captivity”. For sure.

So let’s “Sing a song of Freedom!” instead.

PS: This evening the AFT is offering a presentation of the movie, “American Teacher,” and then I’ll be taking the bus back to my sweet little room at the Warwick Motel 6 where I can listen to the people in the neighboring room fight and make up all night long.

And tomorrow Paul Krugman, Sherrod Brown and Van Jones will be speaking. Then on Sunday Netroots Nation will have a day of service and join the mayor of Providence in trudging around some kind of swamp, cleaning up garbage. And will they feed us? Yes they will!