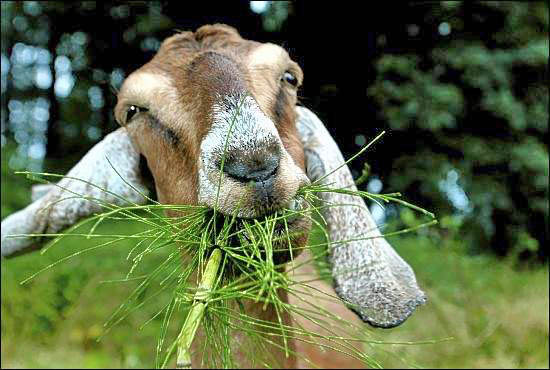 What prompts America’s great love affair with cattle?  It’s not in just the big, juicy steaks they plop down on their platter, or the prime ribs, nor even the steady diet of hamburger.  Despite the obnoxious amount of grazing land needed, which consequently often entails the clear cutting of forests, beef, after all, is and probably always will be America’s choice of red meat.  Sometimes, you just can’t change cultural eating habits.

However, where culture begins to border on fanaticism and a complete lack of common sense, is in the great aficionado tastes for cow’s milk.  Well, what’s wrong with that?  Milk does the body good!  You see the advertisements everywhere.  Milk is necessary for growing bones, beneficial for calcium needs and even feeds your brain those omega fats it so desires.  Sure it is, but does it really have to be cow’s milk?

Sixty-five percent of the milk consumption world wide comes from goat’s milk and it doesn’t have a thing to do with high profile marketing or big budget campaigns.  Plain and simply, goats milk is healthier for the human body.  The issue is both one of biochemistry as well as thermodynamics.  Biologically speaking, goat’s milk has a greater amount of essential fatty acids such as linoleic and arachidonic acid than cow’s milk as well as significantly greater amounts of vitamin B-6, vitamin A, and niacin. Goat’s milk is also a far superior source of the vitally important nutrient potassium.  This extensive amount of potassium causes goat’s milk to react in an alkaline way within the body whereas cow’s milk is lacking in potassium and ends up reacting in an acidic way.

Do you call your child a kid or a cow?  Goat’s milk is more compatible with the human body.  A baby usually starts life at around 7-9 pounds.   A baby goat (kid) usually starts life at around 7-9 pounds, and a baby cow (calf) usually starts life at around 100 pounds. Speaking from a purely thermodynamic position, these two animals have very significant and different nutritional needs for both maintenance and growth requirements. Cow’s milk is designed to take a 100 pound calf and transform it into a 1200 pound cow. Goat’s milk and human milk were both designed and created for transforming a 7-9 pound baby/kid into an average adult/goat of anywhere between 100-200 pounds. This significant discrepancy, along with many others, is manifesting on a national level as obesity rates sky rocket in the U.S.

There is an 89% less chance of being allergic to goat’s milk than there is to cow’s milk.  The most common allergy in the United States for children under three is an allergy to cow’s milk.  If this allergy continues into the growing years and adulthood, finding food products that do not contain cow’s milk can be very difficult.  It’s not just about ice cream and butter, but breads, confections, sauces and soups. 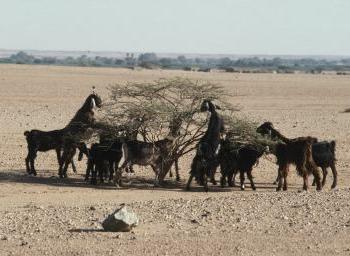 People who are allergic to cow’s milk react to one or more of the proteins in it. Curd, the substance that forms chunks in sour milk, contains 80% of milk’s proteins, including several called caseins (pronounced: kay-seenz). Whey (pronounced: way), the watery part of milk, holds the other 20%. A person may be allergic to proteins in either or both parts of milk.

When a person who is allergic to milk eats a food that contains milk products, the body’s immune system mistakenly sees the milk proteins as dangerous “invaders.” The immune system responds by creating specific antibodies, which are designed to fight off the “invader.” These antibodies — called immunoglobulin E (IgE) — trigger the release of certain chemicals into the body, one of which is histamine (pronounced: hiss-tuh-meen).

So when a person with a milk allergy eats a food that contains milk, the immune system unleashes an army of chemicals to protect the body. The release of these chemicals can affect the respiratory system, gastrointestinal tract, skin, and the cardiovascular system — causing allergy symptoms like wheezing, nausea, headache, stomachache, and itchy hives.

Now, doesn’t that make you want to rush right out and start buying goat’s milk?  But wait!  On the average, goat’s milk costs three to four times more than cow’s milk if you try to purchase it from the grocery store.  It’s a luxury item, or so it would seem.  Actually it’s a food product holding our health at ransom. 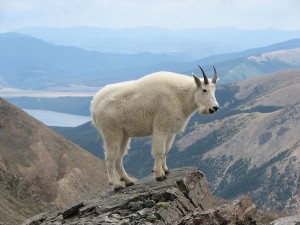 There is absolutely no reason for goat’s milk to be more expensive than cows’  milk, except through the simple law of supply and demand   Fewer people drink goats’ milk, therefore less is produced and sold for a higher price.  Goats are cheaper to care for than cows.  They do not require large, heated barns for winter shelter.  Their “special” food consists mainly of molasses coated oats and a minimal amount of hay.  You do not need to strip an area of its trees in order for the goats to pasture.  In fact, if you’re moving into a rural area, and the plot you just bought is covered with brush, weeds and overgrown grass, there’s nothing like a few goats to clean the place up.

The cost for feeding one cow runs around $75 a month.  The cost for feeding one goat never goes higher than $9 a month, and that’s a goat on a premium diet of feed and hay!  The average milk production per day for a cow in peak season is 6.2 gallons.  The average milk production for a goat at her peak is roughly a gallon.  This means you can own six goats and receive the same amount of milk as one cow for $63 a month.  And that’s with pampering your goats, which you really don’t have to do.  A goat will eat just about anything, even your shoe laces, but it’s really not wise to give her a shoe lace diet.

Goats make better assets to small, self-sufficient farms than cows do.  You need five acres just to pasture one or two cows comfortably.  On that same five acres, you can have chickens, ducks, pigs, a small grove of nut trees, berry bushes, a vegetable garden and several goats.  Not only that, goat manure takes a lot less time to decompose into fertilizer than cow manure does.

Goats live everywhere in the world.  You’ll find them in desert areas and in the high mountains.  There are hot climate goats and Alpine goats that have no problem with freezing temperatures.  They are highly intelligent, easy to train, and make good pets for children.

The moral compass of America has been swinging toward organic gardening as an alternate for the massive clear and waste techniques of agri-business.  It has begun rumbling over the factory style treatment of livestock.  But it never says anything about milk; one of the most important products of our lives, a product often associated with allergies, lactose intolerance and obesity.  The various, expensive milk substitutes are not necessary.  Clear cutting for pasture is not necessary.  All that’s truly necessary is changing our attitudes about the dairy products we put on the table and developing a fondness for goats.

Karla Fetrow- The most common allergy in children below age three is cow’s milk. The most expensive milk on the market is goat’s milk, yet goats are less expensive to raise.

Factory Prisons and the Creation of a Sociopath Society Pt. IV