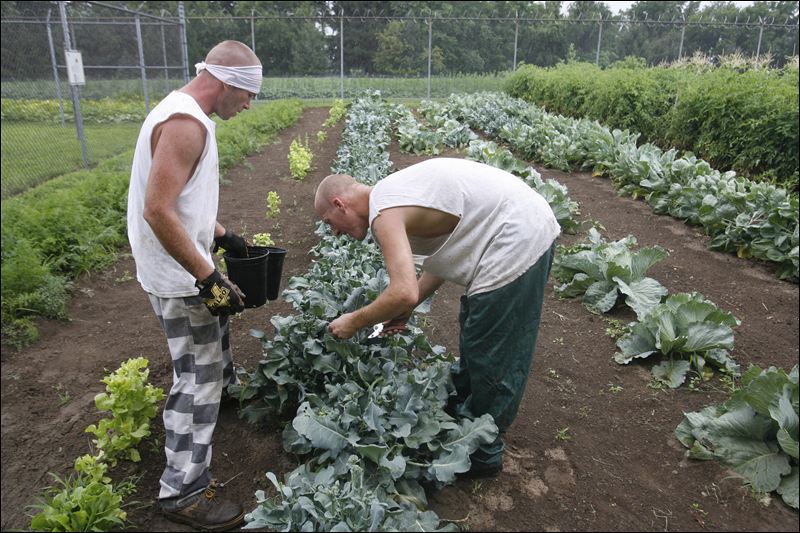 Back in America’s wild colonial days, the main form of punishment for criminals was either flogging evil-doers mercilessly or hanging them in public. In the 1680s, however, William Penn spearheaded a movement to “reform” criminals by placing them in “penitentiaries” instead of just beating them to a pulp or snuffing them out. And the resultant penitentiaries were supposed to be places where bad guys would have enough time on their hands to see the error of their evil ways and repent.

Boy, have we come a long way since then.

Prisons in America today seem to have other purposes in mind than mere reformation — such as to warehouse dissidents and minorities, employ prison guards and AFT commandos, shower billions on War-on-Drugs profiteers and their drug kingpin counterparts, turn borderline-neurotic prisoners into true psychopaths, and provide cheap labor for the prison-industrial complex.

Is William Penn rolling over in his grave right now or what!

According to Information Clearinghouse, “Nationwide, the number [of imprisoned Americans is] staggering: Nearly 2.4 million people behind bars, even though over the last 20 years the crime rate has actually dropped by more than 40 percent http://www.informationclearinghouse.info/article31156.htm

Further, many of America’s new high-tech and for-profit prisons seem designed solely to break prisoners’ bodies first and then break their souls.

And if (not necessarily when) prisoners finally do get paroled out of America’s brave new prison system, they’re more often than not sent back into society so mentally broken down and/or physically debilitated that they can’t hardly even walk down the street by themselves — let alone become good citizens, repent their past follies or even hold down a job.

And according to FireDogLake, “Another growth industry in our Age of Incarceration is prison labor, putting inmates to work making everything from uniforms to furniture for a few cents an hour…. What began in the 1970s as an end run around the laws prohibiting convict leasing by private interests has now become an industrial sector in its own right, employing more people than any Fortune 500 corporation and operating in 37 states.” http://my.firedoglake.com/tomengelhardt/2012/04/19/fraser-and-freeman-creating-a-prison-corporate-complex/

So. What’s my point? Here it is: Americans really need to seriously sit down and re-think exactly what we want our prison system to accomplish — rehabilitate crooks so that they can see the error of their ways and become productive members of society again? Or create thugs, psychopaths and terrorists unfit for human company? Or produce pathetic weaklings ground down by a slave-labor system that has made them old far before their time and who will be a burden on society for the rest of their lives?

Hey, here’s an idea. How about following William Penn’s lead and go back to designing prisons that will turn bad guys back into good guys again? So that when prisoners have paid their “debt to society,” they will emerge from jail ready to be a productive member of said society and even give something back? What a novel concept that would be: A prison-factory that grinds out good citizens.

“But, Jane,” you might say, “How can that possibly be achieved?” How about that we start with this concept: Using the healthy example of Alice Waters’ famous “Edible Schoolyard” and your local organic farmers’ market, let’s have all our prisons go organic too! Just the act of feeding prisoners decent food for a change would be a huge first step toward rehabilitation.

And after that, we can even begin to work on the true cause of adult criminality: Child abuse. According to Jordan Riak, an authority on child-abuse prevention, the best way to eliminate criminality is to be kind to children! Now there’s another novel idea.

“The person who was respected and encouraged to explore in childhood is NOT in prison. …The person whose physical and emotional needs were met in childhood is NOT in prison. So who IS in prison? You will find people who were never played with, read to or hugged when they were children but rather growled at, whipped and smacked…. Violent criminals are made. We ourselves create them at home.” http://www.youtube.com/watch?v=–I0X3-tOwE

So perhaps we can rehabilitate our prisoners by actually being kind to them too. “It’s never too late to have a happy childhood!” But if we do that, then almost everyone else will want to get hauled off to jail too — giving us a better quality of prisoners that way as well.

And at the cost of approximately $60,000 per year to incarcerate each prisoner, think of all the money we would save if prisoners could simply be rehabilitated and released — or if that amount of money had been spent on helping to nurture young children so that they wouldn’t become criminals in the first place.

PS: Back in the early 1960s, before anyone else was even thinking about recycling, there was a man named Cecil Geraghty who developed a process of changing processed sewage into compost and fertilizer http://www.google.com/patents/US2861877?printsec=abstract#v=onepage&q&f=false. How resourceful was that!

Just think of all those millions of tons of “night soil” that are currently being flushed down the toilet regularly when they could be put to good use instead. Let’s revive that process. Let’s get all those nutrients back! Let’s reclaim all the human waste that is currently being spewed out by our sewers.

Jane Stillwater-Prisons in America today seem to have other purposes in mind than mere reformation.

Factory Prisons and the Creation of a Sociopath Society

The Aftermath of Mayday