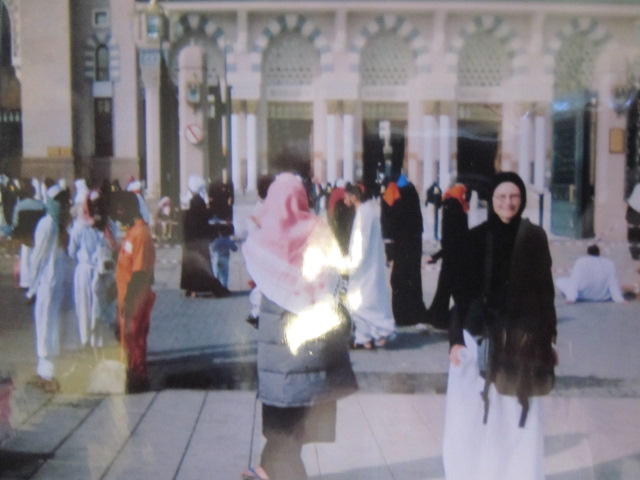 Currently many Americans hold a rather low opinion of Shariah Law, a system of jurisprudence used in Muslim countries that appears to be rather harsh, especially with regard to the rights of women and the common man. However, this all-encompassing system of laws is not, as many have assumed, based on the teachings of the Qur’an but, according to Islamic scholar Ziauddin Sardar, was conceived, developed and established by the powerful Abbasid Caliphate (749-1258) in order to help caliphs run their empire — which at that time stretched from India to Spain.

As I understand it, the Abbasid caliphs of that time became more and more concerned with consolidating their hold over the vast territories under their control and with subduing their opposition — and less and less concerned with the niceties of religion. With this new imperial goal in mind, Abbasid top dogs and their jurists began inventing laws mainly designed to make the accumulation of wealth and seizure of power easier for themselves and harder for anyone else.

The Qur’an’s emphasis on community and justice for the common man (and woman) was thus set aside and replaced with more Draconian laws geared to subdue the main population, women, the working class and minorities in favor of the Abbasid Caliphate’s top one percent.

And now, as the American empire continues to expand under the leadership of its own modern caliphate, jurists in Washington are once again developing Shariah Law — a system of laws basically designed to strengthen the top dogs and to subdue the rest of us.

While the Qur’an speaks idealistically about all people working together for justice and for the good of the community, Shariah Law was originally designed as a power-grab and a war on the working class, women and anyone else who tried to rise above their station.

And although many Shariah laws do appear just and fair, we must always remember the basic reason why Shariah Law was invented: To maintain and control an expanding empire and to benefit the caliphs.

Likewise, the purpose of many current Supreme Court decisions — from the illegal appointment of George W. Bush to Citizens United and beyond — appears to be the same one that drove those men in black robes over 1,200 years ago: To seize and maintain the power of the few over the many.

Both the Constitution and the Qu’ran were originally intended to set men’s souls free — not to enslave them.

PS: At the Berkeley-Albany Bar Association luncheon the other day, our guest speaker told us about some of the decisions made by the U.S. Supreme Court over the past year. Some of these decisions were actually quite fair and good, but many of them only seemed designed to allow the new American Caliphate to consolidate its power more quickly.

For instance, there’s the Supreme Court’s recent strip-search law validation wherein anyone taken into custody, no matter what their alleged crime was, can expect to be strip-searched automatically. Ugh. And apparently “Expectations of Privacy” is a thing of the past as well, to be replaced by Judge Scalia’s favorite “Tresspass to Chattels,” whatever that is. And you used to either have to get a warrant or show probable cause in order to search premises — but not anymore.

And with regard to voter-redistricting in Texas, the Supremes didn’t want to get into that one at all. “That’s a states’ rights issue,” they earnestly declared, a really big turn-around from when the high court chose to overrule states’ voting rights in 2000 and foist GWB off on us.

But we still have a right to petition our government. However, we now apparently no longer have the right to get an answer from it. And now it’s gonna be much harder to mount a class-action lawsuit against a corporation too — especially one against Wal-Mart!

PPS: Speaking of Shariah Law justice here in America, according to an article by Chris Hedges ironically entitled, “First they came for the Muslims,” Muslim-Americans are now being falsely persecuted by the U.S. judicial system right and left http://readersupportednews.org/off-site-opinion-section/257-justice/10978-focus-first-they-come-for-the-muslims

According to Hedges, “[Attorney Stephen Downing stated that], ‘I was unprepared for the fact that the government would put together a case that was just one lie piled up on top of another lie…. And when you pointed it out to them they didn’t care. They didn’t refute it. They knew that it was a lie. The facts of most of these pre-emptive cases don’t support the charges. But the facts are irrelevant. The government has decided to target these people. It wants to take them down for ideological reasons.’” Reasons like keeping the American Caliphate up and running? Yeah.

PPPS: If you want to understand some of the higher goals and wisdom of Islam, I highly recommend Ziauddin Sardar’s enlightening (and very entertaining) book, “Desperately Seeking Paradise” http://www.independent.co.uk/arts-entertainment/books/reviews/desperately-seeking-paradise-by-ziauddin-sardar-6167246.html

Jane Stillwater- Currently many Americans hold a rather low opinion of Shariah Law.

On the Notion of Sanity