Once upon a time, in the depths of Africa, there was an ancient empire called Mali. Situated at the crossroads of caravan trails across the Sahara, Mali grew rich from commerce in gold, ivory and slaves. The centre of the ancient empire was the city of Timbuktu, of which you may have heard. 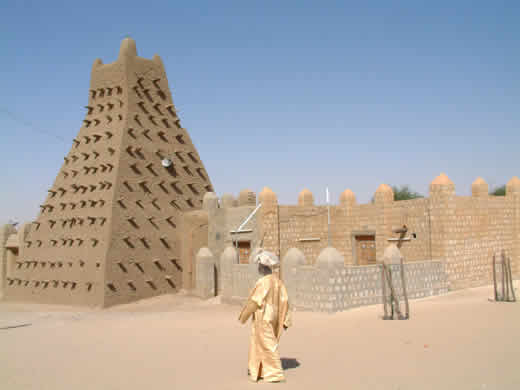 As time went on, the trade declined, the desert advanced, and the great city of Timbuktu shrank to a poverty-afflicted town of fifty thousand. The empire itself faded and died away, to be replaced by a French colony and then, in the fullness of time, one of those nations of Francophone Africa that are nominally independent but still under close control by the puppet-masters in Paris. And this nation, the Republic of Mali, was itself ethnically divided between the Tuareg people of the north, along with others, and the West African population to the south. The Tuaregs, who are spread over several nations, have rebelled several times over the last decades, seeking a homeland called Azawad; and each time they were crushed.

During these years, Mali went through the usual African stages of being a military dictatorship, before one of the officers to stage a coup, for whatever reason, decided to hand over power to an elected civilian government. This officer, Amadou Toumani Touré, later returned as civilian president, and was due to remit office in an election to be held a month from now. Under him, Mali was one of those “bastions of democracy” so beloved of the Empire, and Malian troops were trained by Imperial stormtroopers in “anti-terrorist operations”. As I’ve said more than once before, regimes which receive the approbation of the Empire tend to be less than wholesome when seen up close and personal, so I’ll not exactly fall over myself endorsing Mr Touré.

If you’re reading this article at all, you’ll be aware of the civil war in Libya, and the NATO/Al Qaeda Alliance’s destruction of that nation. You’ll know of the overthrow and murder of Libyan leader Muammar Gaddafi. You’ll also be aware that the civil war in Libya continues, and that there have been arguably genocidal measures, including ethnic cleansing, taken by the “victorious” Al Qaeda affiliated militia against black Libyans, who are called “mercenaries”. Many of these “mercenaries” were ethnic Berbers and Tuaregs, who had fought for Gaddafi because they had been well aware that under him their rights had been protected.

Now, at the time of the collapse of Gaddafi’s government, Libya was awash in arms, a lot of which was left over from the government’s own stocks, and a lot of others supplied to the “brave freedom fighters” of the Al Qaeda-affiliated NATO-backed militia; everything from armaments to “thousands” of shoulder-fired surface-to-air missiles. And while Libya (as I’d predicted a year ago) disintegrated into a patchwork of militia-controlled statelets, the Tuareg “mercenaries” took these weapons and moved down into northern Mali.

Remember what I’d said about the Tuareg rebellions the Malians had suppressed? Well, guess what happened next.

In January, Tuareg rebel factions united under the flag of a new separatist movement, the National Movement for the Liberation of Azawad (MNLA). With the help of the weapons flooding south from Libya, in battle after battle they’ve routed the (Empire-trained) Malian army, who are by and large fleeing the battlefield without a fight. 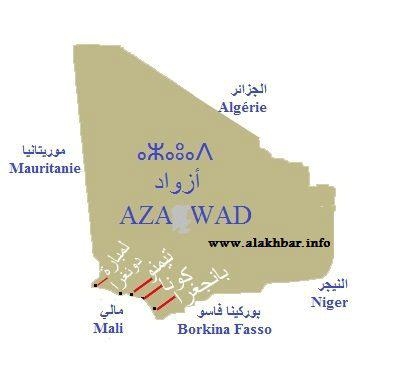 If that sounds interesting – apparently the Empire’s training doesn’t count for much when it comes to fighting a determined and well-armed enemy – there’s more to come. Remember that the Tuaregs are routinely called “Gaddafi mercenaries” by the same shining sources of Western truth as those who called Gaddafi the embodiment of all evil. Also, remember that Gaddafi had cracked down hard on Al Qaeda and on Islamic fundamentalism in general, and that the “brave rebels” fighting him were Al Qaeda affiliated militia, the same people who are now on the ground in Syria, fighting with NATO backing against the anti-Al Qaeda government of President Assad. Well, the MNLA in Mali, the alleged “mercenaries in the pay of Gaddafi”, are affiliated with…guess who.

In a situation which will surprise absolutely nobody, the MNLA’s allies are Al Qaeda In Maghreb (AQIM), the franchise of the basic Al Qaeda which is active in North-Central Africa. AQIM has been active in recent years in the desert regions of northern Mali, and has – by means of attacks on and kidnappings of tourists – virtually ended foreign tourism in Timbuktu. So, the NATO liberators destroyed Libya, handed it over to Al Qaeda, and left widening ripples of consequences all over North Africa.

Some liberation, I must say!

As the MNLA (and its AQIM allies-of-convenience) routed the army of Mali, the aforesaid government of Amadou Toumani Touré was due to cede power after elections at the end of the month. That didn’t happen, because the Malian army (the same Malian army which is getting its ass soundly whipped by the Tuaregs) turned on its own president and overthrew him in a military coup. They blamed Touré for their defeat, which is pretty interesting since he was supposed to be one of the “good guys”, a “democratic ruler” who “cooperated in the War on Terror.” Even more interesting, the coup leader, one Captain Amadou Haya Sanogo, was trained by the Empire and can be assumed to be in their pockets.

As Sanogo suspended the constitution and the West African union, ECOWAS, turned its heat on his new junta, the MNLA continued to blaze its way across the territory the Tuareg claim as their homeland of Azawad. In just three months – their rebellion began on 17 January – they have captured almost all of the territory. The latest city to fall is Timbuktu – yes, the Timbuktu. The Malian army fled without a fight. 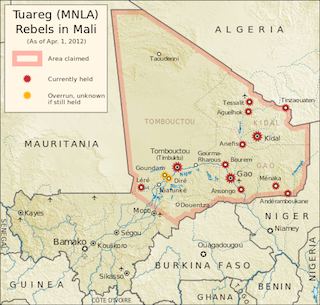 Let’s just try and take a moment to make sense of the line-up in Mali:

On one side, there’s, first, the various factions of Tuareg rebels under the MNLA. They, of course, have very legitimate grievances. Like so many other peoples of post-colonial Africa, they are the victims of colonial borders, which have taken no account of their own traditional home territories. Meanwhile the Malians have refused them their rights, neglected their desert home, bombed their refugee camps, and kept them out of the power structure. As the desert has swallowed their settlements and pastures, they have little economic opportunities except gun- and drug-running.

Yes, the MNLA is full of ex-combatants from Libya. Some of them fought for Gaddafi; some of them probably fought against him. One can only speculate how long their internal contradictions will stay buried. Since January, their victory mach has looked unstoppable. But if and when they are fought to a standstill, or even more if they win their independent state of Azawad, how long will it be before they are at each other’s throats? 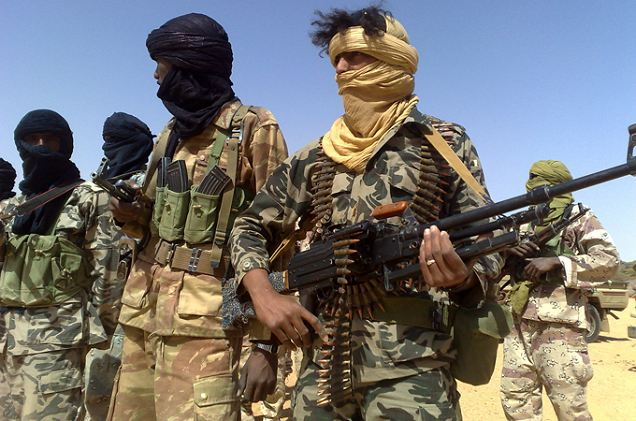 Going by the history of similar rebellions, not too long.

Then there are the Al Qaeda In Maghreb. If it is true that the bulk of the Tuaregs fought for Gaddafi, they are unlikely to have much sympathy for AQIM. As I’ve said elsewhere, I don’t place too much reliance on Western media claims on anything, so I won’t automatically believe that they are allied with the MNLA. But, for the sake of argument, let’s assume they are. At the moment, they are likely to benefit from the chaos and confusion of war, with its attendant breakdown of law and order. But once an independent Tuareg Azawad is established, the first point on the new rulers’ agenda will be to establish control and the rule of law (their law). Guess just who will suddenly metamorphose into their biggest enemies then?

Now, on the other side, there’s the Malian government, or, rather, governments. There’s Touré, who’s still the legitimate president of the country, and whose whereabouts seem to be unknown; at least he doesn’t seem to be in the junta’s custody. There’s Sanogo’s week-old dictatorship, which is opposed to Touré, of course, but which is supposed to share with him the agenda of defeating the Tuareg rebellion. Sanogo is himself opposed, meanwhile, by ECOWAS, which has imposed sanctions on Mali. And in the background is the glowering presence of the Empire, which is largely responsible for creating this mess in the first place; the Empire, which trained Sanogo, which allegedly favours democracy, and which gave Al Qaeda a free hand in Libya.

Does that sound complicated enough? No?

I haven’t even mentioned the other minority populations of Azawad, the Songhai and others who have their own quarrels, buried in history, with the Tuaregs. In an independent Azawad, they will have their own grievances, their own resentments. It’s certain they will feel discriminated against by the Tuareg power structure, and there will be enough other players to fish in troubled waters to make sure they are given the opportunity to act on those grievances.

So, this is what an independent Azawad is likely to look like – deeply impoverished, with absolutely no development or source of income (nobody has discovered oil there yet!), with competing factions jockeying for power, and a slow-burning civil war going on with multiple players and shifting alliances. Meanwhile, Mali, unwilling to reconcile to the loss of the majority of its territory, will continue to provoke border clashes. Overall, it will be very much like the situation in South Sudan, but because there’s no oil involved, nobody will really care very much apart from the people who live there.

Also, the Tuaregs, as I said, don’t all live in Mali – substantial populations inhabit contiguous areas in neighbouring nations. How long after an independent Azawad is established before they begin fighting to secede from those nations and join their ethnic brethren in the new nation? And what happens when those other nations react violently, as they inevitably will? Why do you think that none of the four countries in which Kurds live, Iran, Iraq, Syria and Turkey, are willing to consider for a moment the possibility of an independent Kurdish state? 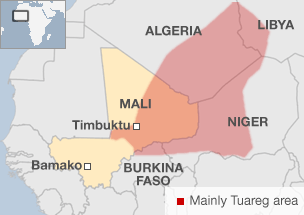 Or maybe, though at the moment it looks highly unlikely, the Tuaregs won’t win. Maybe the Malian army, with or without Imperial or other help, will beat back the MNLA, and reassert control over Azawad. That’s hardly likely to be a better situation, because the Tuareg people have, as Mao Zedong said, “stood up” and will not easily lie down again. standing in the sandy streets of Timbuktu will confirm, it’s obvious that it has not.Battle hardened and well-equipped, they will fight back hard against what they will undoubtedly see as Malian colonial occupation. And in a world where much less deserving secessionist movements have received the Empire’s blessings and aid, it’s difficult to justify leaving them under Malian occupation when they clearly do not want to be.

Ultimately, the fact is that the Mess in Mali is the fault of the Empire and its ceaseless meddling. Actions have consequences, and some of these consequences have further consequences. The anti-Soviet jihad in Afghanistan spawned Al Qaeda and eventually the Taliban, for example, and you’d have thought even the Empire would have learnt a lesson or two from that.

But as anyone standing in the sandy streets of Timbuktu will confirm, it’s obvious that it has not. 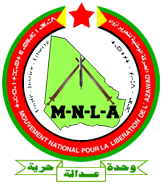 Bill The Butcher- Timbuktu has been a military dictatorship, a democracy and the center of an Empire. What comes next for this desert land?