The Emerald Isle of the Caribbean 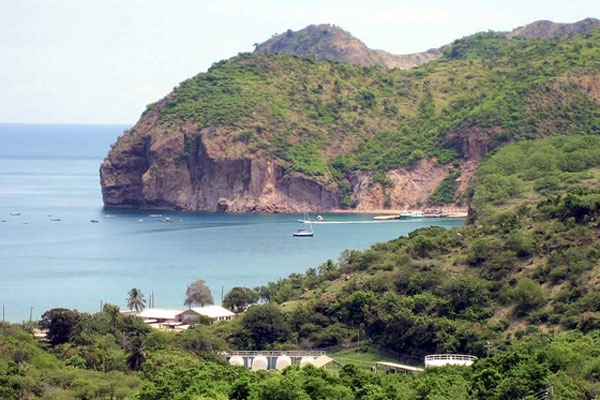 When the London Saint Patrick’s Day Parade takes place on Sunday 18th March, 2012, pride of place should go to a contingent from Montserrat. It is a small island in the West Indies and is nicknamed The Emerald Isle of the Caribbean. The name is not so much because of its resemblance to parts of the coast of Ireland but rather for the Irish ancestry of many of its inhabitants.

There is a very interesting story behind such a claim and this may give an inkling as to the name’s origin. In the mid 1800’s, a ship crewed by Irish speaking Corkmen arrived in Montserrat. As the sailors were loading and unloading their cargoes, they were amazed to hear the black locals speaking fluent Gaelic. They struck up a conversation and discovered that although they were speaking pure Gaelic, it was an old form used by the poets of the Irish nobility of ancient times.

It is not so surprising when you discover that for a couple of centuries prior to the meeting with the Corkmen, people of Irish ancestry had lived and worked on the island. Some had arrived there by choice whilst the majority had their exile forced upon them.

It is necessary to go back even further to discover the reasons behind the influx of Irish into the West Indies. Once again it was caused by another Irish Rebellion in 1641 when the Catholics managed to gain control from their English landlords. In the uprising the Irish Catholics, the majority, aligned themselves with the English Royalist party. When the Royalists were defeated in the English Civil War, Oliver Cromwell’s army was sent to Ireland to crush any further dissent and reoccupy the country. (Here I curse and spit at the mention of his name). His onslaught was known as the Irish Confederate Wars and Cromwell’s tirade there ran from 1649 to 1657. His atrocities are still cursed by most Irish people. Not only did he slaughter a large portion of the population, he went further by imposing cruel Penal Laws against all Roman Catholics.

By the time he had finished with his campaign, the population was dissipated with some estimates being as high as 50% either killed or exiled. His famous order ‘To hell or to Connaught’ was given to all Irish Landowners forcing them to leave their land in the fertile areas of the country and move to the western province of Connaught which was barren, boggy, rocky and infertile.

Not only did he enforce a Proclamation from 1625 that ordered that all ‘dangerous rogues’ i.e. Irish Political Prisoners should be banished overseas but reinforced it by ordering that all those landowners who did not move to Connaught within three months should also be banished overseas.

The West Indies were at this time opening up to various European nations including the English. Plantations of sugar cane – sugar being a highly desired and valuable commodity at this time – were being set up and labour was at a premium. Tens of thousands of Irish men, women and children were sent to act as servants, maids and labourers. They were classed as ‘indentured servants’ but in fact were treated worse than slaves. Many never returned………….

The ‘exile’ business became very lucrative and Irish people were herded up like sheep or cattle and shipped out as slaves. It was argued that it was to improve their lot and make them good Christians.

The Irish joined up with the black slaves throughout the various islands and began to rebel against their so-called ‘masters’ and as a result, a large number were shipped from the larger islands to the relatively small island of Montserrat. Many more were transported to the United States.

Those who remained on the island intermarried with black slaves and things eventually began to settle down.

On Saint Patrick’s Day, 17th March 1768, there was a determined but unsuccessful uprising by the slaves against the landowners. The black African slaves were joined by many of the exiled Irish in the rebellion against the English landlords.

Since then the day is celebrated as a public holiday where it is said that the festivities easily outrival those in the ‘Irish’ Emerald Isle. Long may it continue…

Mike-Montserrat, is a small island in the West Indies, nicknamed The Emerald Isle of the Caribbean.

The Miracle of ‘Soft’ Metal

Expansionism and the New American Ugly – Part I Nicaragua