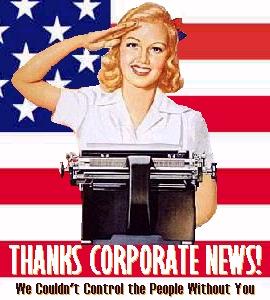 February 2012 has entered the annals of history, and according to my personal philosophy and Native traditions, it is in order to give gifts on the occasion of celebrating my 61st year. This particular gift is a tool created for anyone who wished or dared to pursue penetrating the illusions we are fed by media.

Of the many shameless liars prostituting for fascist, racist killers while pursuing profit in the name of democracy, the New York Times is the head I propose to deliver to my public readership on a platter. Let’s call it a gift of public service to humanity.

That the New York Times is a corporate prostitute frequently fronting CIA propaganda operations, is a matter I have delved into on previous occasion.

Now, the point is to show in a few easy reading pages, how anyone can tear these ‘information operations’ [psy-ops] apart and determine for themselves what is actually behind the story. With the long time CIA associated ‘Freedom House’ in trouble in Egypt in recent days, we can use this Times ‘Freedom House’ friendly propaganda story

Times quote:  “Two of the American groups, affiliated with the Republican and Democratic parties, said they have taught the nuts and bolts of grass-roots organizing, political campaigns and democratic elections to anyone willing to listen, trying to avoid favoring any Egyptian political faction. Another, Freedom House, said it has trained young activists and run international exchange programs. The fourth American group, the International Center for Journalists, does training on how a free press operates”

Gee, if they are teaching them anything like the New York Times operates (more on NYT operation a bit further on); I suggest they read up on former CIA agent Phillip Agee’s analysis of ‘Freedom House’ organizational utility:

Agee quote: “One may wonder why the CIA would be needed in these programs. There were several reasons. One reason from the beginning was the CIA’s long experience and huge stable of agents and contacts in the civil societies of countries around the world. By joining with the CIA, NED and [US] AID would come on board an on-going complex of operations whose funding they could take over while leaving the secret day-to-day direction on the ground to CIA officers. In addition someone had to monitor and report the effectiveness of the local recipients’ activities. NED would not have people in the field to do this, nor would their core foundations in normal conditions. And since NED money was ostensibly private, only the CIA had the people and techniques to carry out discreet control in order to avoid compromising the civil society recipients, especially if they were in opposition to their governments. Finally, the CIA had ample funds of its own to pass quietly when conditions required”

Now, why would the New York Times presentation be so far removed from reality, when compared to the CIA actuality? A few of the Times controlling influences (Directors) and their associations:

NYT Director Thomas Middelhoff > Bertelsmann AG which has media holdings in, and can influence opinion in, 63 countries around the world

It is likely safe to say the New York Times directors sitting on the boards of MetLife, JP Morgan, Carnegie Corporation, and Bertelsmann AG all in turn hold investments in stocks and these directors have portfolios with a vested interest in propping an overall scheme up.

That you will find bad people with intelligence agency ties in the most unexpected places can be quite disconcerting:

When the inter-related corporate players actual pecuniary interests are revealed by exposing lateral associations [as opposed to analyzing vertical isolated chains of corporate command and misleading portraits of their head to head relationships to governments] it becomes very clear the entire process is a form of colonialism, with clusters of corporate players making up what amount to modern fiefs.

The USA ‘democracy’ promoting ‘democracy’ provides cover for any number of wealthy sociopath personalities in any given circumstance, ripping off various natural resources concessions in the nations manipulated in the scheme with intelligence agencies and corporate boards calling the shots from where the various players vector.

Meanwhile, less resource rich but strategically located nations are heavily militarized and manipulated to prop up what is in essence a scam organized towards the looting of the innocents, largely upheld with weapons sales subsidized by the USA taxpayer. We fork over the billions in military aid which are then spent to buy weapons from the defense industry which in turn props up the looting of other nations’ timber, diamonds, oil, et cetera, often bought on the cheap via proxy ‘rebel’ movements [sterling example here].

This racket is becoming clear and it is small wonder there are incessant legislative campaigns to clamp down on the internet with its information freedoms.

The fallout of this corporate colonial ‘get rich[er] quick’ scheme promoted in the guise of ‘democracy’ has produced hatred of the western industrialized nations, hate for the USA particularly, and underlies the birth and spread of the so-called ‘terrorism’ which in turn has been used to justify more and larger ‘security’ programs propping up the very same scheme used during the so-called ‘cold war’ now renamed the ‘war on terror’ in what has becoming a greed based avalanche of world instability.

Combined with current events factoids, Wikipedia and Sourcewatch, anyone with basic internet competence [ability to follow links and do key word searches such as ‘African Wildlife Foundation, MI6, CIA’ or ‘Fossey Foundation, arms trafficking’] and is able to make and organize notes while sifting out blatantly misinformed or amateur articles, can learn to overcome disinformation, do their own analysis, map the corporate activities, identify the rip-offs and peoples exploited by these schemes, all while identifying the actual players and motives behind the New York Times propaganda.

Apply the preceding method and the result is quite clear; the New York Times is but one arm of a mechanism to deceive on behalf of a corporate centered sociopath get-mega-rich[er]-quick scheme of the 1%, exploiting Americans belief in their institutions, any consequence to the USA and actual democracy be damned in process

Ronald Thomas West- We all know the media is lying to us, but here’s some examples and ways to look for it.

From Russia with Love, to Nome

Sweeping Over The Edge