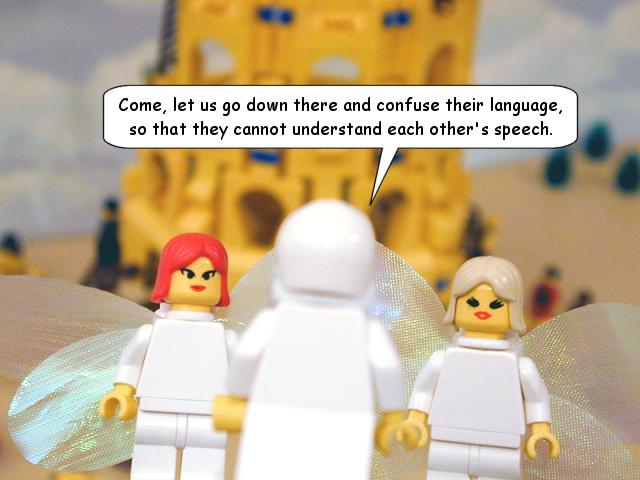 Editor’s Note:  We would like to welcome Sh, who hesitates to state much about his background, but loves to give alternative perceptions on history and our sense of selves.  If you aren’t open-minded yet, perhaps a walk through his views will change it.

Years ago, I heard that Norsemen are descended from the Ariyans.

At the time I thought the proposition was absurd. I thought, how could blue-eyed, blonde-haired Scandinavians and brown-haired, brown-eyed Persians/Indians possibly be related?

A while ago I thought I’d try to learn a little bit of the Old Persian language. (circa. 2500BC) The language of the Achaemenids.

I quickly came upon something inexplicable. The word for “wolf” in Old Persian is “varka.”

When I first saw this I thought there must be some mistake, because the Old Norse word for wolf is “varg.”

I believe, linguistically, the idea of ‘wolf’ is probably among the oldest things that we have a name for. People living in temperate climates have been encountering wolves since time immemorial.

So, I dug some more. And soon enough, I was facing an incomprehensible situation.

In the modern Farsi language, the language of Iran, the word for cow is “gaw.” (pronounced ga-uv) I believe it goes without saying that cows were named in very ancient antiquity.

At this point it was obvious what I should be looking for, and where.

There is a month in the modern Iranian calendar named “Tir.” (pronounced tee-r) It is named after a god of the pre-Islamic era. Tir also means “arrow” in modern Farsi.

The Norse god “Týr” is also associated with a symbol that looks just like an arrow.

In modern Farsi the word for eyebrow is abro; pronounced ah-brew.

The word for “is” is ast. French est. German ist. Spanish es.

And last but not least, in Farsi, “to,” pronounced toe, means you. German du. French tu. Old English thou.

These, I believe, are all very ancient words. Possibly, among the first things ever named by people.

We know that Persians and Scandinavians haven’t had much contact historically. Certainly no cultural exchanges or intermarriages of any great significance have occurred in the last 2500 years. We also know that the Achaemenids could not have had any direct contact with the British.

The question that, I believe, is begging to be asked is: what does all this mean?

If we were to assume that the Germanic peoples and the Persians are descended from the same biological ancestors, then I believe it’s incomprehensible that they should have evolved to look so different, in such a short time as a few thousand years.

The indigenous peoples of Canada and the northern USA have been living in an environment practically identical to that of northern and western Europe, for at least ten thousand years. Yet, they have dark skin, dark eyes and dark hair.

So, I believe it’s safe to say that Germans and Persians could not have descended from a single people who lived any time after the end of the last glacial period.

What is evident, however, is that our biological ancestors, while being of different race, all spoke the same language at some point.

I think the obvious question now, is how can this be?

Apparently, the Norse gods came from a place called “Asgard.” Some people have identified Asgard as Asia. More specifically, the Central Asian steppes; the alleged homeland of the Ariyans. The same Ariyans that Darius I of Persia claimed to have descended from, 2500 years ago.

Here I would like to advance a theory that, the original Ariyans were the people who spoke a language that we have identified today as Proto-Indo-European.

I have assumed that in a time pre-history, there was a small community of civilized people living somewhere in the Central Asian steppes. I will call them the Ariyans.

I speculate that in the greater geographical area surrounding this community, there were only scattered wild men and women.

These wild people may have either had no linguistic abilities at all, or extremely primitive ones as required by their wild, and probably solitary existence.

At this point, my contention is that these wild men and women were the survivors of an upheaval that had destroyed human civilization. Or perhaps they were the descendants of those survivors.

I think it’s possible to account for a solitary lifestyle by the fact that cannibalism would be a certainty under the conditions following a total collapse of society.

The Ariyans then, may have been another group of survivors, that unlike most people, who had reverted to a wild state, were able to maintain some degree of their previous civilization(s).

They probably had all kinds of artifacts, books and technology saved from their destroyed world.

I am betting that these people spoke a language that we vaguely know today as “Proto-Indo-European.”

At some point the Ariyans must have ventured outside of their area. This probably happened once they were able to achieve a certain degree of stability, security and proficiency.

So, these civilized men and women, probably well-armed and masters of reason, found the wild people who were scattered all about. They may or may not have introduced themselves as gods, and either enslaved or civilized these wild humans, depending on who you ask.

They gathered the men and women into settlements and taught them the Ariyan language. Then they taught them a code of conduct. They prescribed behavior for the wild people.

It seems like the “gods” taught some of these people how to become gods, while others only to be slaves.

And so each new “tribe” thus formed, was isolated.

Some expanded and conquered others. Others were conquered and disappeared.

As the generations came and went, the language which had been the same at first, became a whole family of languages derived from the common source.

The cultural descendants of these Ariyans live in a vast geographical area today. All the way from India to western Europe, the Americas and Australia.

Also noteworthy is the fact that in the modern Farsi language, the word for god is “khoda.” The suffix -a or -ha in Farsi makes a word plural. In Farsi, “khod” means self. Hence, the literal translation of khoda is “the selves.”

Before the monotheistic era, the idea of god was always expressed in the plural form, gods.

The word for self (I, me) in the Old Persian language is adam. In modern Farsi the word adam means a human being, with no reference to gender. In English, Adam is widely known as the name of the mythical first human being.

A human being is also called a “man” in English. In Farsi, man is reference to the self. (I, me, my)

Sh- We know that Persians and Scandinavians haven’t had much contact historically. Certainly no cultural exchanges or intermarriages of any great significance have occurred in the last 2,500 years.