Breaking News: Marines did not desecrate Taliban corpses by urinating on them 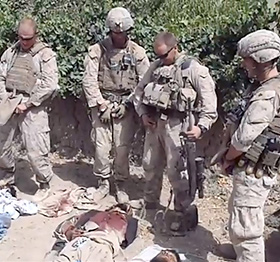 Bill The Butcher-Today, in a packed news conference, US Defence Secretary Leon Panetta made a startling disclosure

What’s This About Pirates?