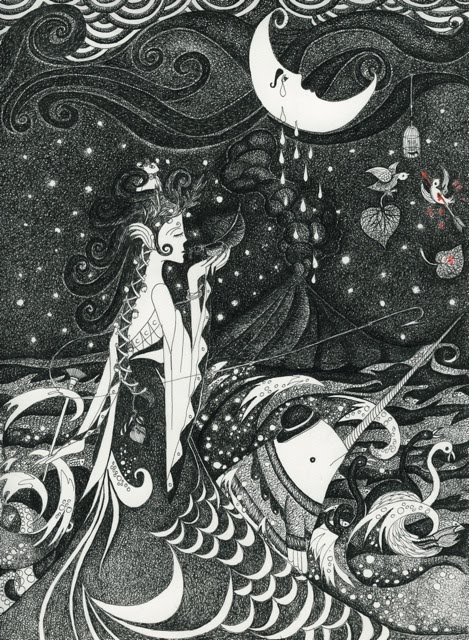 By: Mike
I hesitate to tell this tale at all for I have little or no doubt that you will think that I have gone stark raving mad……………..but sure, be that as it may, I think I can trust that you will all keep it a secret. If the word ever got out I would surely be put on some strong medication at the very least and at the worst be confined somewhere ‘safe’.

So, bearing in mind that you only read the little tale after agreeing to keep it quiet, I will start…………………..

The year before last, I decided to take my good lady to Ireland and to visit some of the places where I used to holiday as a boy and youth. Being now in our late 70’s and having been married for over 40 years we decided that we were in no hurry to get anywhere and had plenty of time to take in the sights and sounds of the fair isle.

So there we were stepping off the plane at Dublin Airport, going through the usual rigmarole in getting out of the terminal and collecting our hired car. We headed south to my home town on the east coast………..

The first major shock was that there were so many cars compared to the last time I had been over and the new motorways heading in all directions caused me some problems. Road signs in Ireland can, to say the very least, be quite confusing. However, we reached my sister’s home and settled in.

The next morning, with the promise of a beautiful bright June day greeting us, we headed west to Galway. Once again the quality of the motorways surprised and confused me but we reached Athlone in good time. Having had a wonderful lunch there we continued and within a couple more hours we reached Galway. We chose Salthill on the outskirts as our base and had no problem in finding a first rate Bed and Breakfast. We intended to stay a few nights and then continue on to Achill Island further north.

It was that first night there that the story really begins. We visited a couple of the old pubs that I used to visit when I was younger and fond of my beer. There was Irish singing and music in the first but a little too noisy for us so we moved on. We came to a backstreet pub where everything was soft, quite and very comfortable. Although there was some singing, it was not very loud. Some of the older men were also reciting old poems and telling some beautiful old Irish stories. Some I remembered from my schooldays and they brought back some wonderful memories…………

All in all, it was a beautiful evening and it was quite late when we returned to where we were staying. After a very comfortable and restful night, it was decided that her ladyship (my good wife) would spend the day shopping in Galway whilst I would take the car and my fishing gear to Lough Corrib which was a short distance out of the city of Galway. I hired a boat and was looking forward to a fair day’s fishing.

As I may have said, it was a beautiful sunny day with not a cloud in the sky. The lake was like a milk-pond with barely a ripple on the water. There was little or no sound other than the occasional splash of a trout or salmon jumping in the distance. The birds were in great song. I was at peace with the world and happy with my surroundings.

As I rowed up the lake I was suddenly met by a strange mist on the water which rapidly surrounded me. I quickly lost all sense of direction and rowed slowly trying to get out of the mist hoping beyond hope that I would quickly get my bearings. I had no such luck and as the minutes passed by I was getting more lost…………

I had been rowing for almost an hour when suddenly I came out of the mist and entered an area of the lake that was totally strange and eerie to me. Everything seemed different and the colours were more vibrant than when I started. There was no sign of any buildings on the shoreline and in fact, no sign of life whatsoever……………………….

I turned the boat towards the nearest shore and rowed towards it. When I was about three hundred yards from what looked like a pebble beach and where I intended to land, I began to hear human voices. When I say human voices, I should add that they appeared to be children’s voices echoing across the water…….

As I pulled the boat up onto the pebble beach a group of children made their way towards me. They were dressed as if they were having a fancy-dress party and all looked about ten years old. As they spoke rapidly I recognised that they were speaking Gaelic but far too rapidly for me to understand only the occasional word or two. I spoke in English and asked for directions back to the boat-house. They began to laugh…………..

A taller youth came from higher up the beach and asked me more or less in Gaelic what was my problem. I could not think of the Irish word for ‘lost’ so told him so in English. He laughed and spoke back to me in broken English. He said “Lost is it, you are? Sure now, didn’t I think that you were one of the lucky ones to find us”. “What do you mean?” I asked puzzled. “Sure now, haven’t you reached the end of the rainbow and found yourself in Tir na nOg” he replied in quite a matter of fact tone of voice.

Now it might have been fifty years since I left school where I learned Gaelic, but I knew damn well what Tir na nOg meant. The Land of the Young or more romantically in Irish myth as The Land of Eternal Youth. I laughed at the thought and must admit that I came out with a word that should never be used in front of children. He stepped back and looked at me as if puzzled………….

“And would you be doubting my word?” he asked. “Certainly not” I lied, “I was merely laughing at the children’s clothes”. “Oh that” he answered “sure we have no need for finery here. By the way, my name is Fioneen”. “Hello Fioneen” I replied “and mine is Michael”. “Welcome to Tir na nOg” he said at the same time as giving a low bow. “Would you be hungry?” he asked. “If it pleases you” I answered and followed him up the embankment.

When we reached level ground I could see several thatched cottages and gardens containing all types of flowers in blossom. Once again, I noticed that there was not a single adult to be seen. We entered one of the cottages and there was a table laden with all types of food. It looked inviting and he offered me a seat.

I ate some of the food which was delicious and drank some fresh milk. As I did so, Fioneen and several of the others watched with interest. When finished, I thanked him for the food and drink then said “I don’t mean to be rude Fioneen, but could you direct me back to the boathouse, my wife will be worried if I am too late”.

There were gasps from several of the children and Fioneen seemed quite shocked. “Sure won’t you be staying?” he asked in surprise. “No, no” I answered “I have got to get back”. “And would you not like to be young and healthy again like the rest of us and spend your time in such a peaceful place”. “Not without her ladyship” I answered. “You would not like to stay in such a wondrous place where you will never age again, never have aches and pains and never be sick. In a place where the sun always shines and it never rains or snows nor frosts. You mean you would give all that up for her ladyship?” he asked.

“It is very tempting Fioneen, but no, I certainly would not” I answered in honesty. “She must be a fine woman for you to forego such an offer Michael me boy” Fioneen had a smile on his face as he spoke. “Tis true Fioneen” I replied “not for all the time in the world would I swop her”.

“So be it then Michael. You know, you will never get another chance to come and join us” Fioneen had a sad look upon his face. “Thank you Fioneen” I replied “for your kind offer but sure I will take life as it comes – come what may”.

With that he walked me back to the shore and the boat. As he pushed the boat away and I took up the oars, there was a clap of thunder and a bright flash of lightning. As I quickly looked back to the shore to see if anyone was injured I was shocked to see that there was no one there. There was nothing to suggest that I had been ashore and certainly no sign of any living thing, human or otherwise……………………….

I rowed in the direction that Fioneen had told me and once again I was shrouded in mist. However, this time as I came out of it I could see the houses not far away and the boathouse from where I had hired the boat. I made my way there quickly.

I sat in the car for a good hour thinking about what had happened and although I was happy that the event had taken place, I was a little unsure as to whether or not I had just fallen asleep out on the lake and imagined the wondrous place and people that I had seen.

Tir na nOg – what a magical thought. A place where it never rains, the sun always shines. A place where there is no illness, pain or death……………Magic…….

Now and again, I think of what happened and still, if offered the same choice again – to live in the Land of Eternal Youth or continue as I am – I would definitely make the same choice – after all I don’t know what I would do without Her Ladyship, God Bless Her…………………

Mike: It was a beautiful sunny day, I was at peace with the world and happy with my surroundings.

The End Of The World

The Strike – A Prelude to Rebellion