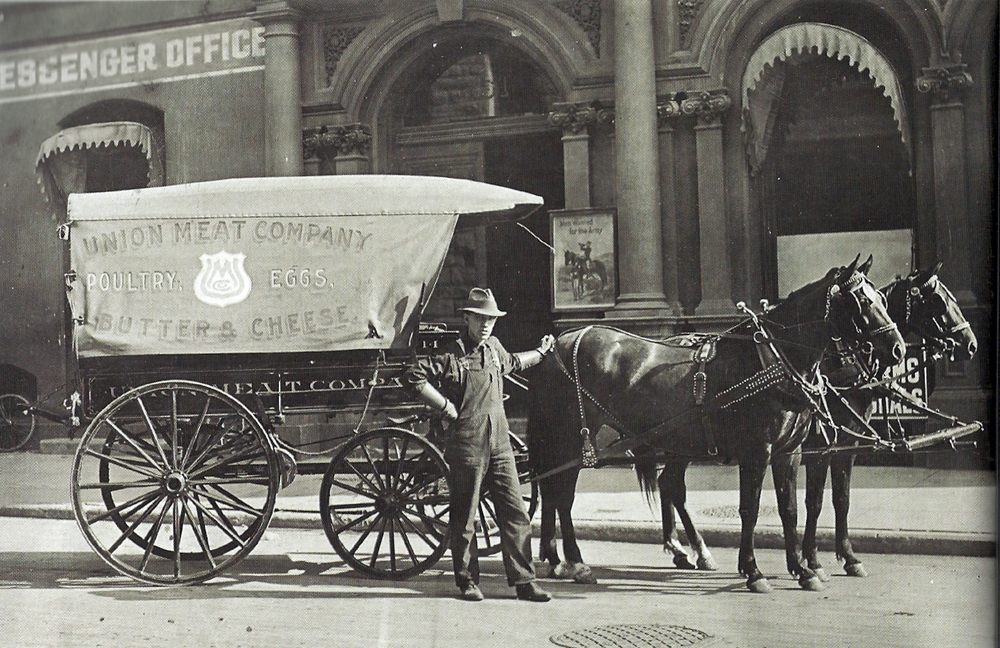 With the recent union strikes in Great Britain occurring many of the occupy folks are beginning to talk about joining with unions here in the U.S. for support and somewhat of a strong arm to back them up.  It’s an idea that has potential.  However, unions in general here in the U.S. have become largely ineffectual figure head entities.  They weren’t always that way.

Labor Unions in the U.S. date all the way back to the beginning of the revolutionary war.  In fact, they factored in the beginning of the war.  With people who were conscripted to serve the British higher ups for a pittance while still having to feed themselves and their families.  They were fed up and took up with the rebellion.  They wanted what every worker wants: Fair wages and decent hours.

While the unions in this era banded and disbanded rather quickly, usually rallying to something specific then going back to work or off to war, as happened in 1778 when a group of printers banded together in New York City to gain better wages.  They did and as a result, disbanded.

With the event of the Industrial Revolution, more people young and old were put to work in factory settings.  During this time many unions were formed and strikes held.  Strikes were held for shorter, 10 hour work days, against worker mistreatment and child labor.  Sometimes they worked and other times they just lost their jobs.  This was unskilled labor after all and enough people were hungry, poor and cold enough to refill jobs.

After the 1837 legislation that granted workers 10 hour work days, employers began looking for ways around the changes.  As a result factories and communities started broadening their sphere to include like minded workers in other cities and factories to organize as a larger bargaining group.  This was the beginning of what we think of today as a labor union in the United States. The first of which was the National Labor Union formed in 1866. This group actually fought for and helped pass in Congress the 8 hour workday which is pretty standard even now.

In 1864 that the first modern longshoremen’s union was formed in the port of New York; the Longshoremen’s Union Protective Association (LUPA). They would become an instrumental entity in the fight for unionization. They were so influential because much of the goods produced had to be shipped by boat.  When they would strike it would bring commerce to a halt, so businessmen had to take note and work with them.  Because LUPA was so influential, they were able to join with other unions like ones in factories when they would stage their own strikes, furthering their influence.

They also used other tactics such as naming themselves in such a way as to appeal to the American people. When Port of Baltimore native and International Longshoremen’s Association (ILA) leader Jeff Davis coined the phrase “ILA: means ‘I Love America'” during World War I, he explicitly connected the ILA with a deep and passionate patriotism, which has been a defining characteristic of the Union since its infancy in America’s heartland straight through to today’s era of advanced internationalism. ILA patriotism runs deeper than the personal convictions of the Union’s dynamic leaders – it is an expression of the central role longshoring has played in this nation’s history.

The ILA wasn’t the only influential national union. The Teamsters also were vitally important to the labor movement.  A strike or sympathy strike by the Teamsters could paralyze the movement of goods throughout cities and the country.  It also meant that Teamsters leaders were able to demand bribes in order to avoid strikes, and control of a Teamsters local could bring organized crime significant revenues.

Throughout their history in America however unions weren’t always welcomed.  In fact during the time that we term ‘The Union Uprising’ members of the middle and upper-class would rally in response to unions.  These people were termed “Union Busters’ and would employ a variety of tactics.

One of these was to infiltrate factories or pay someone else to do so in order to talk down unions to the workers.  Usually they would try to persuade non-union shops that by paying a fee to unions they would be losing much needed money.  They would use this same argument for not striking, warning their (fake) compatriots that by striking they would both lose money and their jobs which nobody could afford to do during the depression era.   In fact many workers did lose their jobs and ended up working farms as migrant workers if they could find work at all.  This contributed to the era of hobos, travelling from town to town looking for any sort of work.  The dustbowl days during this time certainly didn’t help.

Another tactic was to actually assault union organizers.  Groups of armed men would beat and even shoot those attempting to organize for better wages and shorter work weeks, as well as safety on the job.

Union busters would also visit churches, sermonizing to the people the evil of unionism.  Sometimes calling it Communist and sometimes just calling it an evil thing, a “secret combination or society.”  This appealed to a lot of the American sort of congregations and as a result set public opinion against unions.

Often when one thinks of labor unions they also think of the Mafia which did a very good job infiltrating unions.  By doing so they were able to command deals for contracts on construction, transport and more.  They would do so by making sure their legitimate business ventures had unions and Mafia affiliated personnel were voted in as negotiators.  It is here that we begin to see real corruptness in how union negotiations were handled.  A union rep is a legitimate job; however, the reps would send a kick-back to their respected “families” in return for a little extra cash themselves.  To keep the non- affiliated workers quiet, not to mention themselves in office, very often they would use coercion in the form of violence and bribes.

In office they would order work stoppage in order to get the price they wanted for contracts. In certain areas organized crime was so rampant that cities and contractors had no choice but to comply.  However to be fair, they did help to stop the Union Busters from abusing workers, it is probably due to this that workers allowed for what they knew was organized crime to join with them.

In a sense it was the organized crime element that caused unions today to be so ineffectual.  The last 20 years have seen the federal government crack down on Mafia-union connections to a great extent. But without a real strong hand unions lose to a great extent their bargaining power.  This is why today a lot of worker’s rights are dictated by the very entities the union is supposed to be protecting the worker from.

As late as 2005, sweeping civil racketeering lawsuits were brought against the International Longshoremen’s Association. It was at the time, the government’s most aggressive attempt ever to wrest the nation’s Atlantic and Gulf Coast docks and the union that represents their workers from what prosecutors claimed was a half-century of control by two powerful New York mob clans. This suite included 26 people connected to crime families.

However unions have accomplished a lot of the progress and rights we expect from employers even today. In 1949 they helped to pass the child labor act.  The 1960’s saw both the equal pay and civil rights act, both of which were demanded by labor unions.  Unions negotiate for better job distribution, pay and medical benefits.  Also vacation and retirement funding.  They are supposed to be there should a member need help negotiating over a job dispute of any kind with an employer.  Sexual Harassment laws were helped along by unions.

However lately union officials and officers have lost a lot of their bargaining power.  They have much less strength behind them as members in many jobs are required to be union members.  The fact that they cannot choose whether or not to be members has distanced them.  Without that choice people very often don’t pay attention or vote for their representatives.  Many times they don’t even think to call when they need help in the workplace.

If unions are going to be helpful to us in the future whether it’s with an Occupy movement, general strike people are going to have to become more active and demand as well as strengthen their union.  Even still unions may or may not be helpful to workers.  They have been taken over by corrupt entities before and are particularly vulnerable at this time, to infiltration.

There is great strength in numbers but only if those numbers support one another and watch for what is best for all.

Grainne Rhuad- Workers have been orgainizing since the very beginning of The United States, sometimes to the good of workers other times to the detriment.