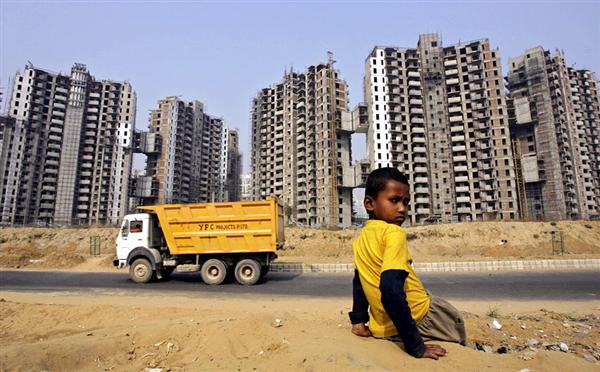 (Or, rather, your sub-editor or whoever it is who reads your mail, because I am sure your exalted status relieves you from the onerous task of handling correspondence from mere readers.)

Before I go further, please note that the contents of this letter will be posted online on my blog and elsewhere, with full mention of The Shillong Times, because it has been my experience that there is some kind of unofficial “ban” in place on publishing my criticism of your articles and your alleged opinions (more often than not regurgitated wholesale from so-called “national” newspapers). Therefore, even if you choose to maintain your unspoken “ban” (which has endured by my reckoning for about four years now), you will have been named and shamed online. Be warned.

One of these alleged “editorial opinions” of yours is titled “Tactical Retreat” and was published on your paper of the 9th December. In it, you make some sweeping statements, which deserve examination in detail.

First, you (or, as is more likely, whoever you lifted your “opinions” from) claim Manmohan Singh had the “last laugh” in the end on the Nuclear Deal. I don’t know whether you are unaware of the nuclear reactor meltdown at Fukushima in Japan earlier this year, and the strong anti-nuclear-power agitations now ongoing in several parts of the country, or whether you merely chose to ignore it. From your newspaper’s flagrantly exposed ignorance of basic geographic and scientific facts in the past, the first is a real possibility. If not, you will note that not one of these nuclear reactors that were supposed to have solved our power problems (the USP of the Nuclear Deal) has come into service yet, and that the last four years of Congress party misrule has so devastated the nation that even such cravenly pro-Congress media outlets as yours cannot have escaped noticing the people’s disenchantment with the party. How is that the “last laugh”?

Then, you claim that you hope that Singh “will prevail again on the FDI in retail issue” because the “advantages are many”. Said advantages – according to you – are as follows:

1.     India needs organized (sic) retail. Does it? Can you justify this statement? A look around shows that India is doing well enough with competing small-scale shops selling just about everything one needs. The huge and bustling markets of the cities may not be pretty, but they provide just about everything, at a reasonable price, and employ an uncountable number of people. Can you honestly state that organised retail outlets will be able to provide the same services? Who will absorb the millions thrown out of work? Will you, or those who you lifted your opinions from, provide these people with alternative employment? If not, how do you justify your claim?

2.     Foreign investment in retail will bring in capital, expertise and competition. Capital to achieve what, precisely? Is there a shortage of capital in this country? If there is, why are we still talking about our alleged “booming” economy? If there is not, why should we bring in foreign capital, since said foreign capital can be as quickly withdrawn? If there is a threat of sudden withdrawal of this capital – for example, due to pro-worker labour laws – and a consequent fall in the stock market, will the government of the day stand by and allow this withdrawal, or will it bend over backwards to change laws and entice the capital to stay? What has been our experience so far on this point? And do you really have to be reminded that the East India Company first came as traders, got “concessions”, and used the excuse of “defence of trade rights and concessions” to colonise India?

As for expertise, is there a shortage of expertise in this nation? If so, why do we have Indian Institutes of Management? 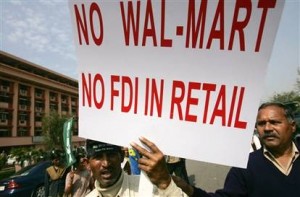 As for competition, a look around any of the markets I just mentioned will show you how much competition there is already, quite happily coexisting. Do we need more competition? If we do, does that competition have to come from foreign-owned retail chains?

Assume, for the sake of argument, that FDI will bring in increased “competition”. Basically, what this will mean is that the huge international retail chains like Wal-Mart (which have tremendously deep pockets) will undercut and push out the original retail outlets from business. A look around the USA, where the traditional stores have vanished after the advent of these mega-stores, shows that this is not unlikely by any means. And once that happens, exactly what is to stop these retail chains – who then have a monopoly – from charging whatever they want? Nothing.

While on the subject, the ethics, not to say legality, of these retail chains are deeply suspect. As we all know, the same neoliberal “economists” who push FDI are also strongly in support of weak labour laws and “hire and fire” policies. This basically means that nobody is secure in his or her job, and can be replaced at any time by someone asking for even lower wages – no matter how much work he or she has put into the job or is willing to. This sounds very nice to those people sitting on a huge cushion of money, but I wonder if you – the editor of a minor, fifth-rated newspaper – or your minions would like to live in a situation where you could be dismissed without notice because someone else is willing to work for a thousand rupees less a month. Would you? No? Then by what right are you wishing this fate on others?

3.     The produce of farmers will fetch higher prices. How, exactly, is this miracle supposed to happen? FDI will result in the big retail chains looking for the cheapest sources in order to maximise profits. If they paid higher prices, it would go directly against the idea of competition reducing prices, which was your earlier point. Therefore, it will directly result in farmers undercutting each other in order to sell to them – and even there they will be undercut by organised factory-farming – the kind of factory-farming the West is now trying desperately to abandon in favour of more sustainable, not to mention healthy, practices. As for technology, that can be imported without the necessity of handing over ownership of the economy to foreign concerns. Your argument veers dangerously close to the idea that colonialism was good because the colonised countries wouldn’t have got trains and telegraphs otherwise, something once again being claimed by neo-imperialists these days. 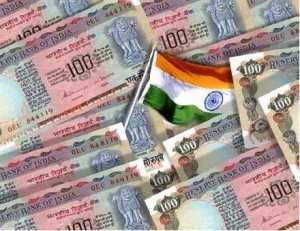 4.     The supply chain will be shorter and more efficient. How? By the retail chain owners going direct to the farmers in the fields and buying from them? In that case, what is to prevent them from beating down the farmers’ prices since only those who sell at the cheapest rates will get the sales orders? If the government has to step in to ensure a fair price to the farmers, what’s the difference from the current system?

5.     (T)he consumer will be benefited, price-wise and in getting easier access to essential goods. How will the consumer get easier access to “essential” goods? If we define “essential goods” as food, clothing, and medicine, they are available in most markets already, in every city and village. And about prices, if the FDI is allowed, according to what we’ve seen worldwide, the consequences will be that the prices of medicines, especially, will rise sky-high in the name of protecting intellectual property rights.

6.     New investment will pour into manufacturing and more jobs will be created in the sector. Is this “jobs” in the sense of “slave-labour style sweatshops”? Because that’s the kind of “jobs” that have been created by the advent of FDI as seen worldwide. FDI will only “create jobs” where profit can be maximised – meaning where the least wages have to be paid and the maximum work extracted for the minimum side benefits. And if the economy of the nations the produce is to be marketed in suffers, and the market collapses, the factories will close and the slave labour workforce thrown out of even the pittance they are earning. I trust even you are aware of the parlous state of the European and American economies at the moment?

7.     Giving in to the opposition and dropping the proposal would seem unwise and pusillanimous on the part of the UPA government. This is called the democratic system. It’s why an Opposition exists and this is not a monarchy under the Nehru-Gandhi dynasty. The Opposition is meant to pressure the government into abandoning unwise or unpopular policies. If your paper does not like the system, it should openly state that and suggest what kind of system it wants.

I would love to read your replies to these questions, if you are capable of answering them. After all, there’s no reason you shouldn’t be. Since you either wrote this editorial or allowed its contents to be published in your paper, you obviously subscribe to its contents. You are a national prize-winning columnist with the entire resources of your editorial staff to call on. I’m only a private citizen with no education in economics. You should find it easy to blow me away.

I look forward with keen interest to your response. If any.

Bill the Butcher- The huge international retail chains like Wal-Mart will undercut and push out the original retail outlets for business. A look around the USA, where the traditional stores have vanished after the advent of these mega-stores, shows us this in not unlikely to happen.