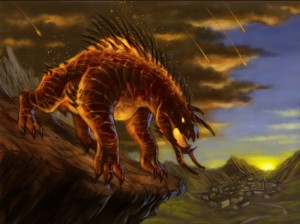 Imagine, if you will, the aftermath of a battle; the field is strewn with shattered artillery limbers, dead horses, stacks of dead infantry in hollow-squares, and smoke-tendrils wisping skyward from broken trees. In one corner of the field, however, is an untouched mansion. Not a hole; not a hoofprint in the lawn – the whole thing has passed it by.

Inside is a party, which was previously scheduled and which is going on apace; wine and whiskey is flowing, girls are getting pinched by lecherous old bastards with more money than either sense or morals, and the only thing anyone’s really worried about is whether they’ll run out of alcohol before sundown.

Afterward, everyone will take to their beds or their carriages, not knowing at all what’s just happened – nor will they care, much past the thought of what they had to pay the servants. They’re a class of people who gets to stay behind after sending a nation off to war.

You can damn well bet the servants knew – their fathers, brothers and uncles were among the infantry.

This is what has happened to America – the tainted mist wafting from the collective shattering of Middle Class America from three years of unrelenting social and financial warfare is the best clear indicator that the power-elite has destroyed an entire generation of young Americans, and all but wiped-out their parents.

The moneyed-classes in New York stood on the Stock Exchange balcony, sipped champagne and laughed about the first of the ‘Occupy’ movements. Frankly, I held my breath. I still do, every time the police pepper-spray pregnant women and old people – because one of these days, someone is likely to say ‘enough is enough’, and hang some police, stockbrokers, bank managers or who-have-you from the nearest lamppost.

We take a lot of nonsense from those in charge, we Americans. Perhaps that’s due to the fact that we actually believe that someday they’ll let us into the club; that voting still has power, and that we really do still have a chance. It was Steinbeck who said that socialism would never take root in America, because we don’t view ourselves as downtrodden; only as temporarily-displaced millionaires.

That’ll change when there’s enough disruption. In the meantime, the elite need not worry – there’s no strange-beast slouching toward Wall Street to sort them out for good.

At least, not yet.

Europe’s financial situation is hanging on by a thread; the result of thirty years of Chicago School/’trickle down’ economics has treated them no better than it’s treated us, although they’ve connected the dots a little better than we have; they know that giving tax cuts to the wealthy only enables them to buy more toys, accumulate even more of the nation’s wealth, and instead of small business owners and people with futures, there’s now a continent full of unemployed students, cooks, housekeepers and drivers. Incredibly, America still views itself as ‘exceptional’, and hence exempt. Just ask any of the Republican candidates for President – they’ll tell you that there are plenty of jobs available; the only thing anyone has to do is take a bath.

Meanwhile, in spite of his pseudo-Liberal credentials, our current leader is really a Wall Street stooge; he’s ratified the previous administration’s assaults on civil liberties, and shows no sign of doing anything but pandering to those who got him elected by way of funding his campaign. It’s a full-on race to the bottom in 2012, with very little in the way of redeeming features. As the late Joe Bageant said, we now have an ultra Right and a center-Right, because so much oxygen has been sucked from the political discourse – it’s small wonder that the Republicans look crazy; the moderates abandoned the place a long time ago.

We’re many things now; this ‘America’, but we’re not a nation in any conventional sense; not with one person in six on food-stamps; one child in four living in poverty and one family in two below the Federally-accepted ‘poverty line’.

The basic math is dismal: Over 22% of the nation’s workforce isn’t working. Those are depression-level numbers, any way you cut it. The government’s steadfast denial of this problem is akin to the Japanese admirals who only reported cheery news to the Emperor up until they couldn’t hide the problem any longer. By then, two of their cities were little more than iridescent glass, and the rest of the country was rubble.

As 2011 ignominiously slips toward its end with the grace and dignity of a slug on the sidewalk, none of the problems from four years ago have been corrected – the banks are still in a disaster of their own making; half of the country is in threat of homelessness, and the only permanent solutions are those which the moneyed interests don’t want – because it will involve writing-down a lot of their debt, and accepting a higher tax-burden. The government’s income-problems are part and parcel of this; when the majority of revenues come from people who now work minimum-wage jobs, there’s no wiggle-room.

Meanwhile, America is becoming ungovernable in any functional sense – there’s no money to do it with, and Congress has either exempted or destroyed the only tax base from which to derive said revenue. Wall Street and its Congressional handmaiden have, with the collusion of the American voter, managed to destroy everything about this country which is worth saving.

Our leadership is little more than an agglomeration of grifters and thieves, with the rest of us fighting over scraps. While Wall Street finishes raiding anything worth taking and Congress is their willing accomplice, people with PhD’s are now growing illegal dope and selling it; you can go to CraigsList on any given Tuesday and find babies for sale, along with people who’ll sell you a perfectly-useable kidney. Moms are cooking Meth in the garage, selling it to their teenage-kids’ friends on weekends. Morality is a wonderful thing when there’s money in the bank and a job to go to on Monday morning; it’s an unsupportable luxury if there’s not.

I spend quite a bit of time volunteering in local food banks and homeless shelters this time of year, and I’ve watched the mood of America’s homeless go from shell-shock to righteous outrage. The pot is ready to boil over. Millions are ready to say to the 1%, “You don’t get it? Fuck you!” The ‘Occupy’ protests have been peaceful so far; they’ve only called attention to the problem, without taking serious action. Laughter from a balcony; pepper-spray; denigrating comments from Republican Congressfolk and presidential candidates – these are not appropriate responses.

I’ve a feeling that sooner than not, they won’t be laughing so smart and pretty.

That rough beast getting ready to slouch toward Wall Street and Washington is a mean and nasty bastard; he’s been fed on a diet of junk-food table scraps and attitude for some years now, and he’s about to slip his fucking leash. The result will not be pretty.

I’ll make a prediction – there will eventually be show-trials and other suchlike from a legal-system bent on mollifying an increasingly angry electorate; when these efforts do not produce the desired results, there will be violence.

At that point, the beast will be loosed. Kennedy’s statement will prove prescient; having made peaceful revolution impossible, violent revolution will be not only inevitable; it’ll be on everyone’s doorstep. The last thirty years have made a lie of my childhood, but the opportunity will be there to finally and for good-and-all do away with the corruption which has plagued this country for so long, or either split into separate nations or sink into a form of fascist neofeudalism.

(On balance, splitting up might be the best thing for America. We’re better off than most up here in the Northwest; if you don’t count the crazies in Montana who are bent on creating an anarcho-Fascist ‘paradise’, we’re actually pretty sane up here. The Teabaggers and Fundies don’t like us, but that’s fine by me. They’ve got Texas.)

I’d like to see America saved. It’s a good idea; this country – sadly, we now lack the educated electorate necessary to pull off self-government. That ship sailed a long time ago.

Blind rage is ready to take the place of reason or sense. The falcon sure as Hell can’t hear the falconer any more, and that beast is ready, if you’ll pardon the mixed metaphor, to disguise fair nature with rage, lend its eye a terrible aspect, and imitate the actions of a tiger.

W.D. Noble- Shares his yearly wrap-up and predictions for 2012