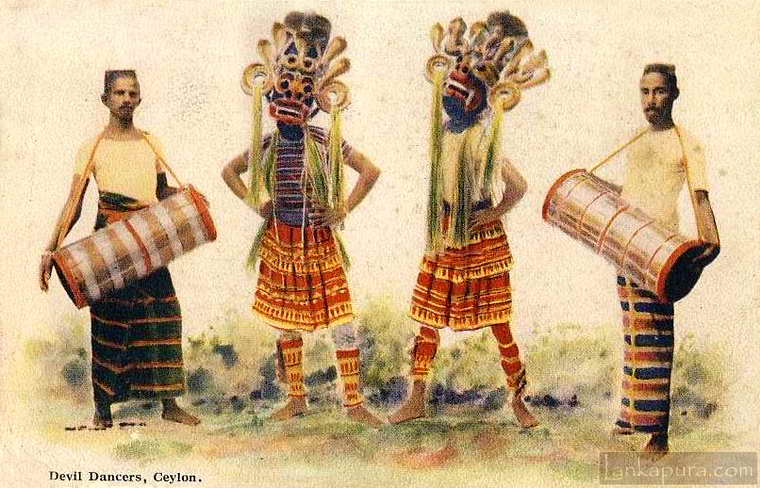 About the author:  Izzy Woods is a freelance travel journalist. She writes for several publications, she spends half the year travelling the world on her own adventures.

This journey starts in the recently devastated sea side town of Unawatuna on the southern coast of Sri Lanka. Over 300,000 people were killed in the tidal waves that hit the coast and I remember with much sadness hearing about the little roadside town being swept away in the storms. It was in Unawatuna that I experienced a Devil Dance, a private village ritual seldom seen by Westerners.

Unawatuna is a beach town, with some of the best diving locations available anywhere in Sri Lanka. When I was there it was totally undeveloped, with just one beach hut serving freshly caught fish. It was very simple, just a canopy with a roof of banana leaves. But my partner and I got to know Saman and his family who ran it, and within days we were totally at ease in each others company. We fell in love with the white sandy beach and Saman took us out to sea in his dug out canoe, and laughed when I got sea-sick. I played with his little boy, and cuddled the orphaned monkey they had found in the forests.

It was a wonderful week. Every morning we would stroll down  from our hotel to breakfast on the beach, much to the annoyance of the female hotelier. We had fallen out of love with the place since our first night when we were forced out of the bedroom by bed bugs. Resolving never to eat there, we decamped to the beach restaurant during the day, eating papaya for breakfast and ordering freshly caught prawns for lunch. Everything cost pence, and it was lucky, for it was all we had. Everything was suffused with the taste of coconut oil, for that was all they could afford to cook with. 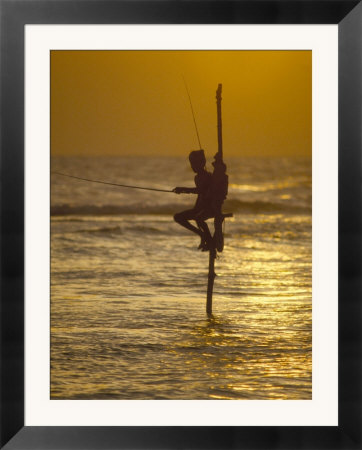 One night, as we were the only travelers there, we went to watch turtles laying their eggs on the beach and, wading through the sea on the way back Mark, my then partner, walked into a swarm of jelly fish. Their poison made his leg begin to swell and he fell onto the sand writhing in pain. My first thought was to get him to a hospital so that the barbs and venom could be removed, but Saman told me they would cut his legs to ribbons to get the barbs out. “Wait here” he motioned, and we sat by the fire and waited. He returned with a very old lady who carried a branch from a nearby bush in her hands. She snapped off some leaves and started to squeeze the sap from the plant onto the wounds. Next, she took a glowing ember from the fire, held it close to Mark’s leg and began to blow. The ember fired up, right next to his skin. The pain was clearly great, although I was not sure at that point whether it was from the fire or the jellyfish barbs. The old lady explained that the heated sap was drawing out all the poison and would bring the barbs to the surface. She was right. By the next day all the swelling had subsided. We knew we could trust these people and they had saved us unimaginable trouble and possible lifelong scars from surgery.

Saman came to see us in a state of high excitement two days later. Mark had studied anthropology and, knowing something of the country’s culture, has asked if there were any Devil Dances being performed in the village. They are not common, but by chance Saman had heard of one planned for that very evening. We should bring a gift for the family. Something sweet. And be ready by five. We headed off to Galle to shop.

Devil Dances are a village solution to several types of problems, be it domestic or medical. If a family is suffering a run of bad luck, or someone is ill, a thovil is arranged. The reason for this Devil Dance was simple. Ill fortune of any kind is widely thought to be caused by the unseen forces of evil. The illness is a manifestation of this and must be sent away through ritual. The patient in this case was a very demure, miserable young woman of about twenty. She had been struck dumb and nothing could induce her to speak. She had been silent for a month. We arrived and were introduced to her family, who were most gracious. The drumming had started, which is a sign to surrounding villages that a dance was about to be called. Neighbours and friends began to turn up, all looking solemn and worried.

They offered us Coke and the drumming continued for about three hours, mesmerizing us as night began to fall. At some point, through the sweltering heat and darkness, a masked man arrived, and the whole scene began to resemble a nightmarish film set. A chicken was trussed and thrown on the floor, a fire was lit and the dancing began. Long bouts of chanting from the masked ‘priest’ of ceremonies seemed to be working, and soon the young girl began to howl back at him. The Devils were answering him back.

We stayed all night, watching this play of forces. The good defied the evil and evil writhed upon the floor and screamed back. Evil frothed at the priest, who mocked it’s pitiful display with exaggerated outrage. Was the play for the watchers or the participants. It seemed to be tapping into a mutual pact between the two, a working out of conflicts, a purging of emotion. Evil spat at the priest, who sent up plumes of smoke with a magicians flash, by way of a powder thrown on flame. It was spectacular. A terrific show of deadly import. The ‘daha ata sanniya’ were listed, which refer to sixteen ailments and the demon responsible for each one of them. The drumming never stopped.

At about five o’clock the priest, still masked, decided that the devil had given up and he let the girl rest. A torch-lit dance in the dark through the village saw order restored and the patient definitely started to look happier.. By six o’clock we could stay awake no longer and bid farewell to our hosts. I was greeted by the young girl, smiling and chatting, as if nothing had happened. Whatever had occurred that night had certainly cured her. I could make little sense of what I had witnessed, other than the transformation of a silent miserable girl into a normal one. Something beyond my comprehension had happened. We walked back down the beach at dawn, seeing the fishermen already on their poles far out at sea. The sun was rising, and I reflected that it was one of the strangest events I was ever likely to witness. 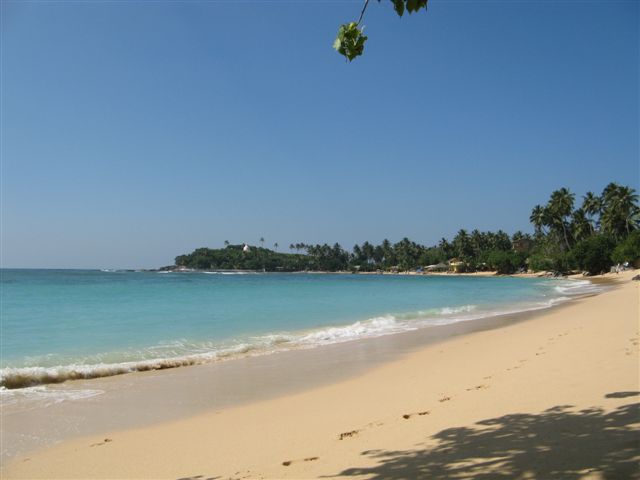 Izzy Woods- Devil Dances are a village solution to several types of problems, be it domestic or medical. If a family is suffering a run of bad luck, or someone is ill, a thovil is arranged. The reason for this Devil Dance is simple. Ill fortune of any kind is widely thought to be caused by the unseen forces of evil.