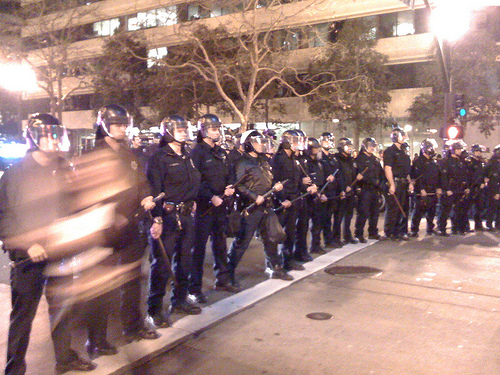 Anyone can have meaningless sex.  Guys go to prostitutes.  Ladies can pick up one-night-stands in bars.  And then there’s rape.  I rest my case.  But to experience the ultimate in human intimacy and contact, you just can’t beat holding hands.

According to the ancient Japanese medicinal art of Jin Shin Jyutsu, hand-holding is a healing act as well as an act of intimacy.  So you get 2 for the price of 1 here.

Many studies have shown that in order for babies to thrive — or even to survive — they must have human contact, skin on skin.  And what makes anyone think that we ever outgrow that need?

You just can’t have meaningless hand-holding.  You can’t rape a hand.

Holding the hand of another human being will humanize them — and will probably humanize you in the process too.

Hand-holding is the best medicine.  So just do it. 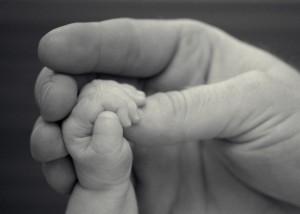 Not only that but imagine if, instead of dropping bombs on Baghdad, George W. Bush had just told Saddam Hussein, “If you don’t immediately give me all your oil, I’m going to threaten to HOLD YOUR HAND!”  Perhaps if that had happened, we would have re-written history — and all too many American vets would also still have their hands today.

And what if Barak Obama had simply told Muammar Gaddafi, “Here’s the deal.  You give me all your oil and I promise to hold your hand twice a day for a week in return.”

Let’s train our Marines in various hand-holding techniques.  After all, since God and Allah are two words for the same person and Christians and Muslims alike honor the non-violent teachings of Jesus, a Prince of hand-holding himself, then even the Taliban would be pleased.

And as for Congress?  Hand-holding would work well here too.  Instead of Congressional representatives making asses of themselves by always trying to legally steal from the public coffers rather than doing their jobs?  They could all just join hands in a big circle, have a Kumbaya moment and then get back to what really matters — serving the folks who elected them.

And as a public service to humanity, I am hereby offering to hold YOUR hand for 20 whole minutes — for only 20 dollars.  That’s a magical dollar per minute.  Such a deal!  You’ve heard of the famous Hugging Saint of India, right?  Now you’ve got the famous Hand-Holding Saint of Berkeley as well.

Just don’t ask me to hold hands with a Koch brother.  Yuck!

PS:  Speaking of prostitutes, for many years I worked as a substitute teacher at our local juvenile hall.  The boys were mostly in jail for gang-banging.  The girls were mostly in there for prostitution.  But on the whole, most of the inmates were bright kids — and these were only the ones that got caught.

Imagine how much smarter the ones who got away with it must have been. 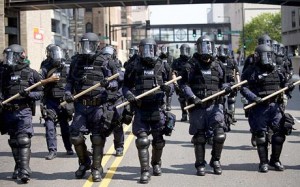 PPS:  Has anyone but me started to notice that lately one of the major budget line items in America these days doesn’t go toward repairing infrastructure or making improvements in our lives by pooling money so that we can get services at a group rate that we otherwise couldn’t afford individually — or even line items going toward educating our children so that future Americans won’t all be dumb-asses.

One of the top budget line items these days seems to be dedicated to financing police riot squads that beat up America’s protesting citizens.  Democracy at work here?  I think not.

Just today, for instance, there were protests at UC Berkeley over outrageous tuition hikes, protests on local public transit because transit cops keep shooting people, protests over the illegal lynching of Troy Davis, and protests on Wall Street about taxpayers getting raped by the banks.  http://www.smirkingchimp.com/thread/allison-kilkenny/38581/more-footage-of-occupy-wall-street-troy-davis-protest

There seems to be a new trend here.  On any one given day somewhere in America, people who are expressing their displeasure with corporatist rule are getting beaten down.

And the act of beating down all these disgruntled American citizens is getting freaking expensive!  http://www.youtube.com/watch?v=N-s0De7aTIc&feature=share

Wouldn’t it just be cheaper to go back to being the way we were in the old days — before banksters, corporatists and happy lobbyists began to openly run our country?

Plus just think of all the money we could save by not having to constantly pay out for riot gear and police overtime — if all these demonstrators and police would just sit down together and start holding hands!
****
From Alternet:  Inside the Wall Street Protests:  An Eyewitness Account of Police Crackdown on Peaceful Demonstrators:  Protesters from the week-old “occupation” in New York’s financial district were arrested, penned up, and Maced on Saturday when the NYPD showed up to their march:  ….Police sprayed peaceful protestors in the face with pepper spray, threw them to the ground and assaulted them with elbows, dragged a woman around by the hair, jumped over barricades to grab and rough up young people, and, when all was said and done, laughed to themselves triumphantly. This is exactly the sort of violence and brutality American authorities routinely condemn when perpetrated against non-violent civilians demonstrating for democracy in Middle Eastern dictatorships, even as they employ horrifying cruelty right here.
http://www.alternet.org/news/

Jane Stillwater- Imagine if George W. Bush had just told Saddam Hussein, “If you don’t immediately give me all your oil, I’m going to threaten to HOLD YOUR HAND!” Perhaps if that had happened, we would have re-written history– and all too many Americans