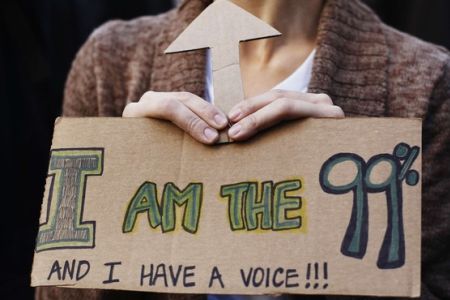 Editor’s note:  There’s been a lot of confusion about the different protests, occupations, etc. taking up here in the U.S.  W.D. Noble talks about what the Stop The Machine Protest -D.C. October 2011 is about.  It started out as an altogether different protest from the Wall St. Occupation.  It was planned beginning in the summer, in fact some of us  here at Subversify recieved quite a few notices and took their pledge to support.  However the fact that the planned purpose has evolved is an interesting thing and one that we think shows just how much Americans have been holding inside.  As W.D. likes to note, “All it takes is a Match.”  For more info on the D.C. Protest and its goals go to: http://october2011.org/

-Corrections: I learned something the other day from some of my fellow campers, and me being me, decided to pass it on.

Understand something. I didn’t come here to sightsee. I’ve been here twice before; once when I was 13; the other two years ago when I was at a conference at a Marriott somewhere in the suburbs. I was told yesterday that quite properly, where we’re staying isn’t a part of the Capitol Mall complex; Freedom Plaza was actually built sometime in the ‘80’s to commemorate Dr. King’s march. From where I stood the other day, I could see the Capitol in the distance – or more precisely, part of one wing – it’s still imposing from about eight blocks away.

From the other end of the plaza, you can see the south lawn of the White House. I got to wondering the other day what Barry was doing, and if he even paid any attention.

Also, I’ve learned that the ‘Capitol Police’ are responsible for Capitol security only; the D.C. police are the people with whom we’ve been interacting.

I hate to say it, but sometimes protesting is boring. 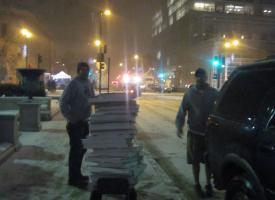 There was a pizza place which provided food yesterday – this is a great novelty for some local businesses, which are probably going to keep doing this (feeding us) until they realize that once we’re all done, most of us aren’t coming back, and the goodwill they’ve generated won’t result in any more business. There’s been enough water, but the organizing committee held a general meeting yesterday around 5:30PM to discuss ongoing logistics.

The first question was the permit, which had expired the day before. A fellow named Tim from California was running the meeting, and did a pretty good job of keeping things moving forward. Most of the protesters were pretty polite, also – letting each person speak his or her mind in turn and not hogging the microphone.

One gets the feeling that this is vastly different from other events from thirty and forty years ago; there’s been a lot which people have learned – just showing up and marching isn’t the idea here; they’re really planning this thing for the long haul, and while I’ll be gone soon, others will take my place and I’ve no doubt this thing will grow. There are more people arriving every day.

We learned yesterday that the D.C. police had actually offered to extend our permit for another four months; this was unexpected – in fact, Tim stated from the platform that the police had actually asked the committee whether being arrested was necessary for us to achieve our goals! (I wasn’t prepared to hear that; it’s as if the police wanted to cooperate with us – sounds almost surreal). They didn’t seem willing to arrest anyone unless it was what we wanted.

The committee wisely said ‘no’ to this. We discussed the permit offer – there was some question regarding adding some conditions to it – and while there’s still some question about where everyone will be staying long-term, it appears the D.C. police want us to stay put – perhaps it’s easier to keep an eye on us that way.

I attended what appeared to be an impromptu workshop on nonviolence. I wasn’t of a mind to harm anyone when I came here, but that notion was reinforced; if the cops want to pepper-spray everyone, they’ll do it, and we won’t fight back. Our goal is to call attention to what’s going on in Afghanistan and Iraq (at least, that’s why we were organized).

As to organization, this thing is taking on a life of its own. We’re not part of the ‘Occupy Wall Street’ protest, but it’s clear that a lot of those folks are here, thinking we’re the same – I see signs regarding everything here from gay-rights to jobs and the economy. While we run the risk of diluting our message – which deals with the immorality of the two wars in which we’re engaged – no one seems to mind.

There are a lot of problems in this country. With any real luck, we’ll make our voices heard.

Closing thoughts – the other day, I spoke with someone who asked a whole lot of questions; he wanted to know who I was; where I was from; what I did for a living or whether I was unemployed – I took a good look at him. He had ‘cop’ written all over his face, and in spite of the fact that he was dressed like a lot of us, it was impossible to hide the build and the demeanor – he’d spent an entire lifetime in adversarial relationships, and he knew how to handle himself. He wasn’t interested in me – he wanted information.

I’ve no doubt there are more than a few cops in this crowd. Strangely, I don’t mind.

Editor’s note:  There’s been a lot of confusion about the different protests, occupations, etc. taking up here in the U.S.  W.D. Noble talks about what the Stop The Machine Protest -D.C. October 2011 is about.  It started out as an altogether different protest from the Wall St. Occupation.  It was planned beginning in the summer, in…

Sharing A Tent In Freedom Plaza-Dispactches from D.C.