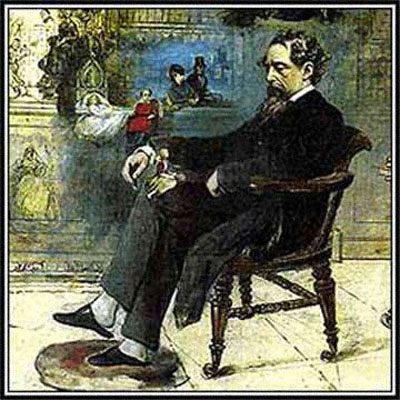 It was 1967 and I had been in London a mere six months. I doubt if anyone has ever been more homesick for Ireland than I was at that period of my life. Besides that, I always began to feel the effects of the oncoming winter at about this time of the year, it being mid-October, and 1967 was no exception.

I strongly contemplated resigning and returning home and spoke about it to some of my colleagues in the service. One in particular, older than I, seemed to understand exactly how I was feeling. “Get yourself out into the countryside, somewhere like Epping Forest, and have a good walkabout: you will soon feel better” was his advice to me…….

Having just completed a driving course at the Police Driving School at Hendon, I had managed to save enough money to buy myself a little car. When I say a ‘car’, I should in fact say ‘an old small post-office van’ which I had earlier hand-painted a bright blue with some Woolworth’s best paint. It was a good little runner and cost very little to insure and run.

So there I was, on a Friday afternoon having completed the early-turn shift, without a map to my name, I made my way out towards the forest. It was supposed to be only five or six miles from the single men’s quarters so I did not think I would have any problem. That coming from someone who regularly got lost in London – many times in full uniform – was asking for trouble. And so it came to be……

Somewhere along the route I must have taken a wrong turning for I was soon off the main road and as the sky darkened with the coming of night, I felt a little panicky. I was getting further and further into the countryside with no sign of anything that could be called a forest. There was no street lighting at that time in rural Essex and the road I found myself driving on was full of pot-holes and no road markings.

I suddenly also realised that when I came to crossroads there were no stop signs or indeed traffic lights. It was now dark and indeed also dangerous. Oddly enough, I did not see anyone – not even another vehicle or pedestrian from whom I could have asked directions. And then it happened……………….My little reliable ‘car’ let me down for the one and only time that I owned it. It gave up the ghost and no amount of coaxing would get it restarted………………………

Now if I tell you that at the Driving School I had passed my ‘practical mechanics’ with a 98% pass mark purely on the principle that I openly admitted to the examiner that I knew nothing whatsoever about mechanics. He had seemed shocked and asked me “What would you do if the car broke down”. I replied in all honestly “Get someone who knew what they were doing to fix it”. Apparently he had a great hatred for officers who thought that they were experts in the field and called my answer one of the most perfect he had ever heard.

Anyway, there I was in the middle of nowhere – and I mean nowhere – with not a clue as to where I was, with a broken down car. I panicked but decided that I would have to seek help. (Anyone who was around in that era will realise that mobile phones had not even been thought of, let alone invented, at that stage). I would have to search for a garage or public telephone box.

I saw a hill in front of me that seemed to lead to what I could just about manage to see was a small village so I headed there now in total darkness.

Suddenly – and I tell you not a word of a lie – I was almost knocked down by a man in dark flowing clothing riding a large black horse. He was traveling at a great gallop along my side of the road. As I stood there with my heart thumping at a rate that suggested that I was about to have a heart attack, another three horsemen came riding up and passed me as if in pursuit of the first man and horse. I stood there transfixed trying to figure out what was going on. Maybe they were huntsmen returning from a hunt for all I knew……………..

I continued in the direction they went and shortly saw the glimmering lights coming from the windows of a building at a crossroads. The light reminded me of my grandparents’ home in Ireland and I was sure that it was not electric light – more like gas or paraffin lamps. I continued towards the light.

As I got nearer and my eyes became accustomed to the faint light, I saw that it was coming from a pub and it had a sign which showed ‘The Maypole’. Outside to the side of the building there was something hanging from a pole. I noticed it but could not clearly make out what exactly it was. I entered through the main door only to be confronted by the most dingy, smoky and foul smelling room I have ever been in. I could barely make out the people but was convinced that there was either a film or television programme being recorded. What I could make out was that the men, for there were no women there, were wearing clothing from another age.

As I stood in the entrance, silence fell upon the crowd and all eyes were looking at me. I made my way to the bar and decided to have a drink. I asked for a pint of ale and was shocked when the barman asked me for one and a half pennies. I handed him a half-crown and he looked at it for a minute or two. He shrugged his shoulders and gave me a load of coins change. I took my drink to a nearby table and sat down. It was then that I noticed a man sitting at the other end of the table who was writing in a notepad. He looked familiar and was dressed in old fashioned clothes. He nodded to me and continued his writing…………………………

Very quickly the interest in me was over and the noise and talking restarted. A woman dressed in what I can only describe as Victorian clothes came over to our table and spoke to the gentleman sitting at the table. “Come on Charlie boy” she coaxed “let’s have a dance. Barnaby won’t mind”. She called towards the bar “You won’t mind, will you Barnaby?” and began laughing loudly at the same time.

The gentleman made no reply but merely closed up his notebook and stood up. He spoke to me in a strange accent: “Can I drop you off somewhere young man? The roads around here are not a safe place to be for a stranger”. I thought that there was no likelihood of me finding a mechanic in the area and there was no sign of a phone or phone box so I replied “If you would sir, my car is just down the hill a short way”. “Come then” he said “before Nancy makes a show of me in front of this little gallery”. He then led the way outside where I was surprised to see a small horse and carriage tied to a post.

I was getting more confused by the second and asked him “Is there a film or recording being made for television?” “No young man” he replied, apparently puzzled by my question. “Just me recording a few notes for my journal”. As he lit the side lamps on the carriage, the light flickered and lit up the area where we stood. It was then that I noticed the object hanging from the pole that I had seen earlier………….

I swear to God, it was a ‘gibbet’. I had seen one in Madame Tussaud’s chamber of horrorsand I can assure you that I was not mistaken. There were parts of a skeleton hanging from it. I could not speak. The gentleman appeared to notice that I was shocked and merely nodded towards it and said “Poor unfortunate…………..one of life’s forgotten. Stole a sheep not a month ago –better off dead I suppose”.

As we rode down the hill I could see my little car in the distance. As we neared it, I asked him to stop. He sat with a look of amazement on his face as he stared at the car. He began to stutter but I merely thanked him for the lift and got into the car. I said a quick prayer that the engine would start first time and lo and behold, so it did. As I switched on the lights suddenly the gentleman and his horse and carriage disappeared…………………………

I drove up to the crossroads by the pub and turned left. As I drove along the road it appeared to get better and within minutes I was in quite a busy area which much to my surprise had normal street lighting. The people were dressed in normal clothing and when I stopped and asked directions from a young man he pointed me in the direction of ‘home’. I arrived safely none the worse for my strange, indeed weird, experience.

The strangest thing about these memories is that I now pass the Maypole pub regularly. A couple of years ago whilst having a drink there, I saw an old painting of it in the mid 1800’s with a note about the history of the pub through the ages. The painting was as I remembered it from that strange night. Stranger still is the fact that the strange gentleman was identical to a small photograph of Charles Dickens on display in the bar area. It appears that he used to frequent the premises and in fact wrote some of his novels there. The barman of that era was indeed Barnaby Rudge and Dickens wrote a story by that title between February 1841 and November 1841.
As for the ‘gibbet’ – it was not uncommon for the bodies of murderers and especially highwaymen (of which there were many in Essex), to be displayed in such a way after hanging………………………….

A final thought has just occurred to me: As I near my seventieth birthday do I just imagine these memories of a long time ago or is it that we are nearing Halloween when such creepy stories have a greater bearing than at ‘normal times’………….
————————–

Mike- I was almost knocked down by a man in dark flowing clothing riding a large black horse. He was traveling at a great gallop along my side of the road. As I stood there, another three horsemen came riding up and passed me as if in pursuit of the

A Stalk in the Park

Tales of the Black Flag – Blood and Flowers