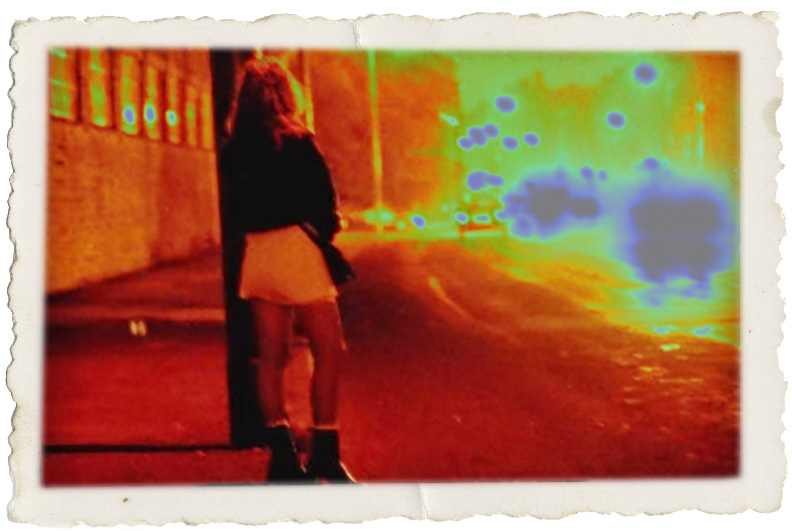 [Note: I apologize to all those who read and comment on my articles for my absence and lack of interaction. At the moment, I am experiencing many challenges, one being helping a dear friend through an illness.]

First a little sidetrack about last week’s post about applied nonviolence as a way of life, illustrated through examples of my own (very violent) life experiences. As I noted in that article, one cannot speak of nonviolence as a force for social change without mentioning Gandhi. One of the first responses to that article was an accusation of Gandhi as a racist, among other things. I am well aware of the paradoxes and contradictions of Gandhi’s life, and of the allegations. Any honest investigation into these allegations leads to a sources with explicit intentions to find fault (as in Singh’s take) and, more importantly, that take specifics of the man’s life out of context, in the process extrapolating all kinds of evils.

It’s similar to the conservatives attempt to rewrite the Rev. Martin Luther King’s (MLK) message. There’s that line they love to throw out: “I have a dream that my four little children will one day live in a nation where they will not be judged by the color of their skin but by the content of their character.” Most conservatives take that line out of context to paint MLK as some neoconservative race-blind loon. The fact of the matter is that MLK is on record for affirmative action policies; he’s on record for restitution for slavery. What he was trying to say was the he looked forward to the day where the forces of systemic racism didn’t dominate, but until then, damn if we’re not going to need safeguards.

In much the same way, the Gandhi naysayers take certain words out of context in some cases, and in other cases, use specific examples to generalize about his life, his ideas, and actions. Was he a racist? His ideas continually evolved throughout his life, and it was his experiences as a person of color that awakened him to the evils of apartheid and racism. So his early stance on the issues in South Africa were ill-conceived and uniformed, but they changed. Was he operated on his appendix though he was against modern medicine? Yes, this is true, but this was done when he was gravely ill and the hosts forced the issue. There’s nothing that’s even remotely true about his alleged having sex with minors — at least I haven’t seen any evidence, even from his wildest detractors. There’s no evidence of his being a bisexual (and if he was?) .Was he for the caste system? No, he saw the Untouchables, for example, as his children and they were welcomed and treated at his temple.

The fact is that Gandhi was neither a saint nor a devil, and this is important. But here’s the real shit (and this is what matters most): he did lead the most populated colony in the world to independence without firing a single motherfuckin’ bullet, and without preaching hate and revenge. I like his principle of Satyagraha or “truth force,” not because Gandhi was a God or saint or whatever-the-fuck projection you labor under. I live it to the best of my ability because it is a practical, evolved path to goodness; because it works and has worked in my life even under the most difficult of situations. I don’t believe in deifying anyone, but I do admire a good idea.

But that’s just me.

Gandhi was ready to give his life for his principles, and he did — was assassinated by religious fundamentalists who hated what he symbolized.

Finally, as hard as I worked on that article, and as much passion and reason I attempted to inject into it, one comment made the case for nonviolence in ways I could never hope to equal: it was the admission of a pro-violence commenter that he slept with his weapons of choice. If that isn’t a clear refutation of the pathology of the violent mindset, I don’t know what is…

Now, to the issue at hand. Last week’s article was in no way meant to be a far-ranging treatment of the issue. Indeed, that would take a book. It was suggested to me, however, that I should attempt to delve a little deeper and I think I should, because we’re in the grip of a global epidemic of violence — it touches all aspects of our lives, from the way we view crime and punishment, the way we distribute economic benefits, and the way we interact as individuals and as part of a society.

Last night, as I reeled from the gut punch of the unjust, racist Troy Davis execution, I chanced upon the following from one of my Facebook contacts named Charity:

I speak with authority on this topic. I am the mother of a murderer, the mother of a murder victim, and the daughter of a murdered father. I have survived a lifetime of murder; I have been on both sides of the crime scene tape. I have never seen murder bring anything but pain into the world. There is no such thing as closure for the victims’ families. There has been no justice carried out tonight. The only thing that has happened in Georgia is more murder. This, my friends, will only produce more pain. There may come a day when the real killer is caught and where will that leave the family of the victim? Where will this leave the family of Troy Davis? They will be left to live with pain… pain, pain, and more unexplainable pain. It is time to fight for justice, time to fight for humanity. It is time to use empathy, compassion, and love. It is time to stop the murders…

I always jokingly point out to my “radical” pro-violent friends, that they’re merely acting out their own repressed Old Testament conditioning. You, know: an eye for an eye and all that stupid shit that leaves us all blind. Whatever your take on the death penalty, what happened last night to Troy Davis was a miscarriage of justice.

Charity’s powerful message reminded me of an old friend I did some work with many years ago. It was during a community meeting where I was getting beat up by the residents for trying to renovate an abandoned property for a home for (non-violent) people returning to their community from prison. Resident after resident came up to the podium to just whale away at me. I was seriously demoralized that night. Then a young man came up to me and whispered, “Let me say something.” Resigned to the fact that the night was lost, I thought to myself that things couldn’t get worse, and handed the young man the microphone…

And what that man shared that night changed my life. It certainly had an effect on the people in that room. You see, this person had lost the most important person in his life to a brutal, cruel, senseless act of violence. His grandmother, who had raised him, died during a botched robbery. The two men who killed her weren’t even of voting age. Somehow, this man was able to move beyond the very real impulse for retribution and eventually was able to first meet with, and eventually forgive, the men responsible for taking away — for brutalizing — that which he held most dear. His act changed not just his life, but the lives of the men who took so much away from him. In a very real way, his dedication to nonviolence has an impact on almost everyone he meets — to this day.

I realize we live in a society in which vengeance and retribution — two of the more subtle forms of violence — is the norm. And I have to be honest and state that my first impulse, if anyone would harm a loved one, would be to retaliate with even more brutal violence. This is the truth. I know there’s hate in my heart. I know what it feels like to inflict violence on someone who has wronged me and I can tell you right here, right now: it’s not all it’s cranked up to be. Vengeance is hollow, without meaning, and it is ultimately unfulfilling. In fact, it erodes your humanity. It’s like a hit of heroin that fades away, leaving you with the need for more… and more. Vengeance, retribution, “payback,” or violence as social policy is like watching pornography1. It has a formulaic set of rituals or acts, and always has the same predictable ending…

What happened to Troy Davis last night was the final consequence of a series of actions that were incubated within a certain framework. Violence, difficult as it is to define, is not something that can be isolated from its context. Violence is performed. The public hysteria and insecurity around crime (real and imagined) that makes possible state-sanctioned murder features several characteristics that closely resemble the pornographic genre.

First, there’s the initial sturm and drang over law and order. Criminal justice or issues of law and order is conceived and carried out not so much for its own sake as for the express purpose of being exhibited and being seen, scrutinized, ogled: the absolute intention is to put on a “show,” in the literal sense of the word. In this way, words and deeds claiming to be about fighting crime and various “urban pathologies” must be methodically staged, exaggerated, dramatized, even fetishsized. This explains why, much like the posed pseudo-sexual entanglements that consume pornographic films, they are extraordinary only in their repetitiveness, their mechanical, uniform, and predictable depictions.

In this way, the social institutions responsible for implementing law enforcement policies extol the anti-crime measures in the subway or the same inner-city block; they slip into photo op pictures of the huge confiscations of the drug war (even our language for social change is riddled with violent metaphors); they come down hard on teenage scofflaws, bums, repeat offenders, street prostitutes, and the assorted flotsam and jetsam of society’s discarded and unforgiven. Everywhere society is found to be in a lustful froth. Everywhere is heard the praise for racial profiling, the curtailing of rights, and the mass incarceration of mostly people of color; the determined heedless push to build more prisons at a cost of billions of dollars.

This is the performance of violence. Social policy arising from a society rooted in violence is pornographically violent. Violence communicates and every act of violence is more than the physical force involved. Just like the execution of Mr. Davis was more than the act of an injection. Violent deeds are embedded in elaborate rituals and enactments — performances. Violence is at the same time brutal and grim and yet theatrical and spectacular. Violence is both self-creating and self-denying, enacted by, and on, particularly situated actors. In order to transcend violence, we have to understand its meaning and significance. And this, I believe, calls for an attention to rituals and to enactments as well as displays of force. I hope to lift the curtain on this and more in the coming weeks. One last thing: I am not surprised at the ideological fundamentalism that greeted my first article on the possibility of creating a non-violent society. There are people who will never be swayed by reason or passion. My aim is not to convert anyone or to disabuse them of their violent tendencies. My aim is, at the least, to help facilitate the process where rethinking violence, or reconceptualizing it, can become a possibility.

Eddie SantoPrieto- Whatever your take on the death penalty, what happened to Troy Davis was wrong, and an example of violent response at its worst.

Dragon Tales-Why What We Believe About China Is Wrong