The Dangers of Pacifism 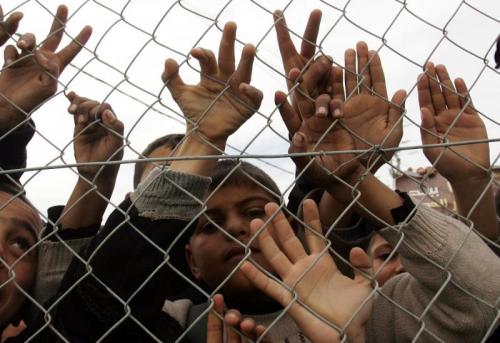 I just want to be clear that this not an attack on anyone’s personal character – rather this essay is intended to point out the dangerous flaws of a deceptively poisonous ideology that has seeped into the hearts and minds of dissidents everywhere and keeps them from achieving their full potential.  I am referring to the notion of peaceful resistance to an oppressive power at any cost: the idea that the use of force against repressive establishments is something to be avoided regardless of the consequences – for in this mindset the moment one uses force to resist force one becomes like the oppressor.

Of course, the core arguments for this ideology are weak and easily discredited if one takes them to their logical conclusions – for they are based on assumptions that are irrational and completely unnatural.  The only way that a belief system such as this can possibly survive is if the competition perceives no substantial threat from it, or even used by the powers that be as a means to misdirect the anger of dissidents that would otherwise mobilize for an actual conflict with the establishment.

Let us now look at some of these core arguments…

1.    Violence only begets violence: While I won’t deny that sporadic, senseless acts of violence do tend to simply perpetuate themselves ad infinitum this is not always true – in fact, violence used in a clear and decisive manner can actually result in the termination of conflict.  For example, should a psychopath come to one’s house and attempt to kill the occupants and the occupants kill the psychopath the conflict immediately ends: there will be no retribution taken upon anyone here as a result of the violence committed by the occupants – thus no opportunity for violence to beget violence as a result of the incident.

Furthermore, violence has numerous other results as well – for example, when violence is used as a tool of repression it can yield submission from a defeated party, wealth for the conqueror and fear instilled within the hearts of would-be dissenters.  But when used as a tool of resistance to oppression it can result in the weakened resolved of the oppressive force, repossess stolen wealth through expropriation of enemy goods and raise the spirits of dissidents via propaganda of the deed.  In short, the tool is repeatedly used throughout history because it works: the results of the use of this tool depend entirely upon the ability and intent of the user – nothing more.

2.    Violence is unnatural:  Even a cursory glance at nature is enough to debunk this one – one need go no further than look at the relationship between the predator and prey to see that it’s actually quite natural.  But it does not stop there: various animals have been known to engage if forms of ritual combat to compete for mates (such as the rutting of the deer or big-horned sheep), form into offensive or defensive units to contest territory (two prides of lions or packs of chimps contesting hunting and foraging land) or even forming into nomadic raiding tribes that completely demolish anything in their paths (like a traveling colony of army ants – which are notorious for laying waste to other ant colonies and even ganging up on larger animals sometimes).

In other words, violence is a natural behavior.

3.    The use of violence is always “wrong:”  As one who doesn’t believe in such concepts as “morality” to be anything more than social conventions, I’m compelled to ask “’wrong’ according to whom?”  Why is it “wrong” to ever utilize violent methods of accomplishing goals?  Consider that there are many social yardsticks used to measure the utility of violent behavior and that there have been many standards set concerning its use – ranging from the complete prohibition of violence (ex. Gandhi and his followers) to violence being the first and only means of achieving an end (ex. The Khmer Rouge) and everywhere in between (note: it is my opinion that both ends of the spectrum are unhealthy in their own ways – there needs to be a balance struck somewhere for a society to function properly).

Of course, I never get a clear and consistent answer to this question – answers range from divine mandate (“god” says “thou shalt not kill”) to utilitarian notions of the “greatest good” (use of violence creates unhappiness, therefore violence is “wrong”) to all sorts of mystical ideas about the loss of one soul diminishing the rest of humanity and affecting karma and other such nonsense. 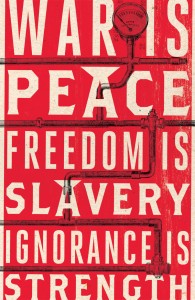 Since I don’t believe that such notions as “god,” souls or karma are anything more than a means of social control and considering that the acceptance of the existence of such things is a matter of faith, not evidence, I can safely ignore them altogether – as Hitchens once said, “that which is asserted without evidence can be dismissed without evidence.”  This leaves the utilitarian argument as the only serious competitor in the proverbial marketplace of ideas: that violence impedes upon the “greatest good” (i.e. the greatest happiness for the greatest number) by creating unhappiness – therefore violence is “wrong.”

However, such pacifism based on utilitarianism runs into conflict with itself when situations arise in which violence can prove to be a useful tool in bringing about happiness or preventing unhappiness – for example, using force to dismantle an abusive power structure that exploits the common people for labor and resources can result in the immediate removal of a constant source of unhappiness, which in turn sets the stage for new societies to arise that can focus on the maximization of individual happiness.  If violent action leads to increased happiness/decreased unhappiness, said action is “good” by definition because it works towards the “greatest good” it defines at the outset (note: utilitarianism is a philosophy that favors outcomes over rules, so invoking the deontological “violence is just ‘wrong’ – period” approach here only serves to create further intellectual inconsistencies).

4.    Violence is a coward’s tool:  This is usually an argument invoked when all others fail – if one cannot discredit the effectiveness or ethical validity of the use of force, a last–ditch effort to make the use of force look like a shameful act of fear is made.

I dare them to tell that to such folks as Che Guevara, the various members of the Vietcong or anyone involved in any other guerrilla resistance movement against a force that possesses superior numbers and firepower – if this statement is true, than people who take on long odds of defeating a superior foe in a prolonged conflict at risk of their own life, limb and liberty are “cowards” simply because they exercise force.  No objective, rational person would deem such individuals as “cowards” as that would be ludicrous.

So, if the arguments for pacifism are fundamentally flawed (or at least are based on gross oversimplifications of complex natural/social phenomena) why does this ideology persist?  What allows it to take root in the minds of people who are generally rational in their approach to complex situations?

The answer: propaganda.  In our modern society conflict has become a “bad” thing because it hinders order imposed by the state – primarily due to the fact that the use of force to rectify ongoing exploitation by the establishment has been demonized by the state-run education system: young minds are molded into believing that the presently accepted outlets for dissent are sufficient to change social policy whilst any means used to undermine the state are forbidden – that only authority has the “right” to use force to punish those it calls “criminals” or other dissidents.

As the students age, the education system presents them with a skewed version of history and biases the student towards passiveness – the violence of the state is presented in heroic terms whilst violence used by non-state actors (oft referred to as “terrorists”)  is condemned, the deeds of pacifists such as Gandhi and MLK (overrated men in my opinion…) are exalted whilst those of Bagha Jatin, Malcolm X and other revolutionaries are downplayed, ignored or else reviled and the student is indoctrinated into looking at the world through a lens that is Manichean in nature (peace is “good,” regardless of the price – force is “bad” unless used by the state to “preserve peace”).  Considering this kind of indoctrination it’s no wonder so many people who would otherwise seek to overthrow the establishment by any means necessary turn to pacifism: they are truly convinced that they can reason with the state – that a monopoly on force gives a fuck about what they think and can be reformed!

But this is exactly what the state wants – a docile public that won’t take any action that will pose a serious threat to it.  Thus the reason peaceful, non-violent institutions of change (in theory, at least) are promoted: if the state can’t condition people to be mindless worker bees (the model citizens of modern society), they instead condition them with a false sense of empowerment – convince dissidents who would otherwise be up in arms against it that the state cares about their protest marches, petitions and votes at the ballot box.  People preoccupied with meaningless forms of resistance pose no threat to the ruling monopoly on force; and this, my friends, is the reason why pacifism is a socio-political poison.

In conclusion, the ideology of pacifism is one of powerlessness – in theory it is hopelessly flawed and in practice it renders individuals brimming with revolutionary potential impotent.  I’m not implying the use of force is the end-all-be-all to our social crisis, but it is a key tool for any revolutionary movement: to rob a movement of this ability is to effectively neuter resistance to the established powers – protest marches, petitions and other public forms of dissent make nice symbols to rally behind, but they have no teeth and pose no real threat to power (hence the reason there’s no serious move to ban them).

I implore all who read this to awaken from their slumber and see the world as it is – that the beast that presently controls it will not be reasoned with and cannot be opposed in any significant way through peaceful means.  I ask you: is the way of pacifism so dear that it is to be followed at the price of accepting the chains of state rule?  My answer is that peace is not so dear as to be purchased at the price of slavery – what say you?

Azazel- The violence of the state is presented in heroic terms whilst violence used by non-state actors (oft referred to as “terrorists”) is condemned, the deeds of pacifists such as Gandhi and MLK (overrated men in my opinion) are exalted whilst those of

Dragon Tales-Why What We Believe About China Is Wrong