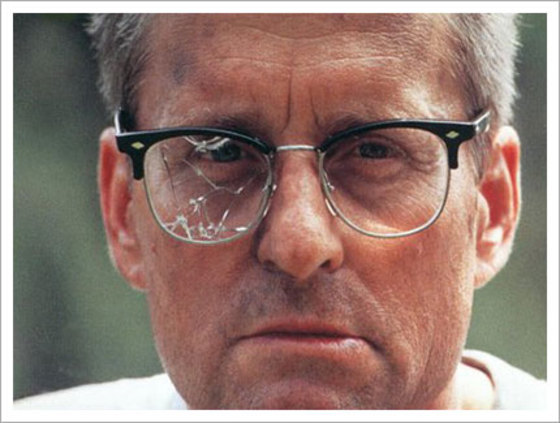 Society cannot exist unless a controlling power upon will and appetite be placed somewhere, and the less of it there is within, the more there must be without… men of intemperate minds cannot be free. Their passions forge their fetters

Intelligent men and women assure me that reasonable conservatives capable of logic and reason exist, therefore it will be the only point I will cede on their behalf. I’m told by good sources that republicans were once conservatives — a political philosophy which literally encompasses the notion of conservation. Those Republicans wanted to conserve important things — like the public infrastructure, the rule of law, public education, and even our environment. During the last 30-40 years, though, like parasitic degenerates, the GOP has systematically dumped these classic conservatives from office, replacing them with right-wing, laissez-faire parasites. Or so I’m told… I have grave misgivings about this characterization of conservatives past.

Nonetheless, the neoconservative movement, which blossomed during the Reagan years, is an example of conservative ideals taken to their (logical) extreme. Furthermore, neoconservatism grew out of racist and classist ideological strategy (Kalk, 2001). Contemporary conservatism ignited and thrived on the flames of racism — the backdraft of disaffected white Americans caught in the grips of a mass cognitive dissonance in the aftermath of the meager gains of the Civil Rights movement (Carter, 1995).

In the coming posts, I will make a case for my contention that ideological conservatism (and to a similar extent, libertarianism) and racism are, and always have been, equivalent in the United States. Conservative ideas — from John Locke to Edmund Burke to William F. Buckley Jr. — and the responses to the rise (and decline) of the civil rights movement and the ascendancy of the conservative movement in 1980 clearly shows this is true. Today, I want to set the table a little by looking into the conservative mindset, the motivational, cognitive, and historical forces that undergird it as a worldview.

Sir Edmund Burke, a noble, promoted the worldview that informs many of today’s conservatives: That people are essentially evil and need a strong controlling force to prevent them from acting out their evil nature (that is, unless you’re rich). Such a force, continued Burke, should most appropriately come from those have inherited wealth or lawfully obtained wealth, religious, or political power. In addition, Burke believed that a permanent underclass with little power and a permanent power elite with great power would produce the greatest social good because it will ensure social stability (Burke & Clark, 2001). While it is true that some conservatives aim to conserve some good things, more than anything, conservatives want to conserve the status quo.

My observation is that no one is fully conservative or liberal. We tend to fluctuate according to different situations. However, conservatism comes from somewhere — it is founded on a certain worldview encompassing notions of the origins of human nature that are like strands that link conservative ideology throughout history. What follows is an attempt to peek behind the curtain.

In 2003, a group of researchers published a paper in a peer-reviewed journal (Jost, Glaser, Kruglanski, & Sulloway, 2003 ) that caused an immediate shit storm. Because some government grants were involved in funding the research, conservatives, who at the time controlled all branches of the US government, took an immediate and unfriendly “interest” in the paper. It would seem that they did not particularly care for the results of the research, and threats were made about preventing further “waste of government money” to fund research into the conservative mindset.

[Note: The two papers (one being a response to a critique) are posted on the internet: click here and here to access PDF versions]

The study was “biased” against conservatives, they insisted! As usual, right-wingers went into their feces-flinging act, outraged that anyone would dare quantify the obvious and actually show they are an emotionally unstable group.

Well, it’s not as if we didn’t suspect all along that something was wrong with the likes of Dick Cheney, Glenn Beck, Lush Rimbaugh, that Michelle Bachmann twat, Rick Perry and the rest of the Flock of Fools.

The study, funded jointly by the National Science Foundation (NSF), and National Institute of Mental Health (NIMH) at the National Institute of Health (NIH), examined a mindset that the authors were polite enough to refer to as political conservatism. What they were really studying were the right-wing wackos who had taken over the GOP and in the process threatening to turn America into a third-rate fascist state (stuff like torture, shredding of the Constitution, spying on US citizens, etc.).

Sensing that their study might cause a slight discomfort among the more sensitive of our conservative brethren (really: they lit up like rabid chimps going ape on innocent, unsuspecting neighbors) went to great lengths to reassure one and all that they weren’t calling right wingers a bunch of psychotic, destructive nuts. Obviously, they weren’t studying the right-wingers we see most often on the internets. Essentially, the researchers culled through 50 years of research literature on the psychology of conservatism and reported that at the core of political conservatism is resistance to change and a tolerance for inequality, and that some of the common psychological factors linked to political conservatism include:

The authors wrote, “Our first assumption, too, is that conservative ideologies — like virtually all other belief systems — are adopted in part because they satisfy some psychological needs. This does not mean that conservatism is pathological or that conservative beliefs are necessarily false, irrational, or unprincipled.”

Still, that didn’t stop right-wingers from losing their minds and screaming for the scalps of the researchers. Right-wing radio hosts howled and frothed at the mouth, demanding an immediate investigation into the funding streams, and they were accused, with no regard to rhyme or reason, of being anti-American (and anti-Christian and probably for gay rights, killing babies, and gun control to boot).

OK, let’s try to forget blowhards like Limbaugh, Bachmann, and Perry for a moment. Sure, there are conservatives who aren’t sadistic amoral sociopaths. Shit, in real life, I know some. I even have conservative friends, although I did warn my sister not to marry my former brother-in-law.

On a serious note, what the researchers were looking at were what could be termed “political fundamentalists.” They tend to be reactionary, paranoid, authoritarian, intolerant, and contemptuous of rules that don’t suit them. While there are left-wing examples, the authors found that they generally gravitate toward fascism and call it conservatism, even though it’s usually better described as radical reactionaries. In any case, the researchers found that left-wingers are less likely to exhibit these traits (Jost, Glaser, Kruglanski, & Sulloway, 2003). Their work builds on over 50 years of previous research and subsequent research continues to validate their findings (Federico & Sidanius, 2002; Sidanius, Pratto, & Bobo, 1996; Zavala & Bergh, 2007)

The authors define the two core principles of conservatism as resistance to change, and acceptance of social inequality. Conservatives, they argue, cling tightly to a status quo (“traditional values”), real or imagined, and regard society as hierarchical. Not unsurprisingly, they tend to believe they have inherited and/or merited preferential positions in this hierarchy.

The authors address what they call the “conservative paradox” of radical reactionarism (e.g., Hitler, Mussolini) by pointing out that their calls for extreme inequality in the social order were superimposed with promises to lead the country back to an ideal past, one in which “traditional” values and morality reigned. It occurs to me that our present-day right-wing reactionaries continuously evoke a traditional America that never existed: where everyone was a god-fearing generic protestant, people with accents lived in the poor part of town and never bothered folks except to mow their lawn, and women and blacks knew their place. The code for this mythic utopian America is embedded in the current caterwauling from teabaggers who want to take their country back.

This goes with what I believe is a hallmark of the fundamentalist mindset: the ability to subsume a philosophy to suit personal needs. In Christianity and Islam, for example, you have religions that place high premiums on respect for fellow humans, peace, and personal integrity. Yet fundamentalists are frequently the most violent, dishonest, and intolerant people around. Furthermore, they often use their religion to rationalize their repulsive behavior. In conservatism, you see people who champion the Bill of Rights, “small government,” and a laissez faire approach to economics, while loudly cheering for a gross militarism and tax structures that have been shown to benefit only the richest five percent of the population.

This emotional and intellectual contradiction is how conservatives are able to condemn what they perceive as dishonest and immoral behavior on the part of people of color (“welfare queens”), and completely ignore the fact that the vast majority of government handouts go to the richest one percent. It’s how conservatives can damn Democrats (who are, for the most part, Eisenhower-type conservatives) as being fiscally irresponsible even while they ignored Bush’s disastrous conservative fiscal (laissez faire) policies that drove the global economy to an economic collapse the likes of which has never been seen.

One of the more interesting issues studied in the paper is “The Theory of RWA,” in which the authors consider the Authoritarian Personality. They state, “harsh parenting styles brought on by economic hardship led entire generations to repress hostility toward authority figures and to replace it with an exaggerated deference and idealization of authority and tendencies to blame society scapegoats and punish deviants.”

Angry, repressed, passive-aggressive, with an overwhelming desire to punish those who don’t conform.

This may not stop people from growing up to be right-wingers. Perhaps people can no more choose to be conservative than they can choose their sexual orientation. But hey, you can’t say I didn’t try.

Carter, D. T. (1995). The politics of rage: George Wallace, the origins of the new conservatism, and the transformation of American politics. New York: Simon and Schuster.

Eddie SantoPrieto- Essentially, the researchers culled through 50 years of research literature on the psychology of conservatism and reported that at the core of