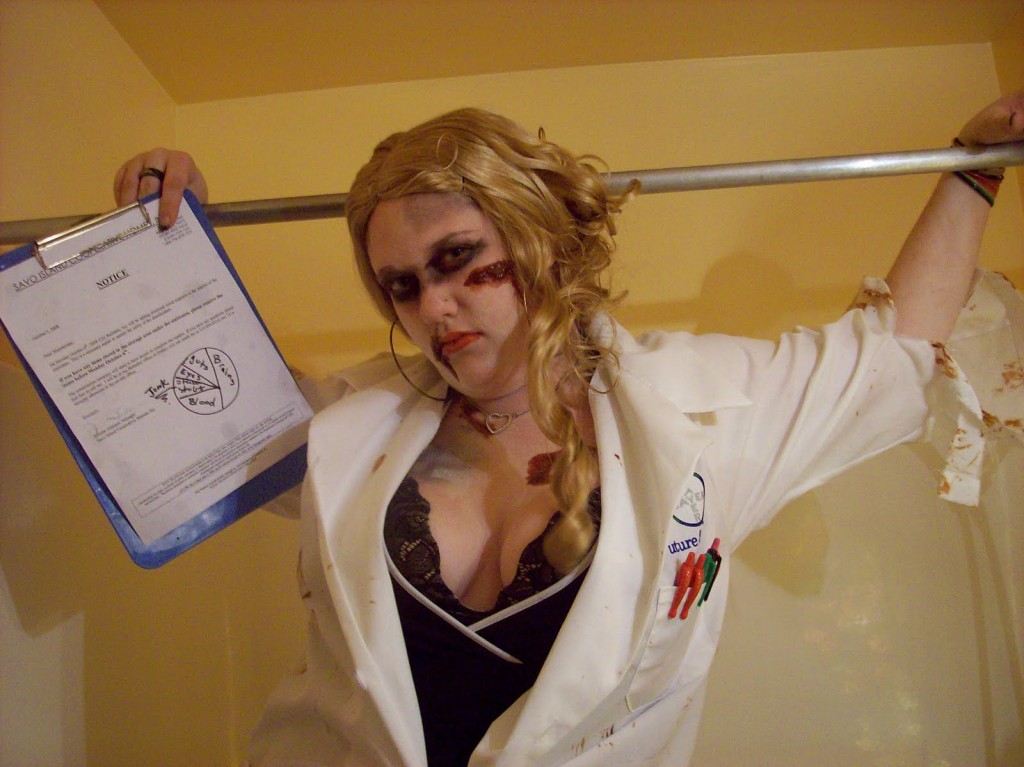 Hmmm.  Is it true that America’s Central Intelligence Agency pretty much invented, trained and funded al-Qaeda back in the days of Charlie Wilson’s secret war on Afghanistan?  Or is that just another urban legend?

According to BBC News, “…Bin Laden left Saudi Arabia in 1979 to fight against the Soviet invasion of Afghanistan.  The Afghan jihad was backed with American dollars and had the blessing of the governments of Saudi Arabia and Pakistan.  [bin Laden] received security training from the CIA itself.”  http://news.bbc.co.uk/1/hi/world/south_asia/155236.stm.  And apparently Bin Laden received approximately three billion dollars in venture capital start-up funds from the CIA.

How come the CIA never gave three billion dollars to me?  Ain’t I more deserving and lovable than OBL?  Humph.

Is it really true that there was NO al-Qaeda in Iraq until good old Shock and Awe gave birth to it — as a deadly branch off the CIA-created al-Qaeda tree?  Or is that just another urban legend? 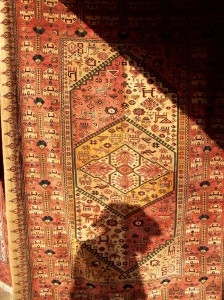 According to Reuters, the CIA recently stated that as of June 2011 there are currently still 1,000 al-Qaeda operatives now in Iraq — even after eight long years of deadly warfare, possibly a million people killed and over a trillion dollars spent. http://in.reuters.com/article/2011/06/09/idINIndia-57605920110609

But how many al-Qaeda operatives were there in Iraq before Shock and Awe and the CIA and Paul Bremer worked their magic?  There were ZERO al-Qaeda operatives in Iraq before 2003, according to recent Pentagon reports released to CNN.  Zero, zilch, nada.  http://articles.cnn.com/2008-03-13/us/alqaeda.saddam_1_qaeda-targets-of-iraqi-state-iraqi-state-terror-operations?_s=PM:US  We spent over a trillion dollars to put al-Qaeda into Iraq?  Why that’s approximately three million per operative!  Good job, CIA.

Then last spring Americans started hearing rumors that the “rebels” in Libya were not only CIA-created but also comprised of Al-Qaeda-connected operatives as well.  Or is that just another urban legend too?

According to a recent article in Global Research, “Some 1500 jihadists from Afghanistan trained by the CIA were dispatched to fight with the ‘pro-democracy’ rebels under the helm of ‘former’ Libya Islamic Fighting Group (LIFG) Commander  Abdel Hakim  Belhadj.”  http://www.globalresearch.ca/index.php?context=va&aid=26351

According to Pepe Escobar of the Asian Times, Abdel Hakim  Belhadj is a known al-Qaeda asset.  http://www.youtube.com/watch?v=cs0DPb8d-Yg

And now we are getting intimations that the CIA and al-Qaeda are working together in Syria too.  According to Global Research, ibid., “The Libyan model of rebel forces integrated by the Islamic brigades together with NATO special forces is slated to be applied in Syria, where Islamist fighters supported by Western and Israeli intelligence have already been deployed.”  The CIA and al-Qaeda are now bonding in Syria too?  Or perhaps that is just another urban legend?

We have also been told that al-Qaeda was responsible for the the destruction of the World Trade Center on September 11, 2001.  Or is that another urban legend as well.

According to an FBI wanted poster, OBL has never been sought in connection with the bombing of the World Trade Center http://www.fbi.gov/wanted/topten/usama-bin-laden.  And Osama himself denied any connection to this terrible disaster until four years after the fact, perhaps hoping to buzz up his sagging terrorist image in the press?  So that he wouldn’t have to just sit all alone in his lonely hidey-hole in Abbottabad, watching past promo triumphs of himself from back in the day.

According to an interview with al-Qaeda’s top guy dated September 28, 2001, OBL had stated, “I have already said that I am not involved in the 11 September attacks in the United States.  As a Muslim, I try my best to avoid telling a lie.  I had no knowledge of these attacks, nor do I consider the killing of innocent women, children and other humans as an appreciable act.”   http://911review.com/articles/usamah/khilafah.html

Are we actually supposed to believe Osama?  Hell no.  But that’s what he said.  And if al-Qaeda really was responsible for 9-11, you would at least expect them to be doing a chicken dance.  And you would definitely expect an apology from the CIA for being a parent to these nasty kids.

But let’s assume that al-Qaeda was responsible for 9-11 (and not Dick Cheney — who actually did have means, motive and opportunity).  If so, then the CIA is still on the hook.

According to an article from ThinkProgress.org, “Former Clinton and Bush White House top counter-terrorism adviser Richard Clarke alleges in an interview for a radio documentary commemorating the 10th anniversary of the 9/11 attacks that then-CIA director George Tenet and other top CIA officials withheld intelligence on two al Qaeda operatives living in the United States that ended up taking part in the attacks.”  http://thinkprogress.org/security/2011/08/12/294748/clarke-cia-withheld-intel-cover-up/ 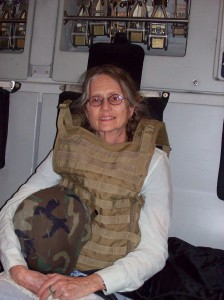 In honor of the sad tenth anniversary of 9-11, as patriotic America citizens who love our country and resent like Hell having had it attacked — in light of these circumstances, do we not OWE it to ourselves and our fallen fellow citizens to freaking investigate and AUDIT the CIA — and its alleged incestuous relations with al-Qaeda, aka The Bad Guys?

Isn’t that the least we can do?

Or was 9-11 just another urban legend as well?

PS:  And what would be the CIA’s motivation for lying down with dogs and getting up with fleas all these times (at the cost of millions of lives, including many of our own)?  Here are two clues:

Today’s quote from my Franklin Planner sez, “There’s enough in the world for everyone’s need, but not enough for everyone’s greed.”  Greed.  Greed appears to be the top motivator for the CIA — not love of country.

And here’s a headline from an article by Pulitzer Prize winning journalist Chris Hedges that pretty much spells out the CIA’s “modus operandi” in black and white (or at least in pixels):  “America to the World:  We want Everything — If You Stand in the Way we’ll Kill You.”  http://www.alternet.org/story/152304/america_to_the_world%3A_we_want_everything_–_if_you_stand_in_the_way_we%27ll_kill_you?page=entire

Actually it’s not we Americans who are saying that.  99.9% of us don’t in any way benefit from any of this pillaging and killing.  Only corporatists benefit — corporatists and their enforcer, the CIA.  The rest of us appear to be merely zombies, cats-paws, victims and suckers.  http://www.cracked.com/article_19402_6-mind-blowing-ways-zombies-vampires-explain-america_p2.html

****
The GOP War on Voting:  As the nation gears up for the 2012 presidential election, Republican officials have launched an unprecedented, centrally coordinated campaign to suppress the elements of the Democratic vote that elected Barack Obama in 2008. Just as Dixiecrats once used poll taxes and literacy tests to bar black Southerners from voting, a new crop of GOP governors and state legislators has passed a series of seemingly disconnected measures that could prevent millions of students, minorities, immigrants, ex-convicts and the elderly from casting ballots….  In a systematic campaign orchestrated by the American Legislative Exchange Council — and funded in part by David and Charles Koch, the billionaire brothers who bankrolled the Tea Party —  38 states introduced legislation this year designed to impede voters at every step of the electoral process.   http://www.democraticgovernors.org/news/articles?id=0550
****

I just got my Notary Public commission!

Need a Notary Public? Have seal, will travel. E-mail me at jpstillwater@yahoo.com and I’ll stamp your document, make it official and only charge $10. Of course if you live outside of Berkeley, I may have to charge travel expenses — but am well worth it!

Jane Stillwater: Is it really true there was NO al-Qaeda in Iraq until good old Shock and Awe gave birth to it — as a deadly branch off the CIA-created al-Quada tree? Or is that just another urban legend?