I was, recently in a meeting to plan some festive activities for the kids in my neighborhood to celebrate Halloween. I was not surprised to hear a few of the mums and grandmums stating that they wished they could get rid of Halloween altogether. Halloween they stated was inherently evil and satanic. They went on to further discourse on how terrible it was to see young girls dressed up as devils and “Oh my, the vampires!”

It made me a little sad to hear this. Halloween has always been my favorite holiday. For one thing, it is one of the only holidays that doesn’t carry with it a load of expectations. Nobody has to buy gifts or spend time with families whether they want to or not. You don’t even have to buy treats for the trick or treaters if you don’t want to. In fact those ladies who don’t like Halloween can opt out entirely if they want and nobody would call them a Grinch over it.

Unless you live in Mexico, that is. On the Day of the Dead in traditional Mexico, grinching receives a very high disapproval rating. This is the day the children of the poor dress up in spook costumes and go through the streets, rattling dead tree branches and carrying a tin cup for receiving coin. Those extra coins help out the family as they enter the months of winter’s cold and not so plentiful bounty. If you want to be blessed by the departed ancestral spirits attempting to guide your life, it’s better to demonstrate a little generosity to the poor. 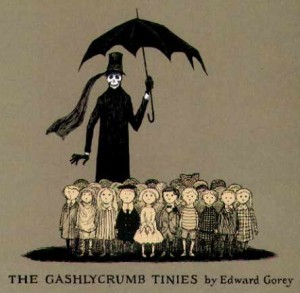 Another reason I love Halloween so much is because of the dress up and merry pranking. It’s fun to play pretend, even as an adult. Maybe especially as an adult. Putting on a mask and acting out something else for a night frees us up and puts some lighthearted fun into our lives. This is something all of us need, especially now.

The darker bits of Halloween are important too. Recognizing that we are not immortal, but our memories can be, through the stories we tell. And telling dark and secret stories can be a means of exorcism both for the teller and the listener. Our minds naturally drift with the changing seasons. As summer expires into autumn, and autumn lays its golden dressing in preparation for winter, we begin to think of our own transition from youth to golden, than the twilight of life, when the world slumbers under a mantle of dark nights and fresh snow, waiting to be reawakened. We draw closer. The busy activities of summer projects and recreational time are over. We bask in the warmth and companionship of each other. We bring back the memories of old friends; we dwell on the secret thoughts and not so secret philosophies. We look at the stars and feel them, not as bright chips of light in an evening sky, but as something alive and busy with their own stories.

There is no question historically that Halloween is another of the pagan holidays co-opted by the Roman Catholic Church. Originally known as Samhain (pro. Sow-in; with the ‘sow’ rhyming with ‘cow’), it was a time to celebrate the end of the harvest, and prepare for the winter ahead. It was generally believed to be a time in which the veil between our existence and all other possible existences was thin and back and forth congress could occur. Typical tales of Samhain included stories of faeries, haunts, monsters and the newly dead coming to make amends or exact revenge. It was for this reason that Jack o’ Lanterns were carved (originally from turnips), to light and scare the malevolent spirits.

Once co-opted by the church, it became All Saints day. A day to catch up on worshiping all of the lesser saints that hadn’t been important enough to get their own day. Still here, the theme was, remember those who have passed before you.

It is in this spirit that we bring to you our yearly theme of spookiness. Get ready over the next month to see tales of hauntings, strange dreams, and monsters both imagined and real, UFO’s, strange travels, murder, mystery and mayhem.

You may also find reflection on ancestors past as we celebrate the tradition of the veil thinning. Or perhaps connect to the future for surely the veil knows both past and future. The wheel of the year is after all round, expect the unexpected, and if you don’t find something you connect to, feel free to join in with your own stories.

While some of our writers here may be Neo-Pagans, Christian, Muslim, of the House of Judah or have no religion at all; we all of us love a good story. And, as they days grow shorter and the nights longer, we invite you to our fire and bid you remember, the bard always stays warm.

As Summer Expires into autumn, we turn our hearts and minds inward to home and hearth and traditionally tell stories of friends and loved ones lost, lessons learned and souls damned.